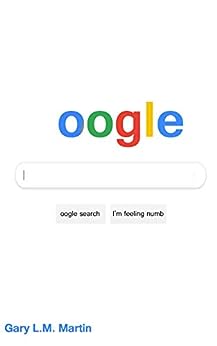 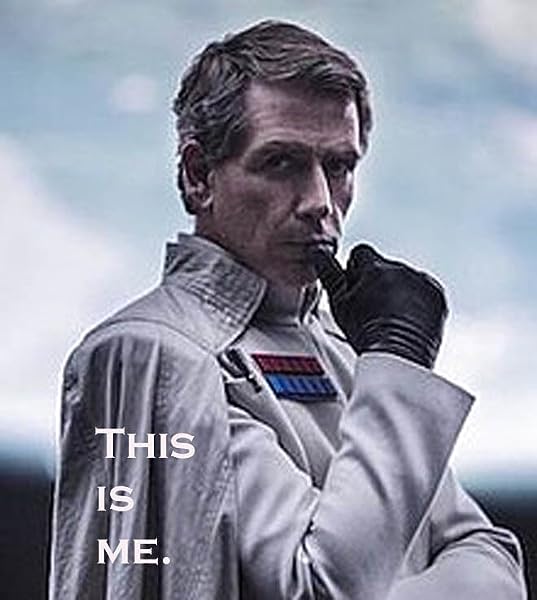 Lenora Ashford
5.0 out of 5 stars A cheeky spoof on the tech boom with a scifi twist
Reviewed in the United States on 2 August 2019
Verified Purchase
In this satirical, tongue in cheek parody of the rise of Silicon Valley, you get a tale of startups Oogle, HeadMash, Achoo, and Bolivia.com and their rise to power in Neuron Valley as they all try to control parts of the neuralnet. But as the companies and profits grow, so does the intrigue and drama.

When this book focuses on the companies, it is a rollercoaster of a tale about corporate greed, ambition, and sex and how the ruthless pursuit of profit can turn people into monsters. It’s entertaining to see how the different companies function and all the differing personalities clashing against one another. The parts I liked the most were of Charlie Taylor and his relationship with Caroline.

Being a geek myself, I found it interesting to see this alternate universe version of how a tech boom can happen and getting peeks at the sordid world within. It’s funny to see all these extreme viewpoints roasted and if you aren’t easily offended by political incorrectness, I think you’ll have a good laugh at some of the events that take place.

Celia
5.0 out of 5 stars A racy satire set against a futuristic backdrop of mind-altering inventions
Reviewed in the United States on 30 July 2019
Verified Purchase
I really enjoyed the fact that this is a satire of the Internet’s early days, otherwise known as the “Dot Com” era. In real life, there was apparently a lot of drama that went down during the creation of some of the most well-known software and tech companies, so this book is an interesting twist on that. It’s loaded with biting wit and sarcasm, which I love. What I also found intriguing was that the author chose to include some actual fact with fiction. This gave the narrative a sense of realism that wouldn't be there if it was just purely sensational sci-fi.

The idea of a memory search engine was very interesting, and I like how that concept is really relevant to today’s obsession with virtual reality experiences. But in this story, that idea is tweaked and given a different spin, because the characters don’t even have to use their eyes since it’s all in their mind. To me, this is far more exciting because they’re not just viewing the memories, they’re actually living them. As the reader, it’s so much more fun when the characters are fully immersed in an experience, rather than just passively observing.

I also really enjoyed being able to watch Larry’s business grow from its humble beginnings to a thriving billion dollar company. Despite being a satire, I really got a realistic sense of the challenges of running a huge company. I particularly liked the parts about the hiring process, and how Larry and his business partner had to adjust to working with all these different personalities. The complex situations they had to face as a team were entertaining because they would occasionally disagree. I liked the dynamic between them because they are opposite personalities, so there were plenty of laughs.
Read more
2 people found this helpful
Report abuse

SailFree
4.0 out of 5 stars A Fictionalized Account--But How Close to Reality?--of the Birth of the Dot-Com Corporations
Reviewed in the United States on 19 August 2021
Verified Purchase
The internecine and extranecine warfare among the tech giants, their womanizing and philandering, their backstabbing and frontstabbing, are spelled out almost as if the author had an inside seat to the lives of the founders of Google, Yahoo, Amazon, and Microsoft in the early days of these tech companies. I'm a fan of Gary L.M. Martin, but this was not my favorite of his novels. The characters were just ordinary vile money grubbers, power hungry, and disloyal to one another. True, these characteristics are those found in his other stories, but in this case they seemed to be just much too darned true to life! And unlike his other novels, there's no real hero here, just a few powerless underlings who don't even resist much. The conflicts are among essentially equally evil or corrupt people. My main complaint is there's nobody to root for.

Still, if one is interested in the tech giants and if one thinks of this as an expose of the corruption and sexual dalliances behind Bill Gates, Jeff Bezos and others, it could entertain you. As science-fiction, Martin's genre, there isn't enough science and it's unclear how much of it is fiction for me, however.
Read more
Report abuse

Tessa
5.0 out of 5 stars Exciting story about the .com craze!
Reviewed in the United States on 4 August 2019
Verified Purchase
Upon reading Gary L. M. Martin's latest book "Oogle.com" I found myself immersed in the creation of the .com world and Neuron Valley  (Silicone Valley).  The writer has left little doubt that there's a close connection between the real internet boom and his futuristic fantasy scenario, but you'll enjoy it all the more because of it.

The story talks a lot about the creation of Achoo!, Headbook, Oogle.com and it's creators, I enjoyed reading about the creators and what the fictional characters went through to get their dreams off the ground.  Gary drops in references to real life occurrences letting the reader know, that at least part of his story has a basis in fact and that lends a little bit of credibility to the story.

Gary tells us that all inventions are created because of sex, and in this book you can't help but believe that's 100% true.  I loved reading how Mark Sugarman, like most young men, is constantly thinking about sex and this in turn ends up with him getting wrapped around this young Chinese girl Priscilla's, finger.  I mean what girl doesn't want to wrap a young, up and coming rich man around her finger, he basically falls at her feet.

The book has some sex in it, which makes Gary's stories even more fascinating as he can write a book that captures your imagination and heats your blood simultaneously.  I enjoyed reading the corporate espionage, family drama and the rise and fall of the mighty corporate warriors.
Read more
Report abuse

Janelle Juncos
5.0 out of 5 stars Hilarious, futuristic slant on Silicone Valley
Reviewed in the United States on 1 August 2019
Verified Purchase
In a satire of Silicone Valley, the author introduces us to "Neuron Valley." In this futuristic novel, a neural chip inserted into the base of the skull allows people to access each other’s memories and upload information. The invention of the neuralnet results in a fertile landscape for entrepreneurs and new tech companies, including search engines like "Achoo" and "Oogle." The novel follows young, sparky tech competitors working to build the next big search engine, navigate their love lives, and pioneer the Wild West of new technology.

My favorite part of any good novel is ferreting out the surprise details, like finding an extra dollar in your jean pocket. It doesn't take much digging in this book! Martin winks at the reader through his references, homages, and sarcasm. I found myself reading passages aloud to whoever would listen, "Craigsbrain!" "Headbook!" Hilarious.

The absurdity lurks in the background of multiple substantial plots with empathetic characters in an expertly-rendered reality. It's a journey into possibility. As soon as you think to yourself "is this a believable storyline," you realize it actually happened in the real Silicone Valley. Lovers of Scifi, tech, and whimsy rejoice, this one is for you.
Read more
One person found this helpful
Report abuse
See all reviews
Back to top
Get to Know Us
Make Money with Us
Let Us Help You
And don't forget:
© 1996-2021, Amazon.com, Inc. or its affiliates