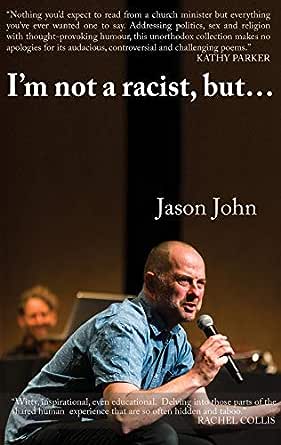 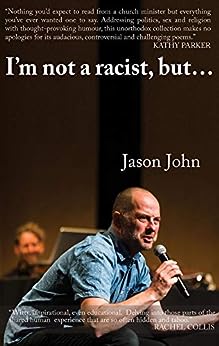 I'm not a racist, but I've got a racist butt. Kindle Edition

Emma Maiden
5.0 out of 5 stars Poetry as art is alive and well and living on the slam poetry stage with Jason John
Reviewed in Australia on 13 May 2020
Verified Purchase
[review copy] Thanks Jason for opening my eyes to a whole new genre of performance art. This book delivers great poetry that jumps off the page on the big issues of the day. It doesn’t hold back.
Read more
Helpful
Comment Report abuse
See all reviews from Australia
Get FREE delivery with Amazon Prime
Prime members enjoy FREE Delivery and exclusive access to movies, TV shows, music, Kindle e-books, Twitch Prime, and more.
> Get Started
Back to top
Get to Know Us
Make Money with Us
Let Us Help You
And don't forget:
© 1996-2020, Amazon.com, Inc. or its affiliates