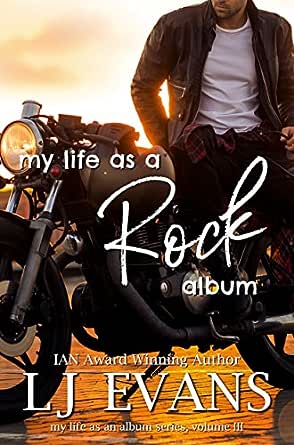 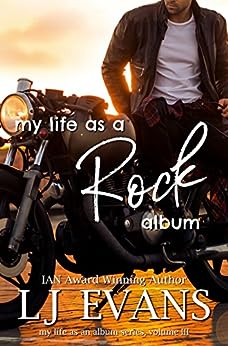 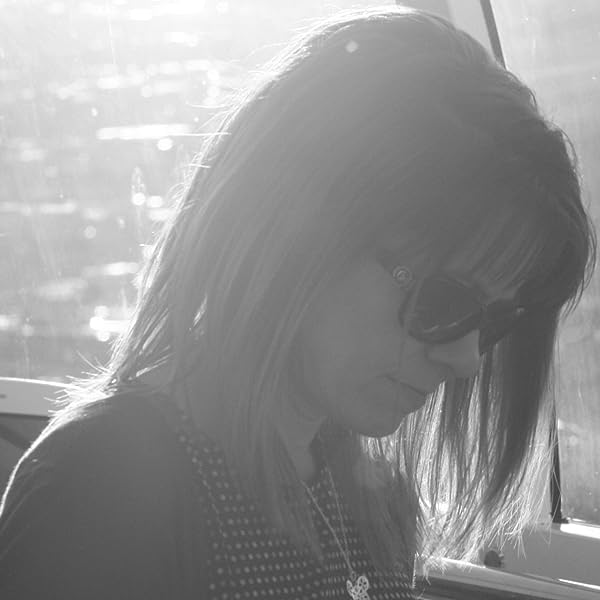 My Life as a Rock Album: A Second Chance, Antihero Romance (my life as an album Book 3) Kindle Edition

SamMac
TOP 500 REVIEWER
5.0 out of 5 stars Absolutely LOVED it.
Reviewed in Australia on 27 June 2018
I absolutely LOVED this story.
Whilst reading this I felt for both Seth and PJ.
The initial emotion of the MC - Seth telling the story. I felt for PJ and would feel/react/do the same. I honestly would of reacted the same.
However, at the same time, I felt for Seth as he's telling the story, and my heart ached for him, gaining a deeper understanding of what and why he did things.
Hats off to the writing style, the storyline and the character development. This story made me feel two things at once. My heart ached and twisted for both PJ and Seth.
Holy Moly - It's an emotional roller coaster and well worth the read.

F.C
5.0 out of 5 stars Book 3
Reviewed in Australia on 17 March 2020
Book 3 when i realised it was going to beSeth's story, i was like uh but i don't like him,
I don't need or want his story but knowing how much i enjoyed the first 2 books made me continue and once again LJ came through with a great story
I like the way LJ changes how she tells a story
Read more
Helpful
Comment Report abuse
See all reviews

Luv2Read
5.0 out of 5 stars I’ve come to believe deep in my soul that broken can be beautiful.
Reviewed in the United States on 29 December 2018
Verified Purchase
Seth, is a recovering alcoholic and a well sot after trash artist, who lost his mom to drugs as his dad, a gang member, watched instead of calling 911 because he was more worried about protracting his drugs.
He meets PJ, a blogger, at an art show show displaying his work.
He is intense and broody and possive and so in love with her, it's like he can't breath when she's not around.
When a stalker comes after her, due to her past, she decides she needs to figure out who she really is. She ends up across the United States.
Now he is writing her letters to convince her of his love for her and to remind her that because of her, she is the only person who has help to change him to be a better person.
This is such an intense story of a man who is misunderstood and a woman looking to find herself.
Love this series and I am looking forward to my life as a mixed tape.
Read more
One person found this helpful
Report abuse

M. Fritz
5.0 out of 5 stars One Powerful Story!
Reviewed in the United States on 26 June 2018
Verified Purchase
Two twisted and battered hearts who were created to meet and help to heal each other's broken pieces do just that in this amazingly beautiful and touching story. I'd been dying to read Seth's tale and this was one huge and powerhouse of a novel. This will take your heart along on the journey with his Bella. The dual point of view is such a powerful way to pace this.... you need to see into both of their souls to really understand what drives them both... what they both battle and run from. There is a part where the controlling Seth finally let's P.J. go and it's such a memorable and both joy-filled and heartbreaking happening. The whole book leads up to this and Ms. Evans fully delivers. Her execution is so masterfully accomplished that it's a scene that you'll long be ruminating about later. It's just my favorite part of this whole story ♡♡♡ I'm so thrilled and excited and just plain ecstatic to finally have been able to read this book! I loved how events in the first two books were intertwined with this one.... it just made everything so perfect to me. Do not pick up this book unless you're ready to invest your heart. Ms. Evans has created another raw and powerful story about love and hope and forgiveness!
Read more
Report abuse

Energy Rae
4.0 out of 5 stars Seth
Reviewed in the United States on 23 July 2018
Verified Purchase
We met Seth in the first book of the series and he was tortured even then, so it was nice that he got his own book. As an artist, his emotions are strong, he feels with every inch of him. So when he meets PJ, who he nicknames Bella, he's hooked. PJ doesn't have a good history with men, so knowing that Seth is a bit of a player, she's not all that interested. But his persistence is charming, and he's easy on the eyes. But she's just not sure she's ready to date.

The two of them come with their fair share of baggage, and they are putting their issues unfairly on each other. Seth is controlling and PJ has a dark past she can't get over. But together they can heal each other's scars. This book was emotional and sweet, with each chapter titled from a Bon Jovi song. I think Evans idea to do this with the series is unique and creative. I would have liked to see each of them be a bit stronger, but I can completely understand being bogged down with the past. With emotions running high, it's hard not to get caught up in their story.
Read more
Report abuse

Sophia P
5.0 out of 5 stars LJ Evans makes you weep in a good way.
Reviewed in the United States on 26 July 2018
Verified Purchase
I was fascinated with Seth when he first appeared in life as a country album and he was such a mess in the first book it was hard for me to see a good side in him. While he has done some serious growing up between book1-3, he’s still Seth in his own way. He has this rawness to him that you just can’t get enough of. It’s like you want to fix him but you also don’t because he’s kinda beautiful the way he is.
What I love about LJ Evans books is that she’s so good at describing feelings and pulling a reaction from the reader. She writes in a way that you feel like you’re the one the main character (cami, mia, Seth) is trying to get. It’s like you don’t connect with the main character because they’re just so well developed and have their own personality but you connect with the target of their affection. She’s so good at breaking your heart and then fixing it.
Read more
Report abuse

The story is told through Seth's letters and through PJ's reactions to and thoughts about the letters. Since Seth has such a hard time articulating his feeling verbally, it made sense to tell the story this way.

An excellent addition to the first two books in the series!
Read more
Report abuse
See all reviews
Get FREE delivery with Amazon Prime
Prime members enjoy FREE Delivery and exclusive access to movies, TV shows, music, Kindle e-books, Twitch Prime, and more.
> Get Started
Back to top
Get to Know Us
Make Money with Us
Let Us Help You
And don't forget:
© 1996-2020, Amazon.com, Inc. or its affiliates