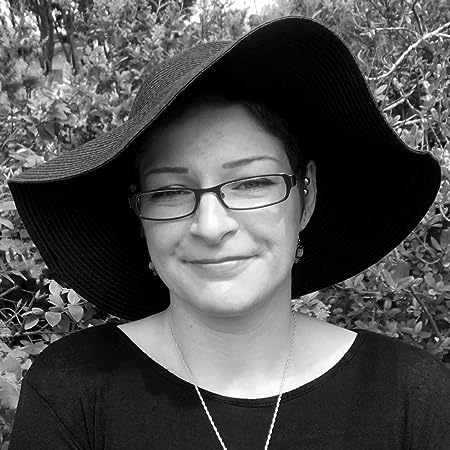 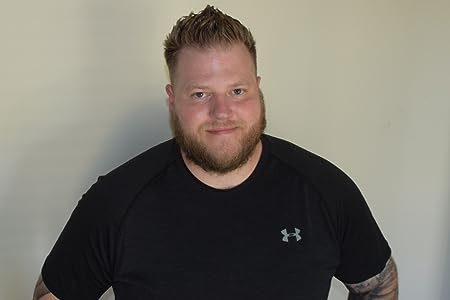 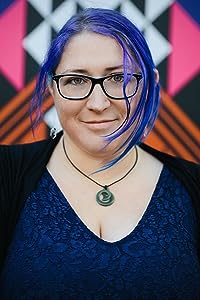 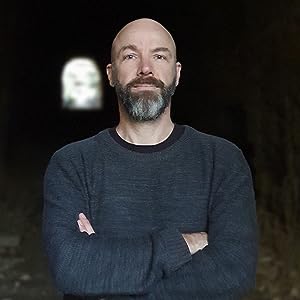 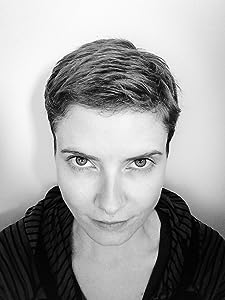 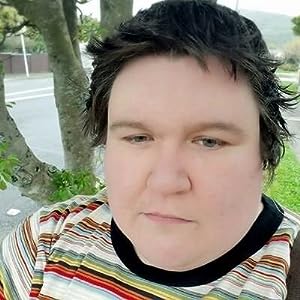 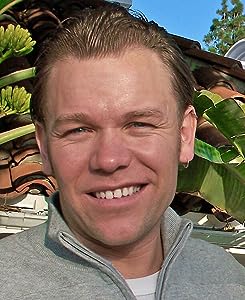 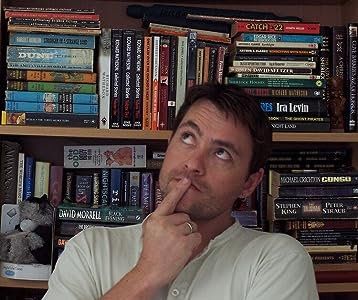 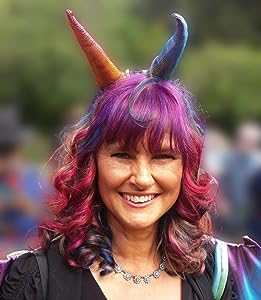 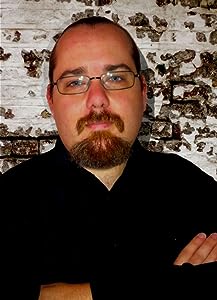 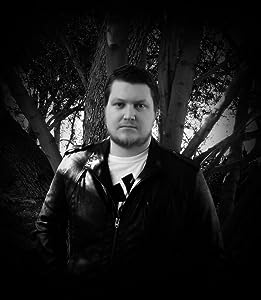 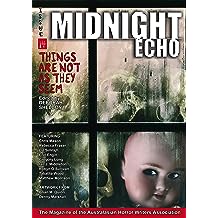 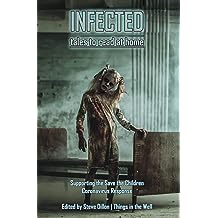 Infected 1 - Tales to Read at Home: A Charity Anthology for the Save the Children Coronavirus Response (Things in the Well - Anthologies) 12/04/2020
by Lisa Morton, Lee Murray, Darren Todd, Kevin J. Anderson, Ben Monroe, Tabatha Wood, Stephen Herczeg, Dawn DeBraal, Eugene Johnson, Paul Moore
( 1 )
$5.00
A collection of terrifying tales set in the very near future... or perhaps it's already here?
From The Introduction by Steve Dillon:
"We live in a time when isolation seems to be the only way to protect ourselves from another infectious plague. Loneliness has become the new norm, it seems, yet we still find ways to pull together in an ever-increasingly world of virtuality.
This anthology was born of a desire to face up the beast that is covid-19, aka coronavirus, aka the 2020 plague; to look in its slavering maw and say ‘fuck you because life goes on, and when you’re gone from this place, the world and its people will be stronger.’

The other driver, for myself and all the wonderful contributors who’ve shared these stories with us, is to see if we can make a difference where we can. In this case to raise funds for the Save the Children Coronavirus Response.
I’m delighted to see such a great response from the people who know such horrors best; the horror writing community, the experts and the dabblers in dark fiction; the people who care to make a difference, who are inspired by the thought that horror fiction can make a difference to those living real-world horror stories. In fact, the response was so great that a second volume is already well under way. So, to all the authors and other contributors, I tip my hat to you all, and wish you a happy and healthy future." 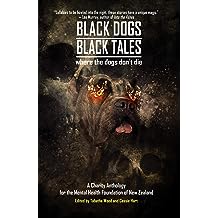 Black Dogs, Black Tales - Where the Dogs Don’t Die: A Charity Anthology for the Mental Health Foundation of New Zealand (Things in the Well - Anthologies) 17/05/2020
by Tabatha Wood, Kaaron Warren, Alan Baxter, Matthew R. Davis, Hari Navarro, John Linwood Grant, P.J. Blakey-Novis, Steve Dillon, J.C. Hart, Melanie Harding-Shaw
( 7 )
$5.00
From the Introduction by Tabatha Wood: "What follows is a varied collection of dark canine tales that will excite, thrill and captivate readers, while supporting a truly worthwhile cause. And above all else, you know the dog won’t die."

From the Foreword by Alan Baxter: "As the stories in this book point out, dogs are the best, and we should all try to be a little bit more like them. Except the butt-sniffing. We don’t need that. Unless it’s your personal kink, in which case, enjoy! Meanwhile, read this book, be transported by the dark tales, and enriched by the wagging tails. And remember, you are awesome." 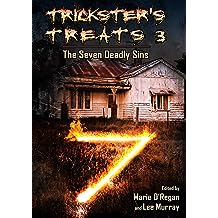 Trickster's Treats #3: The Seven Deadly Sins Edition (Things in the Well - Anthologies) 26/09/2019
by Steve Dillon, Greg Chapman, Lee Murray, Marie O'Regan, Noel Osualdini, Rebecca Fraser, Tracie McBride, William Marchese, Kev Harrison, Samson Hayes
( 3 )
$5.00
This is the third anthology of Halloween stories from the pumpkin-master himself, the Trickster! Our tricky theme this year 'The Seven Deadly Sins' means for each of the 7 sins, we've gathered a crop of 7 spooky stories of 700 words each, giving you a real treat of 49 short stories! All proceeds this year go to Charity: Water. Artwork by horror writer and artist Greg Chapman, and edited by an international lineup of 2 co-editors and 7 sub editors (one for each 'sin') and assisted by Steve Dillon from 'Things in the Well'.
Read more
Other Formats:: Paperback
includes tax, if applicable 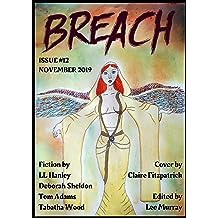 The first of these, LL Hanley’s "The Harvest-Fly", is a military thriller that takes place in a grim post-apocalyptic future, in which the human army appears to be losing its battle against the shuffling undead. It’s in this context, while army grunt Sprog is pondering desertion, that he is nominated to be the squad’s next ‘fly’—his job to act as bait for the slobbering mob. From a fresh voice in action fiction, "The Harvest-Fly" is honest, gritty and unexpected.

In Deborah Sheldon’s "The Littlest Avian", Winston’s budgerigar Maude is evolving into her true form: a giant and vengeful goddess. Bent on revenge himself, Winston relishes her transformation, despite its unprecedented rapidity. Sheldon is an author of some acclaim in antipodean dark fiction circles, and this tightly-crafted and enchanting story of revenge is a great example of her versatility.

Tom Adams’ "Detached" presents an entrepreneurial opportunity begging to be exploited. In this intriguing bite-sized thriller set in our near-future, space-tourists Jon and Jake are headed to Mars on a sightseeing tour. But Jon has some questions, and the answers provided by the Russian crewman are hardly satisfactory. Chilling and highly plausible, "Detached" would make a great movie.

We round out this issue, and my time as Breach’s guest editor, with Tabatha Wood’s "Butterfly", a beautiful story of transformative horror which tells of a young girl who has been horribly disfigured by an unknown disease. Through pithy dialogue of the kind you might hear in any antipodean household and insightful use of internal thought, the narrative explores a parent’s spiralling desperation to make amends.

Regular contributor Claire Fitzpatrick flexes her drawing skills to give us a cover inspired by Deborah Sheldon's "The Littlest Avian".

I’d like to thank Breach for allowing me to play a small part in bringing these tales to you from our talented Australian and New Zealand creatives. 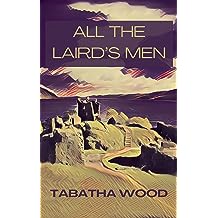 All the Laird’s Men 22/08/2020
by Tabatha Wood
( 2 )
$1.43
A thrilling new novella by Tabatha Wood, author of Sir Julius Vogel-nominated collection ‘Dark Winds Over Wellington: Chilling Tales of the Weird & the Strange.’

Corporal Hopkins just wants to go home. After many years serving with the Laird’s Men, he deserves his freedom. But while the long war that fractured New Britain is over, Raiders in the Scottish forests still pose a deadly threat.

Charged with dismantling a roving horde, Hopkins and his elite unit are outnumbered and woefully unprepared for the real horror that awaits them. From the shadowy depths of the great Loch Ness, an ancient evil is rising.

When the battle for survival in an unforgiving country never ends, Hopkins knows it doesn’t matter which side you’re on. In the darkness, everybody bleeds the same. 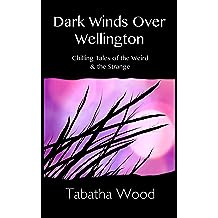 Dark Winds Over Wellington: Chilling Tales of the Weird & the Strange 20/03/2019
by Tabatha Wood
( 6 )
$4.41
Horror and speculative fiction author Tabatha Wood invites you to the Coolest Little Capital, where nothing is quite what it seems.

Strange creatures lurk in the shadows of the Beehive, while a beast From The Deep is determined to destroy us all. Being Neighbourly might just change your life, and if you listen closely you can hear demonic Whispers in the wind. So sit back, take a sip of A Good Cup of Coffee and question all The Things You See. In the city, there are no Second Chances and every chapter might be your last.

Inspired by Wellington legends and folklore, these thirteen original short stories will drag you on a chilling journey through the eerie, the weird and the strange.
Read more
Other Formats:: Paperback
includes tax, if applicable
Back to top
Get to Know Us
Make Money with Us
Let Us Help You
And don't forget:
© 1996-2021, Amazon.com, Inc. or its affiliates