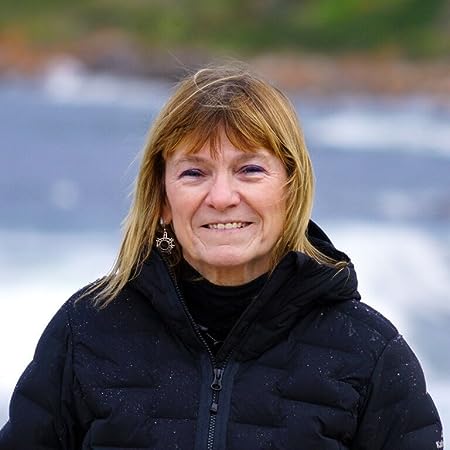 I was born in the United Kingdom and emigrated to Australia in my teens.

I worked on a racehorse property below the Great Dividing Range in Victoria. I was living the dream, while reading books by Wilbur Smith and Dick Francis. My love of writing emerged early in my life.

While living in Hong Kong in the nineties, I attended creative writing courses and became involved in writing for club magazines including The Belgian Hong Kong Society and the South China Diving Club’s ”Buddyline”

On returning to Australia life once again carried me away from writing and it wasn’t until a move to a rural property in the Adelaide Hills, South Australia, with my husband Peter, whose photographs appear on my website, and our Bearded Collies, Elsa and Kuura, that my passion for writing was reborn. 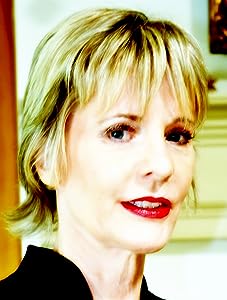 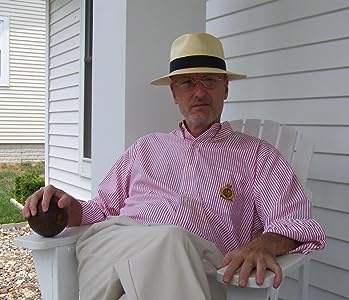 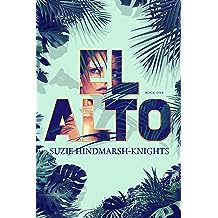 El Alto 25/01/2021
by Suzie Hindmarsh-Knights
( 3 )
$6.49
Torn between the love of two women, William Landon leaves the safety of Australia, to fight in the jungles of Peru.In 1970 William Landon returns home to Peru after finishing his final year of school and reunites with his sweetheart Claudia Wayne. They plan to take time out and travel through Peru together, but just as they begin their adventure, they’re kidnapped and transported into the Amazon jungle by an emerging communist group, Sendero Luminoso. Caught between her passion for change, love for William, and violence of the party leader, Claudia sacrifices her freedom to save William. He returns to Australia and reluctantly moves on with a woman who traps him in marriage. But Claudia is a constant in his thoughts, and when tragedy strikes, William is forced to re-evaluate his life and returns to Peru to find her.However, Peru has mandatory conscription, and when he returns, William is forced into military duty. What is two years of his life, if in the end, he is reunited with Claudia? But fate leads him down a different path, and he is torn between duty, fidelity and desire, and two infinitely different women that love him.
Read more
Other Formats:: Paperback
includes tax, if applicable 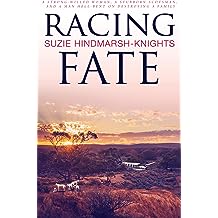 Racing Fate 03/09/2018
by Suzie Hindmarsh-Knights
( 8 )
$4.99
After her father’s unexplained death and her family becoming unsuspecting targets, Penelope Martin is left with more questions than answers. Her plan to sell the family home couldn’t have come at a better time. In a desperate move to leave town, she accepts a teaching job and moves to the safety of her sister’s Cattle Station in the Australian Outback
To start her new job, she is forced to stay with notorious ladies’ man Lachlan McDonald. They were an item years ago until Penelope learned he was nothing but a depraved, self-opinionated, womanizer. Pitting her wits against Lachlan, the incidents back home and with her deceased father, are forgotten.
Lachlan isn’t happy about sharing his house with Penelope. She has a chip on her shoulder bigger than Ayres Rock. He might not be able to control strong-willed Penelope, but while she resides under his roof, she will abide by his rules.
Just as Penelope finds something like happiness, an old enemy appears, threatening everything the Martin family holds dear. What does he have planned? And will the family be ready? Penelope and Lachlan must set aside their grievances if they are to save the lives of those they love.
Read more
Other Formats:: Paperback
includes tax, if applicable 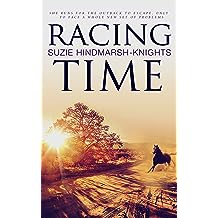 Racing Time (Racing Series Book 2) 26/04/2018
by Suzie Hindmarsh-Knights
( 7 )
$4.99
Ellen Williams runs for the Outback to escape her disintegrating life, only to run into a whole new set of problems wrapped around Alexander McKenzie

Ellen Williams needs to disappear. Her bright career as an international jockey is washed away as she’s implicated in a horse doping scam—one of the worst crimes in the racing world. Humiliated, alone, and on the run, she answers a job advertisement in a place that’s far from her working life. The job, however, is everything that Ellen isn’t—cook and housekeeper on one of the largest Cattle Stations in Australia.

Alexander McKenzie is a desperate man. His top hand will quit if he doesn’t find a suitable housekeeper and cook. However, Alexander knows he’s made a mistake hiring Ellen—she’s going to be like the last four young women he fired—suffering through the trials of the Outback to hunt a wealthy husband and the last thing Alexander needs is a wife.

Ellen knows from experience that men are nothing but liars, and trouble—they destroy careers—and hearts. She’ll not let the likes of Alexander McKenzie beat her, after all how hard can managing a house and kitchen be?

Amid the lies and secrets that come with cattle rustlers and racehorses, Ellen must find her place in a new world. But when Ellen’s past catches up with her, Alexander’s intervention will either bring their lives together or explode them apart! 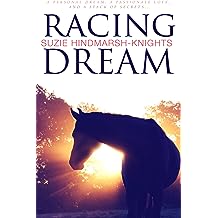 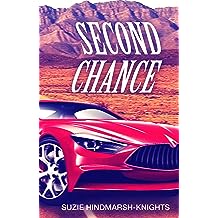 Second Chance 27/02/2019
by Suzie Hindmarsh-Knights
( 2 )
$4.99
Past and present collide on a car club trip to the Outback when unexpected events turn to murder.Cindy Wilson is starting a new life. She has a new sports car, joined a sports car club and is making some quirky, fun friends. The members of the club argue a bit but learning to be among people is exactly what she needs right now. She’s determined to recover from a lifetime of isolation and her father’s abuse. She’s going on the next club holiday, despite the club politics and petty arguments—she’s going to have fun.Ex-police officer, Aidan Barkley, is still trying to recover from the death of his wife in a bungled police raid. Although exonerated, he blames himself. His brother talks him into driving his sports car on one of his car club holidays. Aidan knows he needs the break and he agrees to go—but doesn’t expect to have fun.When Aidan and Cindy meet, sparks fly, but the arguments between club members are more than small squabbles, and Aidan’s wife wasn’t the only casualty in the police raid.With a mysterious weave of hidden connections and a man bent on revenge, lives and new loves are on the line.
Read more
Other Formats:: Paperback
includes tax, if applicable 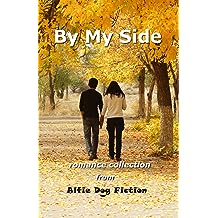 By My Side 15/06/2014
by Peter Lingard, Michelle Martin Dobbins, Perry McDaid, Roger Noons, Lilliana Rose, Ginny Swart, Samantha Tonge, Theresa van Meter, Fay Wentworth, Alan C Williams, Angela K Blackburn, Patsy Collins, Karenne Griffin, Suzie Hindmarsh-Knights, Rebecca Holmes, Bernadette James, Lydia Jones, Svetlana Kortchik, Linda Lewis, Peter Youell, Alfie Dog Fiction
( 4 )
$3.99
By My Side brings you 20 of the best romantic stories from writers around the world.
Be transported to the past in the war-torn Three Months of Summer and back to the present in the gentle modern everyday situation of The Pool Doctor. Feel your heart racing through the ethical dilemmas in Would you Shoot Me? and the danger and drama of Run From the Sun.
These stories will transport you to a world of love and romance and leave you breathless. In far-away locations or in everyday situations there really is someone for everyone.
Stories included are: And the organ played on – Fay Wentworth, Egg and Chips – Bernadette James, Yablonski’s Two-Step – Peter Lingard, Run from the Sun – Suzie Hindmarsh-Knights, Missing Piece of the Jigsaw – Samantha Tonge, Would You Shoot Me? – Peter Youell, Lakeland Romantics – Rebecca Holmes, Ad Lib – Patsy Collins, Three Months of Summer – Svetlana Kortchik, The Old Lamp – Linda Lewis, Star Bright – Alan C. Williams, Buried Treasure – Theresa Van Meter, Signwriting – Angela K. Blackburn, Talking to Tarzan – Ginny Swart, The Marvellous Miss Shaw – Lydia Jones, Costa Magica – Roger Noons, Beeched – Perry McDaid, The Pool Doctor – Michelle Martin Dobbins, Tale of a Dog – Karenne Griffin, Following Dreams – Lilliana Rose 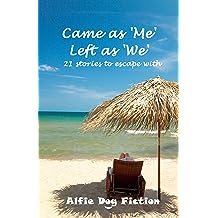 ‘Came as ‘Me’, Left as ‘We’’ contains a mixture of women’s fiction, feel good stories and romance, while ‘This Land is My Land’ is more action and adventure driven and both contain stories to leave the reader thinking. Alfie Dog Fiction’s managing director, Rosemary Kind, says “We know from our readers that they like to stock up on reading matter for their holidays and these collections offer the perfect way to do just that.”

Both collections have a truly international feel, not only through the spread of the writers but the fascinating backdrops to the stories. Within the pages the reader will travel from diamond mining in Australia to a lone tree in an African desert, from the quintessential English seaside Pier to the jungles of Malaysia and coast to coast across America.
Read more
Other Formats:: Paperback
includes tax, if applicable
Back to top
Get to Know Us
Make Money with Us
Let Us Help You
And don't forget:
© 1996-2021, Amazon.com, Inc. or its affiliates