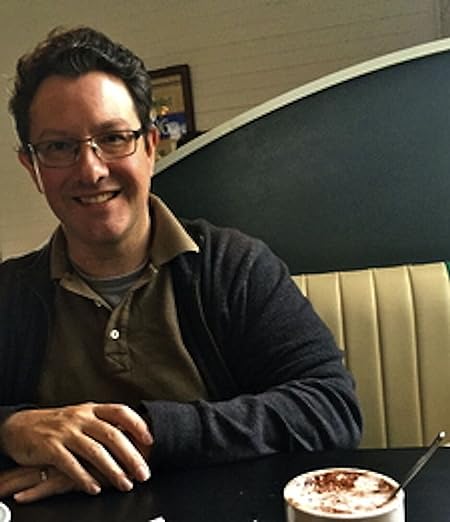 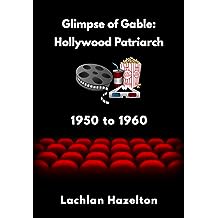 Glimpse of Gable: Hollywood Patriarch 1950 to 1960 19/11/2020
by Lachlan Hazelton
$3.99
The King of Hollywood's crown sits uneasily on his head. He and his kingdom are fighting battles on multiple fronts. Things are changing. The movie industry is still fighting against television, though the cause is lost. Tastes are changing. Always slow to adapt, studio bosses were as unsure as their stars about how to navigate it. It was the same for Gable. Personally, he was tired of being a bachelor. He married and divorced and remarried. Professionally, he was unhappy and threw off the protection of the studio to work as an independent.
With control of his career, his personal life settled too. He married and had two step children for a ready made family. He was happy and keen provide for them. He was also focused as ever on proving himself as an actor and a box-office draw. Clark Gable found his best chance yet in the desert near Reno..His cowboy teaming up with Marilyn Monroe to chase wild horses. After nearly thirty years, Clark Gable held his own against young up and coming stars. By his reckoning he saw out the fifties and headed into the sixties still on top.
Read more
includes tax, if applicable 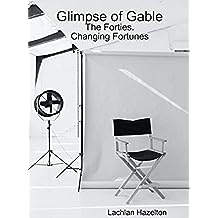 Glimpse of Gable: The Forties: Changing Fortunes 03/06/2020
by Lachlan Hazelton
$2.34
Glimpse of Gable: The Forties takes a look at the changing fortunes of the King of MGM. Clark and Carole’s happy marriage, Clark’s wandering eye. The tragedy of that plane ride and his stoic devastation in the intense media scrutiny around his beloved Carole’s death.

His hard work at officer training and decorated war service, followed by a return to movies and the hectic bachelor’s to fill the aching void. Making movies wasn’t the same. He wasn’t the same. MGM isn’t the same either. Change is coming. Television is one of many threats. Clark Gable proves he’s a survivor. Follow his career as he rediscovers his love of life and his work.
Read more
includes tax, if applicable 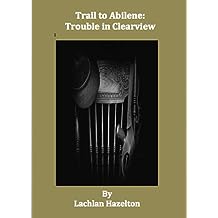 Trail to Abilene: Trouble in Clearview 03/06/2019
by Lachlan Hazelton
$3.99
Follow Rose and her reg tag family as they try to protect what's theirs at home and on the trail. Short handed at the ranch, the no good sheriff and his son are making trouble for the whole town, but things get tough for Rose and her brood. Lucy and the others are still on the trail trying to make up time with the herd, as they run into troubles of their own. Luckily, Rose and the Colonel ain't raised no cowards. They'll dig in and get it done, whatever it takes.
Read more
includes tax, if applicable 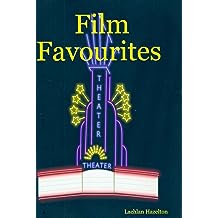 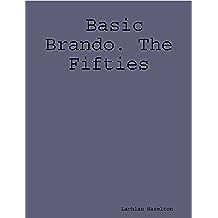 Basic Brando: The Fifties 31/07/2018
by Lachlan Hazelton
$1.34
Rediscover Marlon Brando's beginnings in theater and his most productive and enduring period in Movies. Touch and explore the passion of his breakthrough stage role, plus his dynamic energy in unique and enduring roles from the Fifties. Roles and Characters that still resonate with movie fans today.
Read more
includes tax, if applicable 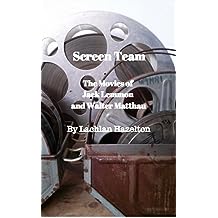 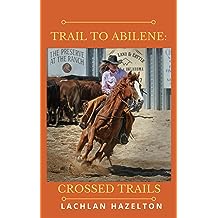 Trail to Abilene: Crossed Trails 13/11/2017
by Lachlan Hazelton
$3.99
Trail to Abilene follows a ragtag family of cast offs and mischief makers as they team up with their neighbors and a few unexpected characters to take their stock in for sale. They meet all kinds of obstacles along the way. Ma Rose deals with trouble in town and protecting the ranch while being left short handed. Then there's Lucy, the newest adopted daughter is determined to make her mark on the trail and show everyone this girl can stand toe to toe with the men and match them every step of the way. All this makes for a great frontier western yarn with twists and turns thrown in. So saddle up and enjoy the ride as you're swept along in this new western series.
Read more
includes tax, if applicable 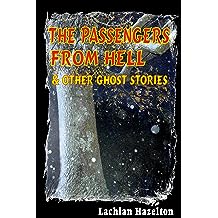 The Passengers From Hell & Other Ghost Stories 28/06/2017
by Lachlan Hazelton, Damaris West
$5.24
Twelve standalone tales of mystery and peril.

From a dark and lonely night by a Texan campfire to a mysterious heap of stones beside a Victorian railway, this collection of unique ghost stories will keep you guessing - not to mention sleeping with one eye open ...

What makes these tales special is a combination of intense attention to detail, close emotional involvement with a varied cast of characters, and cumulative menace. You won’t find hyperbole or cliches, nor splatterfest, but prepare to be intrigued and unsettled, and to have your preconceptions challenged by situations and outcomes that are familiar - but not so familiar. These are stories which will expand your imagination and linger long in your memory.

Further down the street, there were houses which looked like something out of a spaghetti western in that they were merely façades with nothing much behind them. The internal walls had fallen in and rusty steel bulwarks now propped up the fronts - it wouldn't be long before there'd be nothing left to support.

The village garage had been servicing two cars at the time of the attack and their burnt-out shells had survived while the timber walls and corrugated steel roof had long since given up the ghost. Side by side, their broken windscreens appeared like a pair of dark hollowed out eyes, making them seem like an oversized steel zombie. For some reason, it caused Tommy to shiver but, of course, he said nothing.

So many possibilities had been laid low by a vicious combination of unforeseeable fluke and unstoppable self-destruct process. Where not long before there had been a bright future stretching ahead of her and her husband, now there was only a past lying behind them.

She opened her eyes in an effort to stave off the dark thoughts which were beginning to overwhelm her and drag her back down to the depths of the depression that medication had struggled to help with. Was it the wind pressing against her eyes that had caused the tears to form or was it her emotions? She had certainly cried a great deal in recent months.

What was that in the periphery of her vision? She turned her blurry eyes to focus more directly and saw a small figure. The child, and it was a child, was running, stopping, looking around, going backwards, forwards, peering out to sea. It was all in a seemingly random fashion. Maybe the child was playing some kind of game?
Read more
includes tax, if applicable 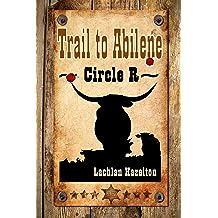 The Circle R 12/07/2016
by Lachlan Hazelton
$2.50
Nate and Casey get more than they bargained for heading back to the Circle R Ranch. A bandit and a hostage between them and home. They can't just leave her.