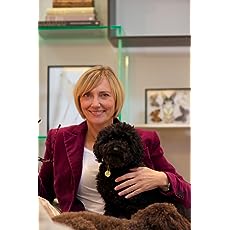 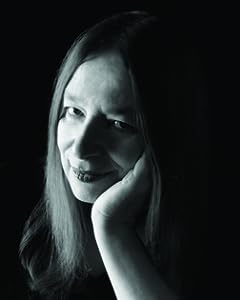 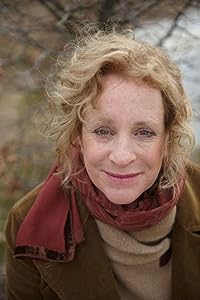 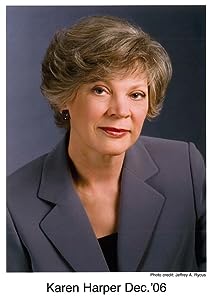 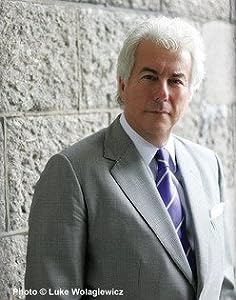 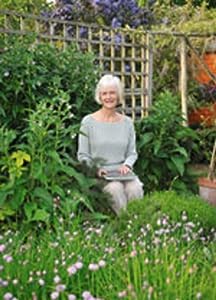 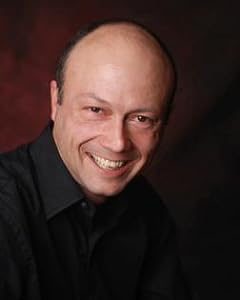 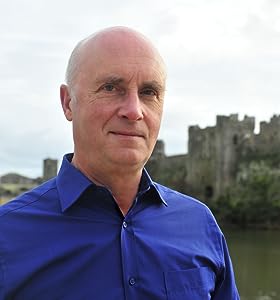 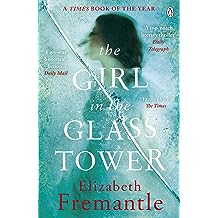 But to do so she must trust those on the outside.
Those who have their own motives...

Discovery means death. But what choice has any woman trapped in a man's world?

Imprisoned by circumstance, Arbella Stuart is an unwilling contender for the throne. In a world where women are silenced, what chance does she have to take control of her destiny?

Praise for The Girl in the Glass Tower:

'Thrilling, clever and beautifully written' The Times, 'Books of the Year'

'Beautifully written, completely engrossing and a book that stays with you after the pages are closed' Historia 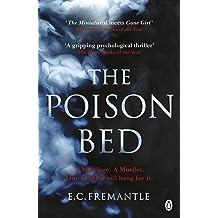 'The Miniaturist meets Gone Girl. Gripping and full of surprises' BBC History 'Books of the Year'

Frances Carr is imprisoned in a cold, lightless room.

She is accused of murder.

In a cell nearby is her co-accused - her husband Robert.

Kept apart and alone, Frances can only tell her side of the story.

How did she come to be here?

Can she somehow prove her innocence?

'A gripping psychological thriller. Readers will be awake deep into the night, trying to untangle the truth' The Times 'Books of the Year'

'A tale of intrigue and ambition, this is a rich and fascinating book' Guardian 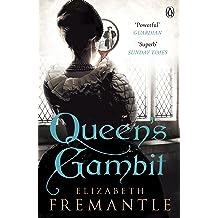 If you love the BBC's The White Queen you'll love this.

My name is Katherine Parr.
I'm 31 years old and already twice widowed.
I'm in love with a man I can't have, and am about to wed a man no-one would want - for my husband-to-be is none other than Henry VIII, who has already beheaded two wives, cast aside two more, and watched one die in childbirth.

What will become of me once I'm wearing his ring and become Queen of England?

They say that the sharpest blades are sheathed in the softest pouches.
Only time will tell what I am really made of...

For fans of Hilary Mantel, Philippa Gregory and Alison Weir, Elizabeth Fremantle's first novel, Queen's Gambit, is a riveting account of the Tudor queen who married four men and outlived three of them - including Henry VIII.

Rich in atmosphere and period detail, and told through the eyes of Katherine and her young maid Dot, it tells the story of two very different women during a terrifying and turbulent time. If you loved Wolf Hall, The Other Boleyn Girl or the BBC drama series The Tudors, then Elizabeth Fremantle's Queen's Gambit is the book for you. 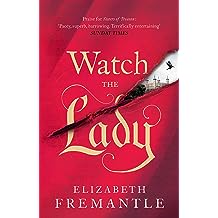 Watch the Lady (The Tudor Trilogy) 18/06/2015
by E C Fremantle
( 51 )
$12.99
THE QUEEN'S GODDAUGHTER. HER MOST TRUSTED MAID. ADULTRESS. ENEMY OF THE STATE. WHO IS THE REAL PENELOPE DEVEREUX? Penelope Devereux is a legendary beauty in the court of Elizabeth I, with a smile that would light up the shadows of hell. But it's not just her looks which have won her favour with the Queen wing; her canny instinct for being in the right place at the right time, and her skilled political manoeuvrings under the guise of diplomacy, have rendered her a formidable adversary to anyone who stands in her path. Including Elizabeth. For Penelope must secure the future of the Devereux dynasty at whatever cost. Even treason. And the Queen, a woman she holds responsible for the death of her father, the exile of her mother and her failure to marry the one man she ever truly loved, is just one more pawn in a deadly game. Walking the knife-edge of court, whilst ensuring that her reckless brother Essex remains the only star in the Queen's firmament - and out of the Tower - Penelope must plan for the inevitable succession of an ailing monarch. But her secret letters of friendship to a foreign King - one who has a strong claim to the English throne - could see her illustrious family in the gutter and her own head on the block. It would only take a single mistake, a slip of the tongue, an intercepted message for Penelope to become the architect of her downfall. In a world where sister is turned against brother, husband against wife, courtier against queen, the rules of the game are forever changing. Praise for Watch the Lady 'The research and historical detail are impeccable . . . and fans will enjoy this evocation of Elizabeth's tumultuous court' Times 'A glamourous tale peopled by warrior poets, flamboyant courtiers and shameless loves, it is also sharp, perceptive and dramatic' Sunday Express 'Be transported to the court of Elizabeth I, where Penelope Devereux is prepared to do anything in the scramble for power. Watch The Lady by Elizabeth Fremantle combines fast-paced storytelling with rich period detail' Good Housekeeping 'If you want an immersive read then this is it. The remarkable story of the beautiful Penelope Devereux comes vividly alive, bursting with colour and detail. The reader is transported to the perilous Elizabethan court, with all its plots, treachery and heartbreak, and gains fascinating insights into some of the most important figures of the time. Yet again Elizabeth Fremantle has produced a pacey, powerful narrative that kept this reader riveted throughout' Jane Thynne 'Penelope Devereux, perspicacious, beautiful and muse of Sir Philip Sidney, will stop at nothing for the sake of her family. I was gripped by the tale of risky political and sexual shenanigans in the court of Elizabeth l' Woman and Home 'Penelope is a fascinating character and beautifully drawn in this enthralling, moving and immaculately written novel... Fremantle handles the intriguing with aplomb and it's impossible to read the books without feeling you are living events alongside the characters' Imogen Robertson, Historia 'Fascinating . . . it's a delight to keep Penelope company as she plunges into the intrigues of Elizabeth's court' The History Girls 'Ever since Queen's Gambit took the world of historical fiction by storm 3 years ago, Liz Fremantle's books have been the ones to watch in the world of Tudor fiction. The combination of depth, intelligence and real historical imagination that she brings to bear on the lesser-known (but immensely powerful) women of the Tudor era is unmatched in contemporary writing and gets better with each book.
Read more
Other Formats:: Hardcover , Paperback
includes tax, if applicable 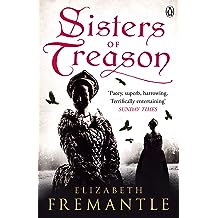 Sisters of Treason is a powerful and moving story of passion and peril in Tudor England, perfect for fans of Hilary Mantel.

Seeing the threat posed by her cousin, Lady Jane Grey, the Queen orders her execution. But what of Lady Jane's young sisters - Katherine and Mary? Cursed with royal blood, they must endure the perils of a Tudor court, closely observed by its paranoid Queen.

Entranced by the drama, intrigue and romance of court life, young Lady Katherine's desire for love leads her to make ill-advised and dangerous liaisons. Burdened with a crooked back, her younger sister, Lady Mary - the 'mouse' - is seen as no threat and becomes privy to the Queen's most intimate secrets. Yet Mary, who yearns to escape court dramas, knows her closeness to the Queen could be her undoing.

For the Queen is childless and in ill-health. If she should die, her fearsome sister Elizabeth will inherit the crown. Then Katherine and Mary will find court a maze of treachery and danger - where possessing royal blood is the gravest crime of all . . .

Praise for Elizabeth Fremantle:
'An endlessly fascinating era, and Fremantle manages to combine pacey storytelling with superb background. . .terrifically entertaining.' The Times
'Fremantle is surely a major new voice in historical fiction (...) what Hilary Mantel fans should read while waiting for the final part of her trilogy' The Bookseller
'A sumptuous epic' Metro
'Gripping' Woman & Home
'A great read. Sisters of Treason totally transports the reader to the Tudor court, with all its tensions and games' Katherine Webb, author of The Misbegotten
'Electric' Good Housekeeping
'Rich and enticing' Stylist
'Elizabeth Fremantle brings the decadent, conniving, back-stabbing world of the 16th-century British court to brilliant life here, revealing what one woman can teach us all about the timeless art of survival'Andrea Walker, Oprah.com
'Wildly entertaining' Huffington Post

Elizabeth Fremantle is the author of Queen's Gambit and Sisters of Treason. She holds a first in English and an MA in Creative Writing from Birkbeck. As a Fashion Editor she has contributed to various publications includingVogue, Elle, and Vanity Fair. Her debut novel, Queen's Gambit, was published in 2013 followed by Sisters of Treason. Her new novel, Watch the Lady, is out in June 2015. 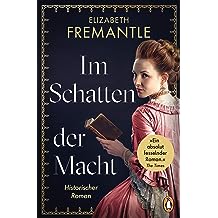 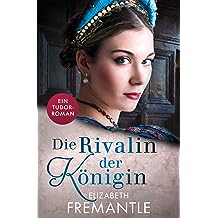 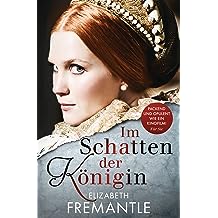