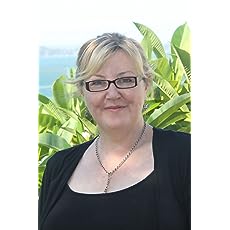 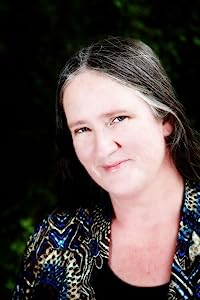 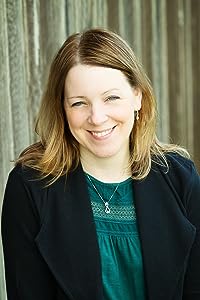 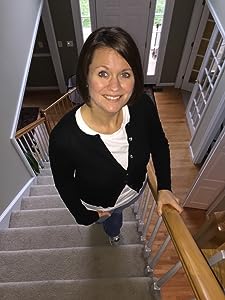 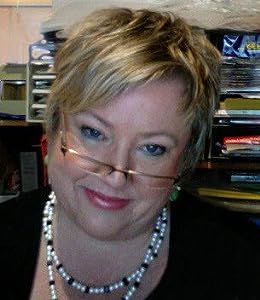 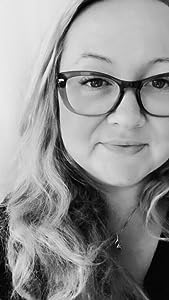 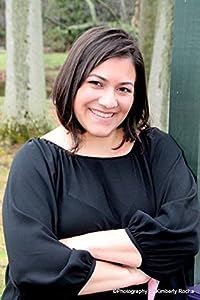 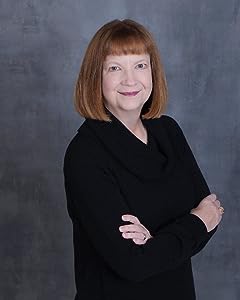 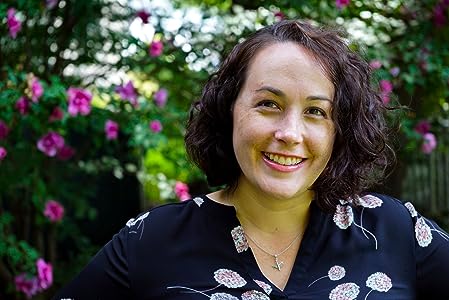 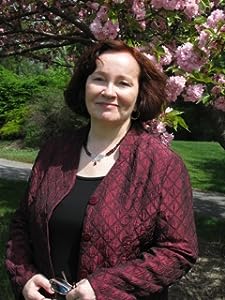 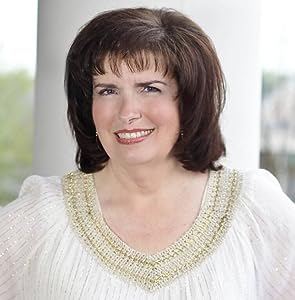 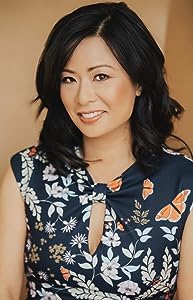 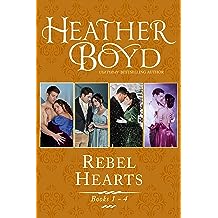 THE WEDDING AFFAIR: Sparks fly as Lady Sally Ford’s first love returns just in time to witness her wedding to another man. But with every argument and stolen moment, their former passion reignites as if it had never waned.

AN AFFAIR OF HONOR: Seeking escape from a marriage minded miss, Captain William Ford makes a desperate bargain with the maid who saved his life in return for acting the part of his lover—only to end up in a very real marriage of convenience.

THE CHRISTMAS AFFAIR: A lonely shopkeeper offers shelter to a not so innocent miss to overcome the bitter memories of Christmases past, but could such a wicked connection ever lead to a happily-ever-after?

AN AFFAIR SO RIGHT: Heartbroken and desperate, an unmarried lady enters the employ of a disastrously disorganized and distracting viscount in a bid to prove her father’s death more than an accident. 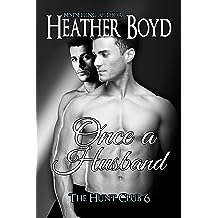 Once a Husband (The Hunt Club Book 6) 05/09/2017
by Heather Boyd
( 6 )
$3.99
Husband. Father. Son. Earl. Rupert Manning has thoroughly lost his way. Already resigned to a loveless marriage, he never expected that to be taken away from him too when his wife is murdered. Implicated her death unless he can clear his name, he’s determined to uncover her murderer and the secrets of her life—so that he too might be free to live the life he should have fought for.

Five years ago Angelo Marinari limped away from his life gravely wounded and hid from everyone he’d ever known and loved. Now earning his way as a fighter and entertainer, Angelo is resigned to his life until fate lands the love of his life at his feet—bloody and beaten and breathtakingly defiant. Saving Lord Bracknell complicates everything but is he strong enough to abandon the earl twice when he and his son are in grave danger? 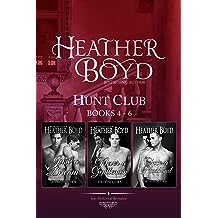 Just a Dream: On the surface, Raphael and James have everything they need until James’ upcoming birthday forces both to reassess what James’ well-ordered, respectable life lacks most—forbidden passion. Can James follow through with his well-reasoned, sensible decision when a man who knows what he wants, needs him too?

Never a Gentleman: Victor Knight has never been able to juggle his work and love life to anyone’s satisfaction. When an evening at the Hunt Club ends in blistering sex with the Earl of Beecroft, Victor welcomes the distraction from the problems afflicting his business until his lover appears entwined in them.

Once a Husband: Angelo Marinari limped away from his life gravely wounded once but when fate lands the love of his life at his feet again—bloody and beaten and breathtakingly defiant—is he strong enough to abandon Lord Bracknell twice when he and his son are in grave danger? 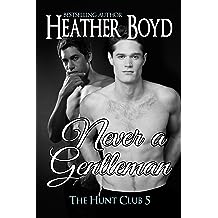 Never a Gentleman (The Hunt Club Book 5) 02/12/2014
by Heather Boyd
( 7 )
$3.99
Victor Knight has never been able to juggle his work and love life to anyone’s satisfaction. A hardworking investment banker in London, he’s obsessed with maintaining his client’s privacy and profits, and cannot understand why his clients are withdrawing funds when he’s making them a good profit. When an expected dull evening supper at the Hunt Club ends in a blunt invitation to have sex with the Earl of Beecroft, Victor welcomes the distraction on the proviso they never discuss his business affairs.

Daniel Wellham, the Earl of Beecroft, has long admired Victor Knight and even understands and admires the banker’s preoccupation with work. Their night together is everything he hoped it would be and while he longs for permanence his secret life as a spy means he too can never reveal too much of his own history. Unfortunately, when he realizes that all is not right in Victor’s life those promises he made to keep his nose out of the banker’s business means he cannot offer to help or explain that his latest mission might take him away forever. How can love and trust be possible when duty and responsibility prevent total honesty? 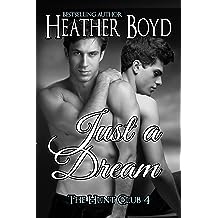 Just a Dream (The Hunt Club Book 4) 08/06/2014
by Heather Boyd
( 5 )
$3.99
On the surface, Raphael has everything he needs: good friends, a title, and membership to the decadent Hunt Club where forbidden pleasure can be had at a moments notice. Pretending is not what he wants. Expectations by family and friends keep his feelings for Lord Claymore at bay. When his best friend returns to London in a black mood, Rafe sets out to cheer him up and make Claymore’s upcoming birthday an event to remember.

Shaken and uneasy of his growing attraction to men, James has reached an uncomfortable crossroads in his well-ordered, respectable life. Plans to end his torment on his birthday are mere days away. However, his intention to explore forbidden passion just once comes unstuck. Can James follow through with his well-reasoned, sensible decision when a man who knows what he wants, needs him too? 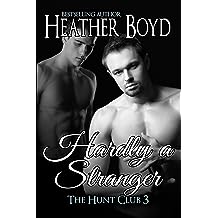 Hardly a Stranger (The Hunt Club Book 3) 02/11/2011
by Heather Boyd
( 4 )
$3.99
The Duke of Staines has the worst luck in wives and lovers. A widow for fifteen years, Ambrose is busy running his gentleman’s club, snatches pleasure from transient lovers, and relies on Francis Redding to provide intelligent companionship between social engagements. There is only one problem with his relationship with Redding; the man would make the perfect lover, if only he wasn’t a dependant servant.

Life-long footman to the Duke of Staines, Francis Redding, is hardly a stranger to the disappointment of unreachable dreams or the duke’s unorthodox love life. He’s lived in the duke’s shadow for most of his life, trained as a surgeon at his request, too, and has all too frequently kept the duke out of trouble. It’s not a bad life for a farmer’s son, until the duke’s luck runs out. 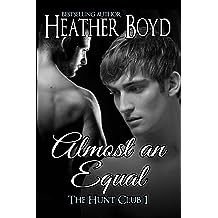 Almost an Equal (The Hunt Club Book 1) 15/06/2011
by Heather Boyd
( 7 )
$3.99
When the Duke of Byworth's empty marriage is threatened by a fellow duke he is naturally aggrieved. Nathan cannot allow the potentially damaging contents of his wife's diary to reveal the depths of their estrangement because exposure of his secret dalliances with other men would taint his innocent children's lives. Not to mention end his life. So, without revealing his mission to his steward, Henry Stackpool, a man he trusts for everything else, Nathan undertakes to steal the diary back alone.

Former pickpocket and molly house whore, Henry Stackpool, works hard to keep his position as right hand to a moral man, the Duke of Byworth, but he fears his kind hearted employer is ill-equipped for a confrontation with his unstable opponent. Yet Henry cannot reveal his knowledge of the threat without exposing the secrets of his past or his keen interest in Byworth's safety. So when fate places Henry in harms way, he risks his hard won reputation to retrieve the diary. Yet he too is held captive, and when Byworth comes to his rescue his lies are revealed.

Can Byworth forgive him for his deception and will Henry keep the country life he's grown to love? 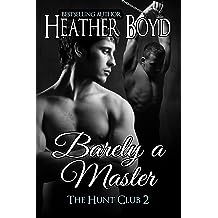 Barely a Master (The Hunt Club Book 2) 03/10/2011
by Heather Boyd
( 3 )
$3.99
The trappings of wealth and power give Aiden Banks, Duke of Lewes, little joy and certainly no pleasure. Tormented by grave mistakes he made in the past, he's learned control of his temper at great personal cost, finally shouldering the blame that he has lost the only man he had ever loved through his own actions. His only remaining goal is to educate his young heir to take his place as duke and then he will be free of his responsibilities.

Terrance Bridgewater has freedom at long last with no one to slow down his pursuit of reckless adventure. In London briefly en route to a ship bound for the continent, brings him face to face with his past. Running into the dark and dangerous Duke of Lewes is a complication he'd hoped to avoid. Despite his mistrust, the volatile duke's plea for a second chance tempts Terrance to lower his guard but on his terms only. Yet what can come of two souls with nothing in common but lies, opposing desires, and with far different futures ahead?