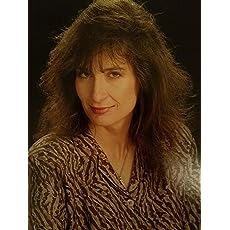 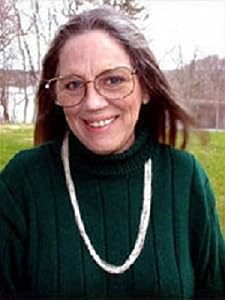 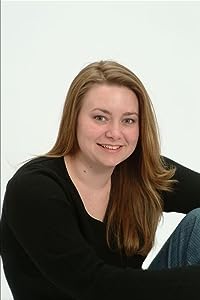 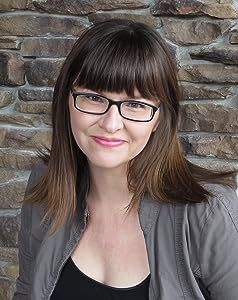 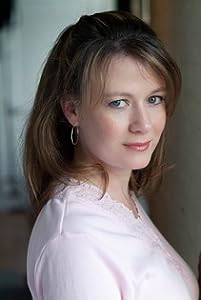 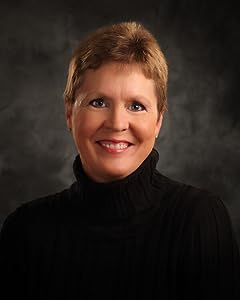 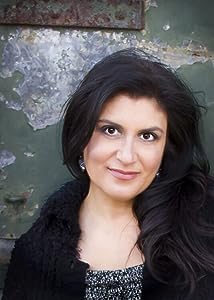 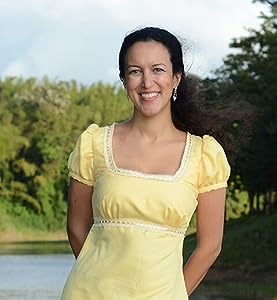 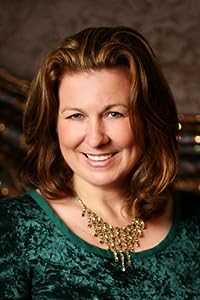 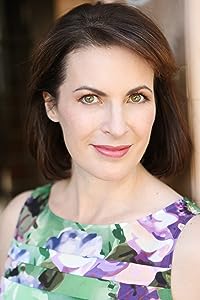 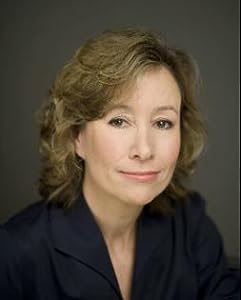 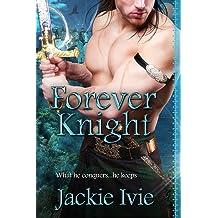 Forever Knight 16/03/2011
by Jackie Ivie
( 27 )
$1.03
Against the backdrop of Medieval Scotland, two enemies fight a desperate battle against destiny and desire.

BRAWNY. BOLD. BRAVE.
Laird Gavynn MacEuann's a man of action and skill. Both in battle and with the lasses. Notorious for towering strength and matchless features, he takes what he wants and never loses - but conquering this particular castle is easy compared with claiming and then controlling the beautiful, spike-tongued lass he frees by mistake.

STUNNING. SPOILED. STUBBORN.
Lady Brielle Dilbin is headstrong. Proud. She'd rather molder in a dungeon than accept her father's will. If the mud-covered Highlanders would give her a moment, she'd tell them so. Or make their leader understand. Or do something other than deal with passions and forbidden lusts that no gently-bred lady should have to endure; especially connected to the man who orders her silence and then demands obedience as well.

She'd be the death of him yet.

Gavynn ducked his head before pulling back up and sliding his hands along his hair to sluice water, ignoring where the lass stood, arms wrapped about her while she shivered in place. The burn was hip-deep on him. Cold, clean, fast moving, and difficult to hear over. Gavynn amended that. He couldn't hear much over his own heartbeat. All of it made him vulnerable. This wasn't a good idea, but he hadn't had one since meeting her. His chest and belly were tender with bruising, his muscles throbbed with the work he'd forced on them, and the woman's linen under-dress was as useless as a film of white mist would be.

She was true beauty; in form as well as face. Well-formed. Lush. Curved in all the proper places. Possessing heavy, hand-filling breasts, a narrow waist, and hips well-rounded to greet and satisfy a man. When she'd bent forward to wash her face, his groan almost made it through clenched lips. Gavynn grabbed hand-scoops of water, angrily splashing cold and wet all over. Then he bent his knees, dipping to his armpits in chill. All in an effort to divert the pressure building in his groin as blood filled the area, engorging and hardening, and angering him with how little his mind controlled anything.

Nothing worked. He couldn't keep his eyes and thoughts off her. Gavynn lifted his head to the twilit sky, close to howling his frustration. And when he brought his head back down he got a full dose of his utter stupidity. He hadn't even heard them. Gavynn sent the curses soundlessly before rising to face a solid wall of armor-clad men atop horses. They carried torches. Possessed full weaponry.

And all he claimed was the sword at his back.
Read more
includes tax, if applicable 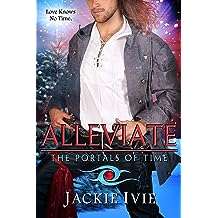 ALLEVIATE (The Portals of Time Book 2) 22/11/2016
by Jackie Ivie
( 3 )
$3.99
CHRISTMAS TEARS - current day.
Elena's got a lot on her mind. The holidays are approaching and with them all kinds of cheerfulness…for everyone but her. The entire holiday season just highlights past pain. Loss. And depression. A river rafting trip down the Colorado River is the perfect anti-Christmas gift to herself. Nothing about the Grand Canyon in December resembles snow and cheer. And it’s actually working until the raft overturns, sending her toward a watery grave...

IRISH CHEER - 1790.
His luck just might be changing. Morrigan is leading a salvage mission. Out on the ocean, fighting the elements, the men row toward a Spanish galleon. The big ship hit a reef. It's sinking fast. Chances of finding a survivor are slim. Odds of pulling treasure from the wreck even slimmer. And then he pulls a woman from the sea...
And finds both.

FIRE AMID THE SNOW
Elena hadn’t believed in Christmas magic. Until it happened to her. 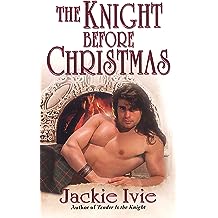 The Knight Before Christmas 20/11/2014
by Jackie Ivie
( 8 )
$7.22
The wintry Scottish Highlands is the setting for Jackie Ivie's magical new novel of a man and a woman who battle the elements and each other to learn that the season's greatest gift is love. . .
A Reluctant Husband
Caught in a furious blizzard, battle-weary Myles Donal has only two options: die alone in the snow, or make his way home by order of his sire to marry a woman known as the Harridan of the Highlands. The warm glow of light in a small croft will only delay his fate. . .
A Rebellious Bride
Kendran is not about to share her hard-earned shelter with anyone, especially not a man! Running away from an arranged marriage was her only chance at freedom--and she'll not forfeit it to another arrogant male. . . even one as devilishly attractive as Myles Donal. . .
A Wedding To Remember
Snowbound and equally stubborn, Myles and Kendran engage in a battle of wills that quickly becomes a passion too fiery to ignore. "Wedded bliss" may be an abhorrent concept to both of them, but true love is not so easily denied. . .
Read more
Other Formats:: Mass Market Paperback
includes tax, if applicable 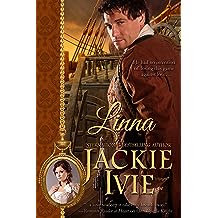 Linna : Historical Romance (The Brocade Collection Book 5) 25/08/2014
by Jackie Ivie , Jennifer Jakes
( 7 )
$5.66
A life ruled by vengeance.
A game called deception.
A world where the heartless triumph.
Western Caribbean 1811
Sent to hell with his future stolen, sixteen-year-old Cord had few choices – none of them pretty. Years of slaving for the British Navy honed his frame. The strong survive, so he got strong. The most brutal prosper…he gained brutality. Only the truly heartless win. And he wasn’t losing. He had one goal – revenge. Turning mutineer and pirate was another choice. An easy one. The career change gained him a price on his head, but it also brought freedom, and that gave him the means.
Cord will do anything to get revenge. Anything. When the pirate captain offers pay for seducing and then ruining an innocent, it sounds too easy.
Linna Daniels is a society darling. Rich. Spoiled. Beautiful. Pursued by all the eligible bachelors. Her cold demeanor only sharpens desire. But then her father’s actions change everything. Overnight she’s outcast. Locked in scandal she didn’t create. Her marital prospects ruined. Her life at a standstill.
Linna is not taking this without a fight. She needs an escape. A husband. A dupe. She doesn’t care who – or what – he is. She’s known as cold and heartless. It’s time to prove it. 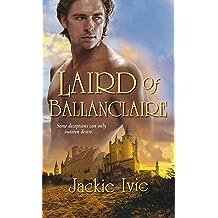 Kameron Ballan, heir to the Laird of Ballanclaire, has no respect for his father's titles and treaties. They've gotten him naught but trouble--and a betrothal to a sickly Spanish princess. So when his latest peccadillo gets him transported to America to subdue the restless colonies, he's ready to prove his worth as a man, not a figurehead.

Constant Ridgely, seventh daughter of an upright patriot family, discovers Kam beaten senseless by a crowd of colonists. She must hide him or watch him die, but the strange, brawny Scotsman inflames passions she's never guessed at. . .

Under Constant's ministrations, Kam discovers a lovely, innocent woman whose hands stir his desires. But much is at stake and there is much to lose, and their happiness depends on a risk so great only the truly lost would dare... 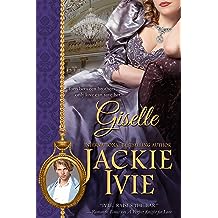 A position in the highest of places – French aristocracy.
Noble antecedents as the only daughter of a powerful man – the Comte d’Antillion.
Rich, wine growing acreage for her dowry – Savignen Valley.
A powerful husband – the Duc de Berchald.
Security as chatelaine of the family’s castle – Chateau Berchand.

And yet, she has nothing.

In the world of high French society, purity has no value. Love, even less. The world revolves around intrigue and power plays, decadence and debauchery, self-indulgence and sin, violence and lust.

And losing her heart changes everything.

Illicit love isn't just sinful. It's foolish. It makes one vulnerable. Weak. For in the world in which Giselle was born, love is just another weapon.
Read more
Other Formats:: Paperback
includes tax, if applicable 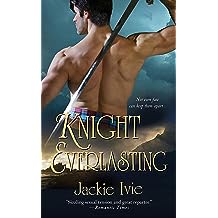 When Aidan MacKetryck finds a flaxen-haired maid caught in the crosshairs of battle, he quickly saves her from certain death. But while Aidan expects gratitude, he is sorely disappointed--for the fiery lass makes it clear she wants nothing to do with him. . .

Juliana D'Aubenville is in hiding from those who want her entire family to perish. Despite her attraction to the strikingly handsome Aidan, Juliana knows she must escape before her identity is revealed. The trouble is, Aidan refuses to let her go. . .

With each moment Aidan and Juliana are together, their desire becomes more enticing--and harder to resist. But just as Aidan tries to lay claim to Juliana once and for all, their darkest secrets are finally revealed--putting both their love and their lives in terrible danger. . .

"Filled with magic and a love so deep it takes my breath away." --Romance Reader at Heart on Once Upon a Knight 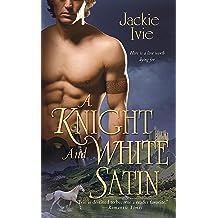 A Knight and White Satin (Zebra Historical Romance) 01/10/2010
by Jackie Ivie
( 7 )
$8.05
In the rugged Scottish Highlands, a mighty clansman weds a headstrong heiress against her will--and discovers a fiery passion he'll risk his life to protect. . .

A Man Of Power

Payton Dunn-Fadden is the King's Champion, notorious for his ability to fight any man and win. With steely eyes and a deeply-muscled physique, his powers of seduction are just as legendary. But Payton has a dark secret known only to his wife--and it's a secret she may not keep. . .

A Woman Of Will

Known as White Satin, Dallis Caruth is infuriated by her forced marriage to Payton. The brute is far below her station. . .which makes her attraction to him utterly maddening. Now Dallis is determined to tame the fearsome laird--and win her freedom in the bargain. . .

As Payton and Dallis spar with one another, their desire ignites into fiery lovemaking. But danger is closer than either realizes. For the king has plans for the couple--plans that may unravel Payton's secret--and cost them both their lives. . .

"Filled with magic and a love so deep it takes my breath away." --Romance Reader at Heart on Once Upon a Knight 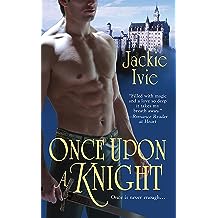 The fiercely handsome Vincent Danzel never backs away from a dare. So when he's challenged to make a particular young lady fall in love with him without taking her to his bed, he jumps at the chance to woo the unsuspecting lass to her knees. . .

Sybil Eschoncan's visions warn her that an unsuitable man will enter her life, and Vincent's sudden appearance confirms her prediction. But she's unprepared for her wild attraction to the rake--and perplexed by his unwillingness to claim her. . .

Vincent vows to resist his mounting desire, even as Sybil's every word intrigues him and her every touch ignites his senses. But when another man lays claim to the tempting maid, Vincent must risk everything to fight for the love he never expected to find. . .

"Filled with magic and a love so deep it takes my breath away." --Romance Reader at Heart
Read more
Other Formats:: Mass Market Paperback
includes tax, if applicable
Back to top
Get to Know Us
Make Money with Us
Let Us Help You
And don't forget:
© 1996-2021, Amazon.com, Inc. or its affiliates