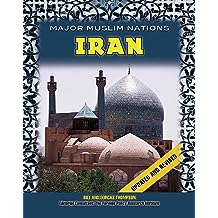 Iran (Major Muslim Nations) 21/10/2014
by William Mark Habeeb
$9.99
Iran-or Persia, as it was known until the 1930s-is home to one of the world's oldest cultures. Over the years it has exerted a great influence over its neighbors in the Middle East and Central Asia. Although Iran was once a close ally of the United States, in 1979 supporters of the Islamic fundamentalist cleric Ayatollah Ruhollah Khomeini overthrew the government and instituted a new one based on strict interpretation of Islamic law. In the years since then, U.S.-Iranian relations have been hostile. Today, however, Iran is once again undergoing an internal struggle. Iranians-particularly the younger generation-are trying to reconcile the changes that followed the 1979 Islamic Revolution with the needs and requirements of life in the 21st century. The outcome of this struggle between religious conservatives and the reformers will determine Iran's future. Discusses the geography, history, economy, government, religion, people, foreign relations, and major cities of Iran.
Read more
Other Formats:: Hardcover
includes tax, if applicable 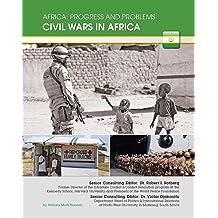 Civil Wars in Africa (Africa: Progress and Problems) 29/09/2014
by William Mark Habeeb
$9.99
Since 1960, many African countries have been devastated by civil wars. Today, it is estimated that around 20 percent of Africas more than 1 billion people are affected, either directly or indirectly, by ongoing conflict. The widespread unrest has been a major reason the people of Africa have been unable to fully reach their potential. This book analyzes past and current conditions in Africa to shed light on the historical, cultural, governmental, religious, ethnic, and ideological factors that have caused civil wars to occur. Conflicts like the long-running war in Sudan, the unrest in Liberia and Sierra Leone, and the state failure in Somalia and the Democratic Republic of the Congo are explained. The final chapter discusses ways future civil wars might be avoided.
Read more
Other Formats:: Library Binding
includes tax, if applicable 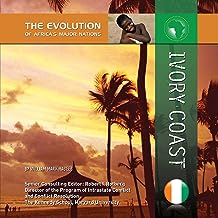 Ivory Coast (The Evolution of Africa's Major Nations) 02/09/2014
by William Mark Habeeb
( 1 )
$9.99
The name of the Ivory Coast (also known as Cote d'Ivoire) comes from its history; at one time, Europeans came to the region to hunt elephants for their valuable ivory. Today, the people of Ivory Coast are careful to preserve their country's ecology, which is rich in rare plants and wildlife. During the 1970s, the Ivory Coast was one of the wealthiest African countries, but in recent years the country's economy has suffered because it is subject to fluctuating market prices for its most important exports, such as cocoa and coffee. Although Ivory Coast was long considered one of the most stable states in West Africa, since 1999 it has been beset by internal political tensions. Like many African countries, the leaders of Ivory Coast must figure out how to create a fair and equitable society composed of citizens from various ethnic groups and religions.
Read more
Other Formats:: Library Binding
includes tax, if applicable 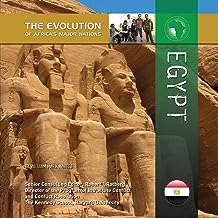 Egypt (The Evolution of Africa's Major Nations) 02/09/2014
by William Mark Habeeb
$9.99
The Egyptian civilization along the Nile River was one of the ancient world's earliest and most influential empires. From pyramids to mummies to hieroglyphs, the unique and mysterious lore of this region in northeastern Africa still engages the imagination. While much has changed over the centuries, Egypt remains a fascinating place. Traditionally, Egypt's moderate political stance in the Arab world has given the country a strategic place on the world stage and made it a stabilizing force in the Middle East. However, in 2011 Egypt underwent a revolution that ousted longtime president Hosni Mubarak from power. Today, Egypt faces political and economic uncertainty, as its newly elected government attempts to rule under the country's new constitution.
Read more
Other Formats:: Library Binding
includes tax, if applicable 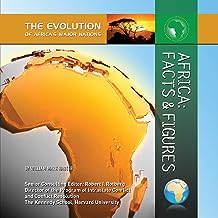 Africa: Facts & Figures (The Evolution of Africa's Major Nations) 02/09/2014
by William Mark Habeeb
( 2 )
$9.99
Africa, the world's second-largest continent, is home to more than 50 countries. Africa has valuable resources, from large reserves of oil to minerals such as diamonds and gold; as well as an incredible variety of wild animals, plants, and trees. From the bustling cities of Egypt to the warm grasslands of Kenya, Africa is filled with diverse cultures and peoples. Yet Africa is also a continent with many problems. African countries are among the world's poorest. Hunger is common, and jobs are rare. Many countries are torn by ongoing wars. Others are devastated by disease—it is estimated that nearly 10 percent of Africans are infected with the virus that causes AIDS, for example. Africa: Facts & Figures gives an overview of the natural features, history, economy, and cultures of this fascinating continent.
Read more
Other Formats:: Library Binding
includes tax, if applicable 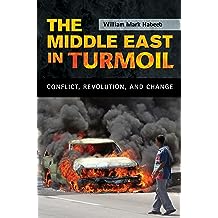 From Islamic extremism in Algeria to civil war in Iraq, this volume provides in-depth coverage of political and cultural conflict in the Middle East.

Since the end of the Iran-Iraq war in the 1980s, conflict in the Middle East has been increasingly wrought with internal struggles, driven by ethnic, inter-communal, and religious differences. Islamic radicalism has grown as an internal threat, and foreign intervention is now a potential catalyst. Since 1990, the Middle East has twice witnessed the introduction of foreign armies, first to halt Iraqi expansionism, and more recently, to bring about regime change in Iraq. This perfect storm of factors has brought about a heightened level of instability, with numerous conflicts simmering in hot spots throughout the region.

Explosive, in-depth chapters explore each conflict or latent conflict, including the history, the nature of the conflict, the factors involved, and any steps toward resolution. Hot spots covered include: The movement for Berber rights in Morocco; Shi'a opposition in Bahrain; Iraqi civil war and internal struggle for power; Iran's interstate conflict with the United States; and Islamic insurgency throughout the region. This volume is a must-have for up-to-the-minute coverage of hot spots in one of the world's most volatile regions.

Read more
Other Formats:: Hardcover
includes tax, if applicable
Back to top
Get to Know Us
Make Money with Us
Let Us Help You
And don't forget:
© 1996-2021, Amazon.com, Inc. or its affiliates