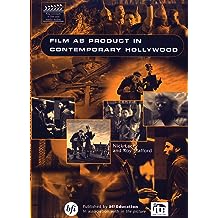 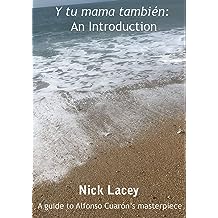 Y tu mamá también: An Introduction to Alfonso Cuarón's masterpiece (Film Study Guide 4): A guide to Alfonso Cuarón's masterpiece (Film Guide) 17/04/2019
by Nick Lacey
$9.13
'Y tu mamá también' was a rare foreign-language break out hit in English speaking countries. On the face of it Cuarón's teen pic celebrated the hedonism and daftness of the protagonists but it becomes clear there are darker elements at work in the film. Daringly, Cuarón used an omniscient voiceover to comment not only on the boys' lives but Mexico at the turn of the 21st century.

The guide examines the context of Mexican cinema and Cuarón's international career. It also considers how the film uses the teen pic and road movie to investigate the state of Mexico. There is an in-depth analysis, with illustrative stills, of the film.

Lacey's introduction will show the supreme craft of Cuarón's masterpiece. He is the author of several well-received books on film and media, including 'Introduction to Film' (Palgrave), and guides on 'Blade Runner' and 'Se7en'.

This is the fourth in series of film guides; 'Vertigo', 'Do the Right Thing' and 'Pan's Labyrinth' are also available.
Read more
includes tax, if applicable 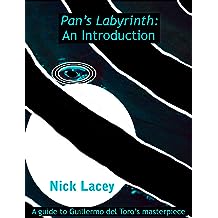 Pan's Labyrinth: An Introduction: A guide to Guillermo del Toro's masterpiece (Film Guide Book 3) 17/09/2018
by Nick Lacey
$9.07
'Pan's Labyrinth' marked Guillermo del Toro as one of the most gifted filmmakers of the 21st century. By welding the fairy tale world of (what might be) Ofelia's imagination to the bleak reality of Franco's fascist Spain, del Toro juxtaposed childhood 'innocence' with adult violence.

This guide examines the fairy tale genre and how del Toro uses it to create a modern myth rooted in reality. It also considers him as an 'auteur' and offers an in-depth analysis, with illustrative stills, of the film.

Lacey's introduction will show the supreme craft of del Toro's masterpiece and make you want to see the film again. He is the author of several well-received books on film and media, including 'Introduction to Film' (Palgrave), and guides on 'Blade Runner' and 'Se7en'.

This is the third in series of film guides; 'Vertigo' and 'Do the Right Thing' are also available.
Read more
includes tax, if applicable 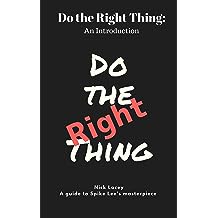 This introductory guide looks at the background to Lee's film and considers Lee's work as a director. 'Do the Right Thing' is an unusual mix of melodrama and Brechtian devices and a close analysis of the film unpicks the extraordinary impact to the narrative.

Lacey's introduction will show the supreme craft of Lee's masterpiece and make you want to see the film again. He is the author of several well-received books on film and media, including 'Introduction to Film' (Palgrave), and guides on 'Blade Runner' and 'Se7en'.

This is the second in series of film guides; 'Vertigo' and 'Pan's Labyrinth' are also available.
Read more
includes tax, if applicable 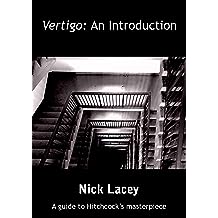 Vertigo: An Introduction: A guide to Hitchcock's masterpiece (Film Guide Book 1) 18/10/2017
by Nick Lacey
$8.27
Alfred Hitchcock's 'Vertigo' is widely recognised as one the greatest films ever made. One of Hitchcock's most personal films, 'Vertigo' investigates how male desire can destroy what it loves. This introductory guide examines Hitchcock as an 'auteur' and places the film in the context of Hitchcock's other works and Hollywood in 1958, the year it was released.

The influence of 'film noir' and romance thriller, as well as that of the stars James Stewart and Kim Novak, are examined as are feminist critiques of the film. With well chosen stills from the film, the brilliance of Hitchcock's 'mise en scene' is demonstrated.

Lacey's introduction will show the supreme craft of Hitchcock's masterpiece and make you want to see the film again.

He is the author of several well-received books on film and media, including 'Introduction to Film' (Palgrave), and guides on 'Blade Runner' and 'Se7en'.

This is the first in series of film guides; 'Do the Right Thing' and 'Pan's Labyrinth' are also available.
Read more
includes tax, if applicable 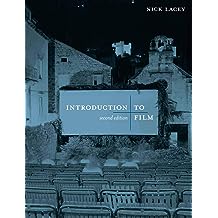 This core textbook offers a concise yet complete introduction to film, responding to shifts in the medium while addressing all of the main approaches that inform film studies. The rise of on demand internet-based video has transformed the way films are distributed and exhibited, with many previously unobtainable and obscure films becoming available for global audiences to view instantly. Interweaving historical and current theoretical approaches, Nick Lacey presents a tightly-focused and coherent overview of a discipline in transition, which can be read ‘cover to cover’ or in distinct chapters.

With its original narrative line and student-oriented philosophy, the text greatly enriches student’s appreciation of cinema, while equipping them with the essential skills and vocabulary to succeed in film studies. This is an ideal foundational text for all lecturers, undergraduate or A-level students of Film and Cinema Studies, as well as enthusiasts of film and cinema looking for a comprehensive guide.
Read more
Other Formats:: Hardcover
includes tax, if applicable 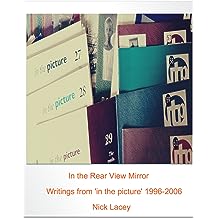 In the Rear View Mirror: Writings from 'in the picture' 1996-2006 14/07/2013
by Nick Lacey , Roy Stafford
$1.30
This edition collects 15 articles written for the media education magazine, 'in the picture'. Section one includes three pieces on changes to the curriculum whilst the second section considers teaching approaches to a variety of media and texts; including television, film, news and music. There is also a focus on representation and celebrity culture.

The articles offer ideas of how to teach media now as giving a historical perspective of how media was taught around the turn of the century.

Nick Lacey has written a number of media and film studies textbooks and is currently the curriculum leader of film and media at Benton Park School in Leeds.
Read more
includes tax, if applicable 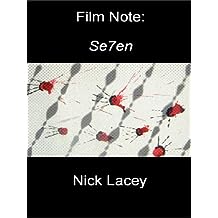 Film Notes: Se7en 20/01/2013
by Nick Lacey
$8.88
The Film Notes, published by York Press, were an ambitious attempt to provide primers for classic films in much the same way they had existed, for many years, for works of literature. However, they failed to find an audience and so were soon out of print. The emergence of e-publications has offered an ideal opportunity to ‘reprint’ the work.

The book concisely investigates the influences and meanings of 'Se7en', directed by David Fincher, and starring Brad Pitt. It is one of the greatest films produced by Hollywood exceptional in its artistry and the grim message it tells about morality in the modern age.

The text is virtually the same as the original edition. I have checked and updated, where necessary, weblinks; in some instances these are no longer available (nla). However, as the copyright was cleared for images in the original edition only, there are no images in this edition. I have also added hyperlinks to the text to ease navigation.
Read more
includes tax, if applicable 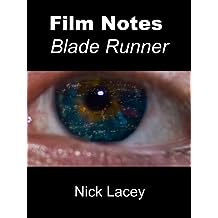 Film Notes: Blade Runner 02/06/2012
by Nick Lacey
$9.20
This is a kindle edition of the 'York Film Notes: Blade Runner', published in 2000, which has been out of print for many years. The text is the same except there are no images, due to reasons of copyright, from the original publication. Hyperlinks are included for ease of navigation. In addition there is included, as an appendix, my essay ‘Postmodern Romance: The Impossibility of (De)centring the Self’ from 'The Blade Runner Experience', edited by Will Brooker.

'Blade Runner' is a classic science fiction film that has engendered debate, influenced the look of numerous dystopias and looks as good now as it did 30 years ago. This guide considers the film's gestation and the philosophical questions it raises.
Read more
includes tax, if applicable
Back to top
Get to Know Us
Make Money with Us
Let Us Help You
And don't forget:
© 1996-2021, Amazon.com, Inc. or its affiliates