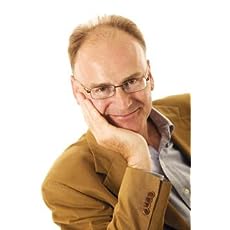 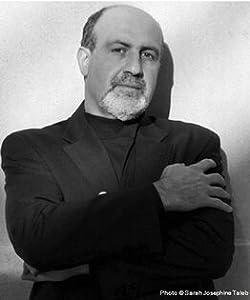 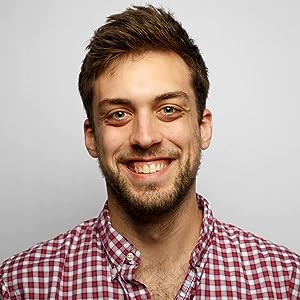 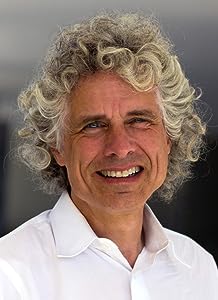 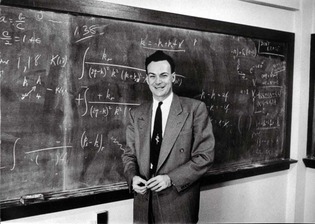 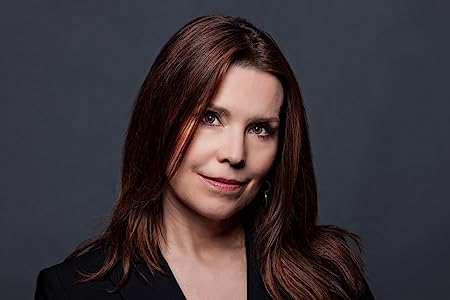 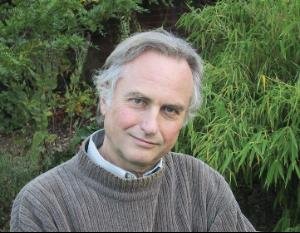 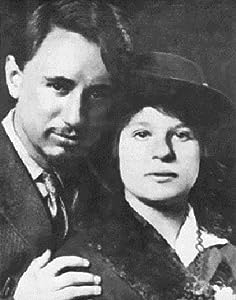 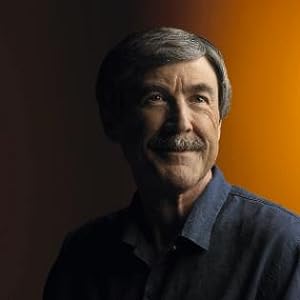 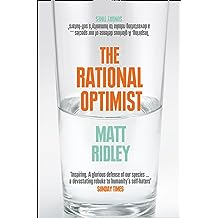 Shortlisted for the BBC Samuel Johnson Prize for Non-fiction 2011.

Life is on the up.

We are wealthier, healthier, happier, kinder, cleaner, more peaceful, more equal and longer-lived than any previous generation. Thanks to the unique human habits of exchange and specialisation, our species has found innovative solutions to every obstacle it has faced so far.

In ‘The Rational Optimist’, acclaimed science writer Matt Ridley comprehensively refutes the doom-mongers of our time, and reaches back into the past to give a rational explanation for why we can – and will – overcome the challenges of the future, such as climate change and the population boom.

Bold and controversial, it is a brilliantly confident assertion that the 21st century will be the best for humankind yet. 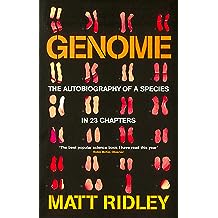 The most important investigation of genetic science since The Selfish Gene, from the author of the critically acclaimed and best-selling The Red Queen and The Origins of Virtue.

The genome is our 100,000 or so genes. The genome is the collective recipe for the building and running of the human body. These 100,000 genes are sited across 23 pairs of chromosomes. Genome, a book of about 100,000 words, is divided into 23 chapters, a chapter for each chromosome. The first chromosome, for example, contains our oldest genes, genes which we have in common with plants.

By looking at our genes we can see the story of our evolution, what makes us individual, how our sexuality is determined, how we acquire language, why we are vunerable to certain diseases, how mind has arisen. Genome also argues for the genetic foundations of free will. While many believe that genetics proves biological determinism, Ridley will show that in fact free will is itself in the genes. Everything that makes us human can be read in our genes. Early in the next century we will have determined the function of every one of these 100,000 genes. 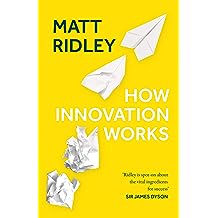 Building on his bestseller The Rational Optimist, Matt Ridley chronicles the history of innovation, and how we need to change our thinking on the subject.

Innovation is the main event of the modern age, the reason we experience both dramatic improvements in our living standards and unsettling changes in our society. It is innovation that will shape the twenty-first century. Yet innovation remains a mysterious process, poorly understood by policy makers and businessmen alike.

Matt Ridley argues that we need to see innovation as an incremental, bottom-up, fortuitous process that happens as a direct result of the human habit of exchange, rather than an orderly, top-down process developing according to a plan. Innovation is crucially different from invention, because it is the turning of inventions into things of practical and affordable use to people. It speeds up in some sectors and slows down in others. It is always a collective, collaborative phenomenon, involving trial and error, not a matter of lonely genius. It still cannot be modelled properly by economists, but it can easily be discouraged by politicians. Far from there being too much innovation, we may be on the brink of an innovation famine.

Ridley derives these and other lessons from the lively stories of scores of innovations – from steam engines to search engines – how they started and why they succeeded or failed. 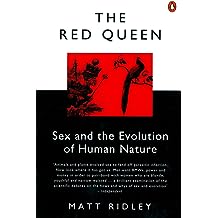 Sex is as fascinating to scientists as it is to the rest of us. A vast pool of knowledge, therefore, has been gleaned from research into the nature of sex, from the contentious problem of why the wasteful reproductive process exists at all, to how individuals choose their mates and what traits they find attractive. This fascinating book explores those findings, and their implications for the sexual behaviour of our own species. It uses the Red Queen from Alice in Wonderland who has to run at full speed to stay where she is as a metaphor for a whole range of sexual behaviours. The book was shortlisted for the 1994 Rhone-Poulenc Prize for Science Books.

Animals and plants evolved sex to fend off parasitic infection. Now look where it has got us. Men want BMWs, power and money in order to pair-bond with women who are blonde, youthful and narrow-waisted a brilliant examination of the scientific debates on the hows and whys of sex and evolution Independent. 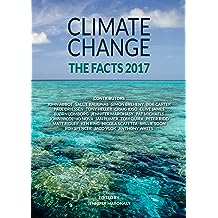 There are certain things best not discussed with neighbours over the fence, at barbeques and at gatherings of the extended family; these topics used to include sex and politics, but more recently climate change has become a sensitive issue and has, consequently, crept onto the best-to-avoid list. At the same time as climate change has assumed this status, it has become a topic more likely to be included in a church sermon. Indeed, while once considered the concern of scientific institutions, climate change is now increasingly incorporated into faith-based initiatives with even Pope Francis weighing in, issuing an encyclical on the subject as explained in chapter 16 by Paul Driessen.

There are those who believe Pope Francis, and admire another climate change exponent, Al Gore – who marketed An Inconvenient Truth with comment, ‘the fact of global warming is not in question’ and that ‘its consequences for the world we live in will be disastrous if left unchecked’. And then there are the die-hard sceptics who dare to doubt. Many claim that these climate sceptics and their support base have an undue political influence, successfully thwarting attempts to implement necessary public policy change.

This book is a collection of chapters by so-called climate sceptics. Each writer was asked to write on an aspect of the topic in which they are considered to have some expertise. None of them deny that climate change is real, but instead, they point out how extremely complex the topic of Earth’s climate is, with some of the contributors also querying the, often generally accepted, solutions.

As you will see, this is not a book with just one message, except perhaps that there is a need for more scrutiny of the data, and of our own prejudices. This book’s reason for being is to give pause for thought, and to throw some alternative ideas and considerations into the mix. 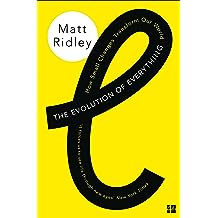 ‘If there is one dominant myth about the world, one huge mistake we all make … it is that we all go around assuming the world is much more of a planned place than it is.’

From the industrial revolution and the rise of China, to urbanisation and the birth of bitcoin, Matt Ridley demolishes conventional assumptions that the great events and trends of our day are dictated by those on high. On the contrary, our most important achievements develop from the ground up. In this wide-ranging and erudite book, Matt Ridley brilliantly makes the case for evolution as the force that has shaped much of our culture, our minds, and that even now is shaping our future.

As compelling as it is controversial, as authoritative as it is ambitious, Ridley’s deeply thought-provoking book will change the way we think about the world and how it works. 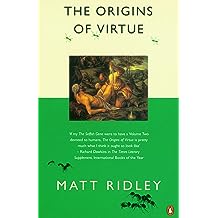 The Origins of Virtue (Penguin Press Science) 30/10/1997
by Matt Ridley
( 50 )
$14.99
Why are people nice to each other? What are the reasons for altrusim? Matt Ridley explains how the human mind has evolved a special instinct for social exchange, offering a lucid and persuasive argument about the paradox of human benevolence.
Read more
Other Formats:: Hardcover , Paperback
includes tax, if applicable 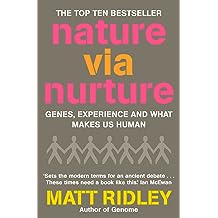 Acclaimed author Matt Ridley's thrilling follow-up to his bestseller Genome. Armed with the extraordinary new discoveries about our genes, Ridley turns his attention to the nature versus nurture debate to bring the first popular account of the roots of human behaviour.

What makes us who we are?

In February 2001 it was announced that the genome contains not 100,000 genes as originally expected but only 30,000. This startling revision led some scientists to conclude that there are simply not enough human genes to account for all the different ways people behave: we must be made by nurture, not nature.

Matt Ridley argues that the emerging truth is far more interesting than this myth. Nurture depends on genes, too, and genes need nurture. Genes not only predetermine the broad structure of the brain; they also absorb formative experiences, react to social cues and even run memory. They are consequences as well as causes of the will.

Published fifty years after the discovery of the double helix of DNA, Nature via Nurture chronicles a new revolution in our understanding of genes. Ridley recounts the hundred years' war between the partisans of nature and nurture to explain how this paradoxical creature, the human being, can be simultaneously free-willed and motivated by instinct and culture. Nature via Nurture is an enthralling, up-to-the-minute account of how genes build brains to absorb experience.

Note that it has not been possible to include the same picture content that appeared in the original print version.

Read more
Other Formats:: Hardcover , Paperback , Audio CD , Audio, Cassette
includes tax, if applicable
Back to top
Get to Know Us
Make Money with Us
Let Us Help You
And don't forget:
© 1996-2020, Amazon.com, Inc. or its affiliates