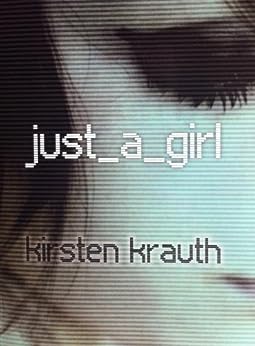 3.3 out of 5 stars
3.3 out of 5
16 global ratings
How are ratings calculated?
To calculate the overall star rating and percentage breakdown by star, we don’t use a simple average. Instead, our system considers things like how recent a review is and if the reviewer bought the item on Amazon. It also analyses reviews to verify trustworthiness.

Nina Smith
5.0 out of 5 stars Couldn't put it down
Reviewed in Australia on 10 December 2013
Verified Purchase
Just_A_Girl plunges the reader into the murky, uncertain and often vicious world of adolesence in suburban Australia.

Told through the points of view of 15-year-old Layla, her mother Margot and the introverted stranger Tadashi, the story juxtaposes Layla's often brutal and dangerous path to maturity with Margot's dashed hopes and dreams, against the backdrop of a church community that hides its manipulative and controlling nature behind a guise of religion and community.

Most striking is the exploration of the impact of the internet on everyone's lives, and how one little mistake, or misadventure, can be uploaded to You Tube in seconds and preserved forever.

Just_A_Girl is a fantastic read. I couldn't put it down.
Read more
Helpful
Report abuse

I would have loved another few chapters, to see what happened as a result of their three worlds colliding, so perhaps that will come?
Read more
One person found this helpful
Helpful
Report abuse

Peter G. Hobbins
5.0 out of 5 stars Disturbing but delightful
Reviewed in Australia on 14 January 2014
One word remained top of my mind while reading just_a_girl: 'disturbing'. If it's not an oxymoron, I mean `disturbing' in a good, or at least productive sense. What troubled me most was the way in which Kirsten Krauth has laid bare the demeaning and damaging side of contemporary sexual politics, and its internalisation by the generation born into this century. To the author - and to her 14-year-old female protagonist, Layla - neither the equalitarian promises of women's lib nor the democratising possibilities of new technologies have translated into enduring affirmations of gender equality. The ironies are bitter: an online video of Layla being assaulted by train-riding hooligans goes viral, but where were the CCTV cameras when Layla's boss groped her in the vegetable aisle of his supermarket? Sadly, none of the scenarios depicted in the novel appear extraordinary. In just_a_girl, the casual misogyny and exploitation that typifies Layla's world are all part of the normal flux of teenage existence.

Which is not to say that Layla isn't a strong character with her own agenda, ideas and nous. Krauth, however, has crafted the story in such a way that the reader can step back from Layla's often witty self-justifications to see the fragility of the facade she presents to others - and to herself. The narrative is propelled by three separate characters: Layla, her mother Margot, and a disconnected young Japanese man, Tadashi. The interweaving of these three voices breaks the reliance on Layla's self-narrative, without attempting to recapture identical events from multiple perspectives. Each character is whole, although I was curious as to why only Tadashi was rendered in the third person. Perhaps this approach echoed his distance from human contact. Although each narrator was sad and strong in their own way, perhaps only Layla emerged with an intact sense of potential.

Krauth's writing is restrained and therefore effective. She clearly cooperated with her editor! Character voices are consistent, with nary a sense of artifice in the prose. The author has made her word choices carefully: appropriate to each character's repertoire, yet direct and expressive. As a first novel, just_a_girl isn't difficult to read; in fact, it's a pleasure. What endures, though, is the sense of disappointment that the hopes of Layla's grandparents - and the posturing of her parents - continue to fail young women, no matter how many followers they attract.
Read more
One person found this helpful
Helpful
Report abuse

Annabel Smith
4.0 out of 5 stars Gritty & Confronting Portrait of Adolescence
Reviewed in Australia on 5 February 2014
Kirsten Krauth's 'just_a_girl' is a tense, edgy and compelling insight into adolescence which I read in a single sitting.

The central character, Layla is 14 years old. Seemingly streetwise and social media savvy, she has the terrifying overconfidence of the young and puts herself at tremendous risk with her sexual behaviour, which includes meeting up with older men she has connected with online. Her recklessness creates a sense of ongoing dread in the reader, which contributes to the suspense of the novel.

Though she may not be aware of it, Layla is searching for connection. Her parents are separated and she rarely sees her father. She falls out with her best friend and does not seem to have other friends her own age. Her mother, Margot, worries about her, but doesn't know how to talk to her.

Margot is also seeking connection. Struggling with depression and unable to move on from the failure of her marriage to Layla's father, she seeks support through an evangelical church. Layla's disinterest in the church serves to further disconnect mother and daughter, but they both fall under the spell of the charismatic pastor and this triangle creates a dramatic focus for the novel.

Gritty and confronting, this is a disturbing and perceptive portrait of a generation who are growing up too fast, perpetually 'connected' through social media but struggling to find true connection.
Read more
Helpful
Report abuse
See all reviews

Ray Thorpe
2.0 out of 5 stars An insight into youth today
Reviewed in the United States on 22 August 2014
Verified Purchase
This book would receive more stars perhaps if read by someone who is out of touch with modern youth.
It indeed gives a good insight into what your children may be doing when you think they're safely in bed at home.
Kirsten Krauth admirably reflects the inner thoughts of a lonely neurotic mother ,her rebellious daughter and the sexual lust of men.
Read more
Report abuse
See all reviews
Back to top
Get to Know Us
Make Money with Us
Let Us Help You
And don't forget:
© 1996-2021, Amazon.com, Inc. or its affiliates