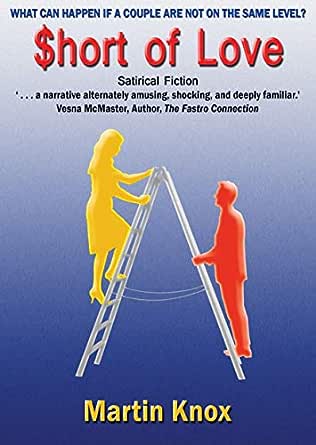 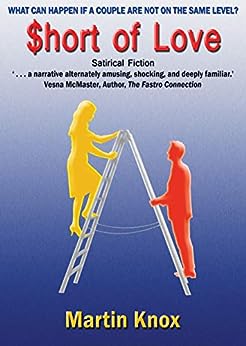 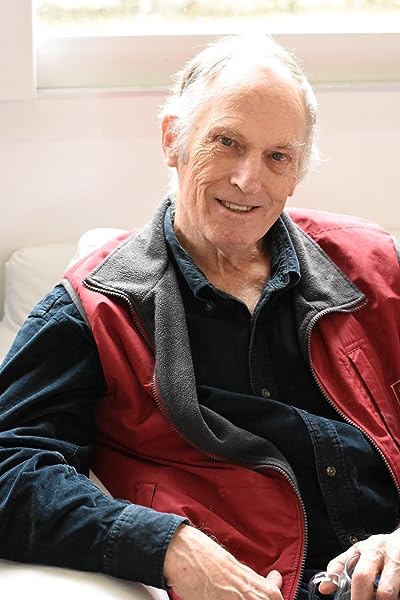 ONLINE BOOKCLUB REVIEW150120Short of Love by Martin Knox is a fascinating piece of satirical fiction. It explores love, relationships, and the moral impact of viewing people as commodities, rather than individuals. The story revolves around the exceedingly selfish Tom Archer, a student with his eyes fixated on a future as a successful engineer. But his focus wavers when he meets Vicki Hillstone. He becomes so wholly consumed by his desire for her, that he is driven to a whole new level of distraction. Early in the story, Vicky tricks Tom into taking a lie detector test. With the results, she learns that Tom hasn't been fully truthful with her, and he winds up "shorting" Vicky for later. This leads to devastating consequences. Ultimately, the reader is left wondering whether a relationship built on such secrecy and lack of foresight can survive. The author creates an intriguing parody of love and its effects in modern life, while also commenting on the nature of relationships in which love isn't a central theme. The writing style is quite curious, and while it may not suit every reader, it certainly shows how incredibly familiar the author is with his main character. This is itself a perfect irony, because such a level of intimacy is one Tom tries, but cannot find with Vicky. Additionally, I found that for all of Tom's show of cold calculation, his vulnerability was quite the commentary on the same deceptive ways in which most of us behave when trying to attract love: that is, trying to make ourselves appear better than we are. Interestingly (and because I'm a big Beatles fan), I also found the snippets of lyrics from this iconic band to be a fun addition to the story. Indeed, I noted 22 specific mentions of the band and its songs! I definitely found myself pausing to think about the deeper connection between why and where such lyrics were strategically placed. I would be curious to learn more about the author's intention by incorporating The Beatles to the extent that he did. Stephanie Elizabeth --This text refers to the paperback edition.

Aspic
5.0 out of 5 stars A STORY ABOUT A LOVE RELATIONSHIP DIVERTED BY MISCONCEPTIONS AND COMPLICATIONS.
Reviewed in Australia on 26 May 2020
Reviewed By K.C. Finn for Readers’ Favorite 5 Stars
Short Of Love is a work of picaresque satirical fiction penned by author Martin Knox, which explores the notion of love and relationships, and how we treat other human beings when we view them as commodities for love rather than as individuals. The action of this conceptual and intriguing piece centres on the deeply selfish Tom Archer, a student with eyes on the prize for a future as a career man. When he meets Vicki Hillstone, however, Tom’s distraction and desire for a relationship with her set him on a collision course in a way he never thought possible. After their university days are marred by secrecy and short-sightedness, can they ever achieve real happiness together?  Author Martin Knox has created a fascinating parody of modern love and its effects on life, whilst also managing to stay true to the nature of many relationships where competition becomes a feature over compassion. The narrative style is intriguing and may not suit all readers, but Knox’s relationship with the reader is as intimate as the central character Tom wishes he could be with Vicki, in all its irony. At its heart, the aspect of vulnerability is both pathetic and comical, rooted in the same deceptions that we all play out in order to attract a mate and seem better than we are. The dialogue conveys this sharpness well and brings the characters to a new level beyond what the narrator reveals to us. Overall, Short Of Love will interest any reader who enjoys dissecting relationships and the notion of romance itself.
Read more
Helpful
Report abuse
See all reviews
Get FREE delivery with Amazon Prime
Prime members enjoy FREE Delivery and exclusive access to movies, TV shows, music, Kindle e-books, Twitch Prime, and more.
> Get Started
Back to top
Get to Know Us
Make Money with Us
Let Us Help You
And don't forget:
© 1996-2020, Amazon.com, Inc. or its affiliates