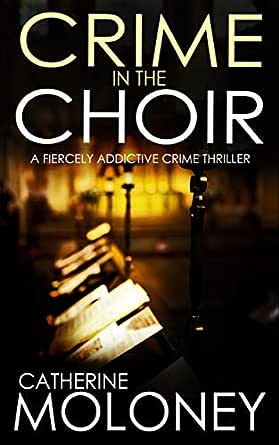 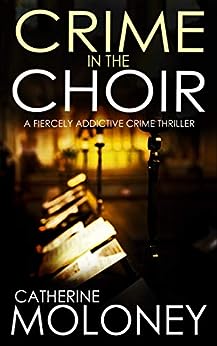 3.5 out of 5 stars
3.5 out of 5
169 global ratings
How are ratings calculated?
To calculate the overall star rating and percentage breakdown by star, we don’t use a simple average. Instead, our system considers things like how recent a review is and if the reviewer bought the item on Amazon. It also analyses reviews to verify trustworthiness.

Heather
2.0 out of 5 stars Had high hopes but not realised.
Reviewed in Australia on 5 July 2019
Verified Purchase
The book blurb - sounded just the sort of reading I wish to enjoy, but I was disappointed at the very limited characteristics of the policemen, especially the "sidekick", who was a country hick, scruffy, no social skills etc. This was so disappointing and predictable, whilst his superior was educated, refined but with the standard troubled past. I persevered until the end and convinced myself I was just being picky, so tried reading the next book in the series. Alas, not much better.
Read more
2 people found this helpful
Helpful
Comment Report abuse

Peter the constant reader
TOP 50 REVIEWER
4.0 out of 5 stars Religious offering
Reviewed in Australia on 6 August 2020
Verified Purchase
Marshall and Noakes make a good team to investigate a series of murders at a church school. Olivia, Marshall's lovely girlfriend has started teaching there and something is not right.

There is a lot of religious malarky muddying up the story and child abuse is never an easy subject. The author has sprinkled obscure references and words through the text.

I stuck to Marshall, Noakes, and Olivia and enjoyed their part of the story.
Read more
Helpful
Comment Report abuse

Mysterylover77
1.0 out of 5 stars Misleading advertising!
Reviewed in Australia on 7 June 2019
Verified Purchase
Disliked the title listing. "A fiercely addictive...."? Who writes these. It is NOT fiercely addictive, in fact it was an irritating read. I figured outthe villain early on and skipped to the end to confirm.
Read more
4 people found this helpful
Helpful
Comment Report abuse

Mary Dale
3.0 out of 5 stars Keep a dictionary handy.
Reviewed in Australia on 4 June 2019
Verified Purchase
Found this tale rather verbose and full of words I had never come across before.
Read more
4 people found this helpful
Helpful
Comment Report abuse

Rebecca Davies
TOP 1000 REVIEWER
3.0 out of 5 stars Better than expected.
Reviewed in Australia on 13 May 2019
Verified Purchase
Other reviews have panned this book, but I found it worth a read. The characters are a bit obvious, granted, and it’s very gothic in style, but even so, I read it mostly in one go.
Read more
Helpful
Comment Report abuse

Kindle Customer
5.0 out of 5 stars What a pleasure to read.
Reviewed in Australia on 11 April 2020
Verified Purchase
Great story told well if a bit esoteric in places. It was a pleasure to read a novel that was written with vocabulary pitched higher than that of an eight to ten year old . I also appreciated the depth of research into cult practices; what an eye-opener
Read more
Helpful
Comment Report abuse

trevor davis
1.0 out of 5 stars Disappointing
Reviewed in Australia on 3 June 2019
Verified Purchase
First book I have attempted to read by this author. Only read 2 chapters and it just has not grabbed my interest. Highly unlikely to tray reading it again.
Read more
Helpful
Comment Report abuse
See all reviews

H. Cowan
1.0 out of 5 stars A good storyline totaly spoiled by extensive use of religious words, phrases and antient words
Reviewed in the United Kingdom on 31 May 2019
Verified Purchase
This book, if nothing else, has proved to me the value of the dictionary function in my Kindle. After reading 25% of the book I was ready to put in down and file it under "poor decision". As I am not a Church of England enthusiast I could not understand the technicalities of the how the church works and the old English words which still prevail in that organisation. Then there is the frequent, and in my opinion, totally uncessary use of religious quotes throughout the book. This is supposed to be a crime novel - not a religious text! They completely took away from the pace of the story and were a very annoying distraction.
However, not only were the religious phrases and words annoying, so to were the use of 16th and 167th century words which I have never heard of before and have no wish to hear again. It was almost as though the author was demonstrating that he had been to Oxbridge and learned lots of words that no one in the real world has ever heard of before.
Avoid this book unless you are an ardent CoE enthusiast!
Read more
15 people found this helpful
Report abuse

Mrs. J
4.0 out of 5 stars A little slow at the start but accelarates to a gripping intensity
Reviewed in the United Kingdom on 13 May 2019
Verified Purchase
Having just read reviews posted on the US Amazon which were less than complimentary, I found myself amazed. It just goes to show that there is a 'divide' of sorts between US and UK readers. I didn't find the language difficult and I didn't find the story gothic. Perhaps living in the UK helps the reader to 'get the picture' more about the kind of private school setting that's described in this story. Having read many crime novels that go into depths about the discovered bodies and the hows and whys and wherefores, demanding forensic evidence, causes of death etc, I did find this story rather light on some of those explanations, especially regarding the two cadavers found that started this whole investigation off, but which evolved into a whole scenario that was unexpected at first. I found that I rather took to the two detectives, Markham and Noakes; I liked their different personalities and the way that two very different men gelled so well together and had depths that weren't always obvious to the onlooker. I do find myself irked that in books and on television programmes, the senior officer over the two main detectives are always portrayed as being more concerned with how things appear to 'Joe Public' and to important people in the community than to winkling out the criminals - are they really like that, I wonder?
It is true that the book seems a little slow getting going, but once it did, I found I was totally absorbed in the story and was reluctant to put it down.
I've downloaded the next book!
Jeanette Taylor Ford, author
Read more
8 people found this helpful
Report abuse

jo
4.0 out of 5 stars Murder in the choir school. Are more boys in danger?
Reviewed in the United Kingdom on 19 May 2019
Verified Purchase
This is the first in a series of murder mysteries with Detective Inspector Gilbert Markham and Detective Sergeant Noakes. St Mary's Choir School is next to St Mary's Cathedral where renovation work is being done. Two bodies of boys are found but they aren't historical burials, they are more modern burials of murdered boys. Markham is called in to investigate and recognises that they are the bodies of two boys who had disappeared about twenty years ago.
In an unusual twist, Markham's girlfriend, Olivia Mullen, is offered a job as a teacher in the Choir School, so we are presented with both the detective angle and a participant's angle. All the characters are well-drawn and I particularly liked the character of the bluff and hearty Noakes who has a softer underside.
Yet again, a boy goes missing and Markham has to bring his investigation to a swift conclusion, despite having to fight against the official line of leaving some of the suspects out of the investigation. I enjoyed the story and I look forward to reading more in this series.
Read more
5 people found this helpful
Report abuse

Dee
1.0 out of 5 stars Big Mistake
Reviewed in the United Kingdom on 27 May 2019
Verified Purchase
I bought 3 books by this author in the hope I was in for a really good read. Very disappointed the author uses convoluted vocabulary to describe the smallest detail spoils the flow of the story as the actual words stand out as trying to be clever. Characters are ok you do get a feel for them but the the story in the first book has been over done so many times a paedophile ring yet again. I have just started the second book and the language as expected is the same, not sure if I will continue with this story.
Read more
4 people found this helpful
Report abuse

Kindle Customer
1.0 out of 5 stars Not for me
Reviewed in the United Kingdom on 9 May 2019
Verified Purchase
Got about a quarter of the way through this book and found it boring. I read as much as I could but sorry not for me.
Read more
5 people found this helpful
Report abuse
See all reviews
Get FREE delivery with Amazon Prime
Prime members enjoy FREE Delivery and exclusive access to movies, TV shows, music, Kindle e-books, Twitch Prime, and more.
> Get Started
Back to top
Get to Know Us
Make Money with Us
Let Us Help You
And don't forget:
© 1996-2020, Amazon.com, Inc. or its affiliates