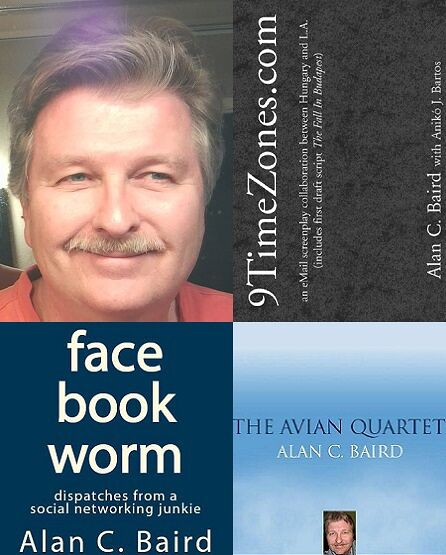 by Alan C. Baird (Author)
5.0 out of 5 stars 1 rating
See all formats and editions
Sorry, there was a problem loading this page. Try again.

Save on select Books
Discover deals on fiction, non-fiction, children's books and more Shop now
Start reading facebookworm: dispatches from a social networking junkie on your Kindle in under a minute.

Jørgen Stærmose
5.0 out of 5 stars Five Stars
Reviewed in the United States on 3 October 2014
Verified Purchase
- a true story from boomer-junkie!
Read more
One person found this helpful
Report abuse
See all reviews
Back to top
Get to Know Us
Make Money with Us
Let Us Help You
And don't forget:
© 1996-2021, Amazon.com, Inc. or its affiliates