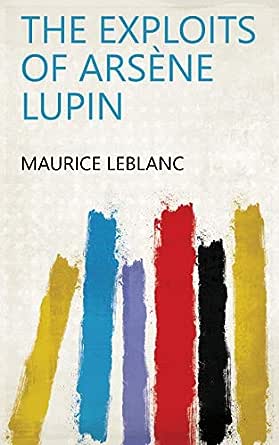 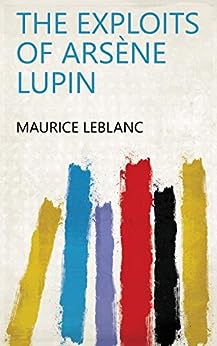 Releases February 16, 2021. Pre-order How to Avoid a Climate Disaster now with Pre-order Price Guarantee.
If the Amazon.com.au price decreases between your order time and the end of the day of the release date, you'll receive the lowest price. Order now
Get 90 DAYS FREE of Amazon Music Unlimited with purchase of an eligible product. Listen FREE for 90 days. Learn more here.

3.8 out of 5 stars
3.8 out of 5
15 global ratings
How are ratings calculated?
To calculate the overall star rating and percentage breakdown by star, we don’t use a simple average. Instead, our system considers things like how recent a review is and if the reviewer bought the item on Amazon. It also analyses reviews to verify trustworthiness.

Goutam Barman
4.0 out of 5 stars Extraordinary exploits
Reviewed in India on 25 May 2017
Verified Purchase
Arsene Lupin's extraordinary exploits are quite enjoyable and has an antique style of thriller.
Read more
One person found this helpful
Report abuse

Baloo
5.0 out of 5 stars Arsene Lupin, what a character!
Reviewed in the United States on 28 February 2013
Verified Purchase
I was introduced to the Arsene Lupin series in a college class on detective novels. And now I can't get enough of him! This first book, "The Exploits of Arsene Lupin" is a great collection of short stories by Maurice LeBlanc about a witty, sophisticated, sly, gentleman named Arsene Lupin who is a master thief, and the bane of every aristocrat and policeman in France, especially the determined detective, Lupin's arch-nemesis Ganimard. Written in the early 1900s, Lupin would go on to star in more than 15 novels by LeBlanc, including two that have still not been translated into English. This is the start of the series, so definitely read this first. You'll get all of the backstory you need on Lupin and his adventures of stealing, taunting the police, and yet still doing moral good. Lupin is a very likeable and deep character.

I totally recommend this series for anyone who loves detective fiction, or the Lupin III anime (On which the character Arsene Lupin III is based off of), or even short serial novels. Maurice LeBlanc has an easygoing writing style, whose language is of the time period but is still very easy to read today, I would say a little bit more than Sir Arthur Conan Doyle and the Sherlock Holmes books. And be sure to look out for "Homlock Shears/Herlock Sholmes", LeBlanc's way of including the great English detective (Who is the star of the 2nd Arsene Lupin novel!) in the last story of this book.

PS: If you want to buy this book and others in the Arsene Lupin series, buy the Wildside Press editions, all of which were published in the early 2000s. For "The Exploits of Arsene Lupin" it is the one with the pink cover, and holds the same cover ("ARSENE LUPIN IN....") for many of the later Arsene Lupin books also published by Wildside. The other ones listed here on Amazon are not always the correct book, and are print on demand copies, of which the translation and printing are suspect.

Nathaniel Craig
4.0 out of 5 stars Clever like Holmes, but harder to find
Reviewed in the United States on 12 February 2010
Verified Purchase
Lupin was the original "Gentleman Thief". Serialized in the late Victorian/Early Edwardian times he was the French contemporary of Doyle's Holmes, but while Holmes investigate crime, Lupin commited them!
There was even a crossover story, but due to copywrite issues LeBlanc had to use a fake name for Sherlock. (This is especially funny because LeBlanc's estate fought and lost an international copywrite fight with Japan over the name of a Japanes Comic character: Lupin III)
There is also a movie base on Arsene Lupin, but it is nearly impossible to find it in a region 1.
[...]
Read more
2 people found this helpful
Report abuse
See all reviews
Get FREE delivery with Amazon Prime
Prime members enjoy FREE Delivery and exclusive access to movies, TV shows, music, Kindle e-books, Twitch Prime, and more.
> Get Started
Back to top
Get to Know Us
Make Money with Us
Let Us Help You
And don't forget:
© 1996-2020, Amazon.com, Inc. or its affiliates