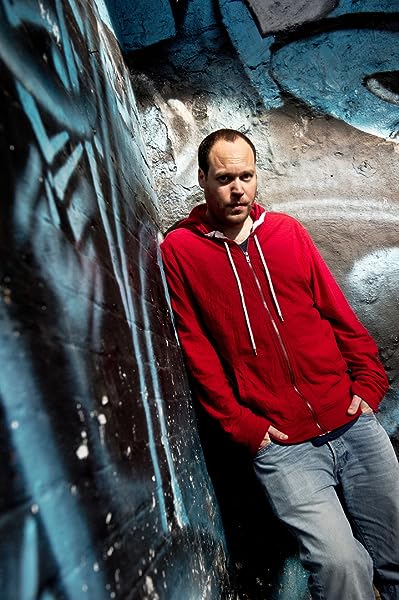 by Lavie Tidhar (Author)
4.1 out of 5 stars 71 ratings
See all formats and editions
Sorry, there was a problem loading this page. Try again.

"Tidhar's story reads like a drug-infused John Le Carré novel, if Le Carré wrote science fiction and dropped LSD as he pounded on the typewriter… an amazing accomplishment, and highly recommended."
- The Fix, reviewing The Shangri-La Affair (Strange Horizons)

"It's stomach churning and very sweet at the same time, bizarreness and beauty like most of Tidhar's stories."
- The Fix, reviewing The Butcher and The Flykeeper - A Christmas Love Story (Murky Depths)

“The strength of this work is the setting. It is incredibly inventive and fun… a wonderful story, especially for those who enjoy the more surreal edges of speculative fiction.”
- Tangent, reviewing High Noon in Clown Town (Postscripts

"Tidhar's story is classic noir, but with its tongue firmly in its cheek from beginning to end. A very enjoyable read."
- The Fix, reviewing Hard Rain at the Fortean Cafe (Aeon)

Currently based in Laos, in South-East Asia, Lavie is an Israeli who has lived in places as exotic as Vanuatu, South Africa and Britain. As well as a clutch of highly regarded short stories and novellas, his website World SF has attracted much attention for focussing specifically on the SF and fantasy produced in non-English speaking countries of the world.

Start reading The Bookman (The Bookman Histories Book 1) on your Kindle in under a minute.

Lavie Tidhar is the World Fantasy Award winning author of Osama (2011), The Violent Century (2013), the Jerwood Fiction Uncovered Prize winning A Man Lies Dreaming (2014), the Campbell Award and Neukom Prize winning Central Station (2016), and Unholy Land (2018) in addition to many other works and several other awards. His latest novels are By Force Alone (2020), children's book The Candy Mafia (2020) and graphic novel Adler (2021). Forthcoming in 2021 are novels The Escapement (US) and The Hood (UK), and anthology The Best of World SF. Lavie works across genres, combining detective and thriller modes with poetry, science fiction and historical and autobiographical material. His work has been compared to that of Philip K. Dick by the Guardian and the Financial Times, and to Kurt Vonnegut’s by Locus.

Russell G. Pottinger
5.0 out of 5 stars Great read
Reviewed in the United Kingdom on 20 October 2011
Verified Purchase
A beautifully written, steampunk-esque early 20th century world where lizards are our ruling class and the world is slightly tilted because of this. Essentially it is an alternative history book, along the lines of Harry Turtledoves books, but with less war and more fantasy thrown in.

The book interweaves a number of well known literary characters into the storyline in a way that doesn't make it feel forced, and the fact that the main character is called Orphan, should emphasize the style of the book.

I loved this book and would recommend it to everybody who likes a little bit of difference in their lives.
Read more
3 people found this helpful
Report abuse

Nicholas D Harvey Jr
3.0 out of 5 stars Meh
Reviewed in the United Kingdom on 14 June 2013
Verified Purchase
Well, it was definitely steampunk. Sometimes it felt like being bashed over the head with a steampunk how-to manual. At times a little pointless but an all right read nonetheless. I can see how some would have loved it, but for me it was just about average. I'll read the others in the series and probably enjoy them too, but I wouldn't add them to any must read lists. I also felt the end was rushed and unsatisfying.
Read more
Report abuse

Peter B
5.0 out of 5 stars Five Stars
Reviewed in the United Kingdom on 1 October 2014
Verified Purchase
A reliable and efficient seller - and an excellent book that my grandchildren much enjoyed
Read more
Report abuse