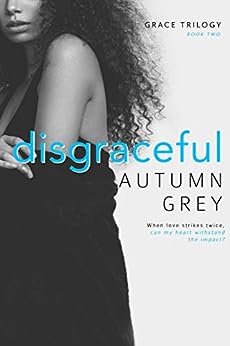 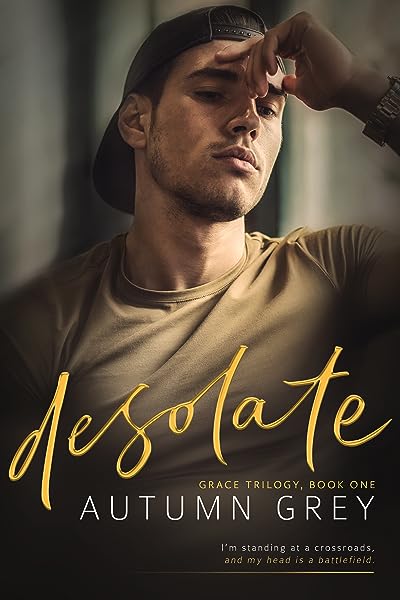 A soldier, an athlete, a comedian, and a softer kind of soul, Teddy Hamilton is the guy to fill any need. Known best for his work in the Him series by Sarina Bowen and Elle Kennedy, and the Mister series by JA Huss, Teddy has lent his voice to over eighty titles, some sweet and some salty, always with a lot of passion and heart.

Morae Brehon is a trained actor who narrates as well as directs other narrators, authors, and celebrities in recording audiobooks. She enjoys the art of storytelling and bringing the words on the page to life for the listener. When not in the studio, she spends time traveling and working on her photography. --This text refers to the audioCD edition.

TardisAngel
4.0 out of 5 stars All the feels!!
Reviewed in Australia on 22 July 2020
Verified Purchase
O M G!! Autumn sure knows how to write an angsty NA story and the second book in the Grace trilogy shows that in spades. The cliffhanger has left me gobsmacked and I can't wait to see how it all ends!!
Read more
Helpful
Report abuse

Wendywoo
5.0 out of 5 stars Amazeballs
Reviewed in Australia on 12 August 2019
I truly love this author and couldn’t wait to read this book. Omg Autumn just OMG!

Grace and Sol’s emotional roller coaster of life continues in book 2 of this trilogy and left me gob smacked and needing more......

Grace is left heart broken after Sol chooses god over her, deciding to get on with her life she goes travelling with her bestie MJ before starting college life.

When college begins she finds herself attracted to Levi and soon the friendship becomes more than just friends. Then Sol enters her life once again to put a spanner in the works.

I felt so sorry for Grace in this book, she didn’t know which way to turn, questioning herself to how she could be in love with two men.

The final blow and explosion of an ending that Autumn gave us had me in tears.

Claypot2850
TOP 100 REVIEWER
5.0 out of 5 stars NA Angst at its best!!!!
Reviewed in Australia on 17 May 2019
This book had me on an emotional roller coaster. I was so torn for a lot of the book. Torn between what I wanted the outcome to be VS what I thought was the best outcome for the characters. I feel like I know them and I need them to get their HEA. I kept getting so angry at them, then they'd make me cry, then laugh, then I'd forgive them. Gah - I'm all kinds of messed up right now.

ShannonVM
4.0 out of 5 stars I need resolution and ABSOLUTION!
Reviewed in the United States on 20 May 2019
Verified Purchase
3.5*

Disgraceful picks up right where Desolate left off, with hearts breaking all around. I was so anxious and worried about what was to come, especially once the blurb was revealed and the teasers started. I’m relieved to say, though, that Disgraceful wasn’t quite the angstfest I was expecting. And thank goodness for that! Although I was “ready” for my heart to be shredded, can you really ever be ready for that sort of thing?

Desolate was such a great read, but I didn’t get quite the same feels from Disgraceful. I think maybe it was because the bulk of the story was told from Grace’s point of view and to be honest, I’m not her biggest fan. I know things are still so up in the air with her and Sol, they’re both trying to figure out what they want out of life. Grace is doing her best to move on, while Sol is working on coming to terms with the decisions he’s made. I adore Sol and really want him to be happy, and at this point I’m not so sure it’s with Grace. Yes, they have a heavy history and such chemistry, but it just might be too much to sustain.

I am anxious to see where Ms. Grey will be taking us in the final book in the trilogy. We're left with quite the cliffhanger, both literally and figuratively! I really want Sol to get his happily ever after, but I think we're in for another roller coaster of a ride before he gets there.
Read more
Report abuse

Frances G.
5.0 out of 5 stars Three Hearts Broken.....
Reviewed in the United States on 29 May 2019
Verified Purchase
Wow what a conclusion, how this book start right from where book one left off. This story is so emotional. I can't believe what I just read and it's still more to come.

Disgraceful is about Sol, Grace, and Levi and how they're fighting for love, how they're love is about to be a big problem. Grace, the common factor between them, the one who has to make the decision of a life time.
Two guys, with the heart of gold and the excess baggage in their life. Sol, his heart and mind is torn between his faith and his love and when he's still struggling to make a choice for what he wants, he decides to deal with it the only way he knows how. Levi, the knight with the broken heart. He has so many fears from the past that he feels its going to happen again. But when his feelings changes and he decides to take a chance, he realize that it's not as hard as he thought, or is it.

This is the most angst book ever. Autumn knows what she's doing and she defiantly knows how to drag the story out.
Read more
Report abuse

Kindle Customer
5.0 out of 5 stars ALL THE FEELS!!
Reviewed in the United States on 21 May 2020
Verified Purchase
OH MY HEART!! This series just keeps getting better and better. This story has gripped my heart so tightly and is not loosening up or letting go. This book was an emotional roller coaster of hope and heartache and growing for each of these characters. While this story has been absolutely gut wrenching and heart shattering, it has also been undoubtedly beautiful. Autumns creates such unique and authentic characters that burrow their way into your heart and keep you coming back for more. This book broke me in the most beautiful way and I can't wait for what I'm sure is going to be an earth shattering epic conclusion to the grace trilogy.
Read more
Report abuse

Denise R.
3.0 out of 5 stars an okay read
Reviewed in the United States on 24 May 2019
Verified Purchase
I was really looking forward to this book. I thought I would have gotten all of the answers I needed that weren't answered in Desolate. Unfortunately, I have to wait for the next book in the series to find out who Grace chooses. Will she choose Sol, her first love? Will she choose Levi, her college love? Will both boys fight for her? Will both be around to fight for her? The ending leaves more questions than the first book left. I love the idea of this story, and I'm hoping that it concludes in the next book.
Read more
Report abuse

diann bryan
4.0 out of 5 stars Grace’s choice
Reviewed in the United States on 1 June 2019
Verified Purchase
Ugh! I want to have a conversation with Ms. Grey! Seriously! My heart! This story has been up and down and where you want it to go. It doesn’t but then you can relate to where it’s going. Finally things come together and yes! The ending!!!! Book 3 better have good news to bring ,is all I’m saying!
Rant over!
This story is a complicated one but a good one! I highly recommend reading both books!
Read more
Report abuse
See all reviews
Back to top
Get to Know Us
Make Money with Us
Let Us Help You
And don't forget:
© 1996-2021, Amazon.com, Inc. or its affiliates