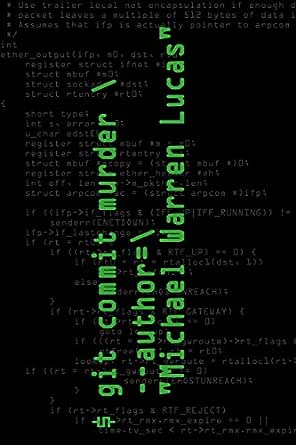 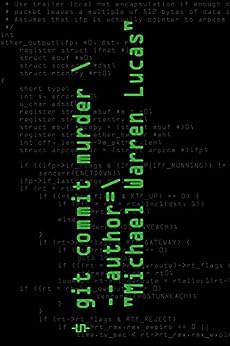 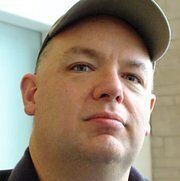 Emile
4.0 out of 5 stars Really good read
Reviewed in Germany on 18 June 2019
Verified Purchase
Michael W. Lucas is well known for his books on BSD and other IT-related topics. He also writes books to entertain. This is one of them. And it is a surprising good one. It is a crime novel about a computer nerd with ADD, solving murders. It is very funny. The book has its flaws but for every computer nerd out there, this is an interestering read.
Read more
Report abuse

Jason Eckert
4.0 out of 5 stars I enjoyed this book far more than I would have thought
Reviewed in Canada on 12 November 2019
Verified Purchase
Firstly, the author is a very talented writer who is able to capture the authentic UNIX geek scene perfectly.
Secondly, the plot is enticing, and rooted in reality.
Together, this makes for a very enjoyable read if you work in the tech industry using UNIX/Linux.

Barnacle Wes
5.0 out of 5 stars A t-shirt soaking ride through the strange relationships forged by brilliant people.
Reviewed in the United States on 4 April 2017
Verified Purchase
So I know quite a bit about mystery novels (500+ on my shelf) and a fair bit about BSD and computer conferences. Michael, who has attended more cons that I have, nails both the geek aspect and the mystery aspect in this excellently crafted novel.

The protagonist, Dale, is a character familiar to everyone in the computer community. We spend a fair amount of time inside Dale's head, and though his issues are not my issues, his way of looking at the world resonates. He is so very similar to a number of young programmers I've known, which make the story all that much more believable. For readers who aren't geeks or don't know any geeks well, this novel might well be an eye-opener into what it's like to be inside the head of one of us.

I loved following Dale's investigation, and the ways he had to push himself to find the answers he needed; this attribute he shares with every gumshoe in every gin joint in all the world. Keeping the body count to 2 is an accomplishment in a murder mystery, and yet follows the classic murder mystery complication. (No spoilers, you know what I mean, right?)

I didn't love the ending, because it didn't surprise me. In the real world, murders usually aren't, so I can really hold that against Michael. The book did leave one burning question, though...

Alex Bartlett
5.0 out of 5 stars Entertainment with delightful nerd details.
Reviewed in the United States on 20 July 2017
Verified Purchase
Reading this book was a pleasure. The narrative progresses through an appropriately flawed perspective with rich detail and compelling characters. Lucas's style and expertise make for a satisfying story flush with wit and charm and accurate portrayals of the people and technology that are central to his work.
Read more
3 people found this helpful
Report abuse
See all reviews
Get FREE delivery with Amazon Prime
Prime members enjoy FREE Delivery and exclusive access to movies, TV shows, music, Kindle e-books, Twitch Prime, and more.
> Get Started
Back to top
Get to Know Us
Make Money with Us
Let Us Help You
And don't forget:
© 1996-2020, Amazon.com, Inc. or its affiliates