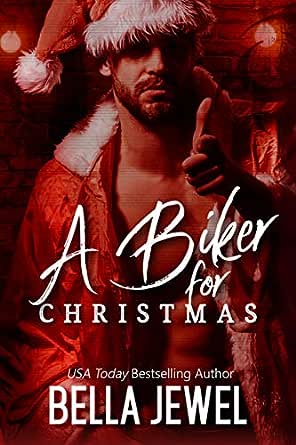 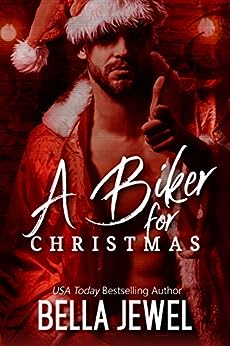 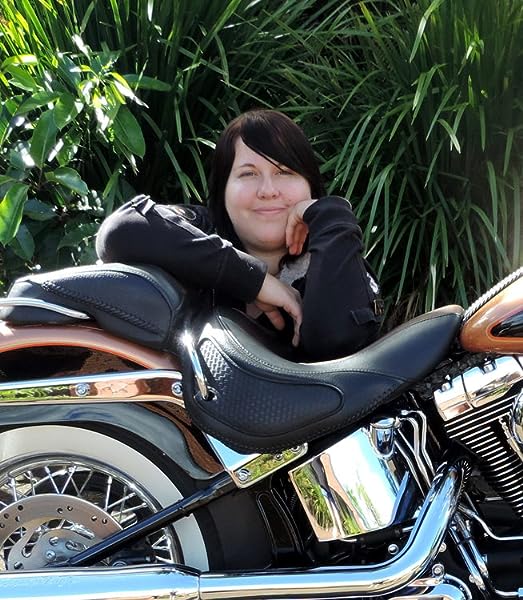 A Christmas Novella!
Come on this delicious and wild Christmas adventure with two of your favorite clubs, the Jokers’ Wrath MC and the MC Sinners!! You don’t want to miss this one!!!

It was meant to be a vacation.
Just us.
The club.
No kids.
Christmas.
Food.
Laughter.
Drinks.
The silly season.
But of course that’s never how it ends up.
Of course someone had to come on our cruise ship and start murdering people.
Of course we’re stuck out in the middle of the ocean with no way out.
Of course we’re with another club, who, frankly, don’t seem to like us being here.
Our eyes are on them.
Their eyes are on us.
It’s not going to end well.
I can just feel it.
All I wanted was a damned cocktail vacation, minus the tail, if you know what I mean.
Ah, but instead here we are.
Again...

Seriously.
Why?
I mean, can’t we even go out into the middle of the ocean without drama?
No.
Of course we can’t.
That would be far too easy.
Now we’re stuck on a ship, with some crazy murderer and our vacation is ruined.
Ruined.
Then there’s that other club…the ones who seem to think it’s their problem and not ours.
The ones who seem to think we have something to do with it.
How do two clubs end up on the same ship?
On the same vacation?
Don’t look at me, how the hell should I know?
Man, I just wanted Spike, a bed and some serious lovin’.
Now I’ve got Spike, a ship, and a serious killer.
Is it really too much to ask?
Of course it is.
Ah, because instead here we are.
Again…

Nanaaaaa
5.0 out of 5 stars My favourites!!!!
17 December 2019
Format: Kindle EditionVerified Purchase
Write more bella!!! I missed your writing. 😚😍😍 it was so good to get lost in these characters again even for just a few hours!
Read more
Helpful
Comment Report abuse

ValBal
TOP 1000 REVIEWER
5.0 out of 5 stars Good to read about old friends
8 January 2020
Format: Kindle Edition
Loved the two clubs coming together. Just gotta say, my man has been an amputee since he was 20. Throughout the journey of life we have had to deal with many issues that a couple wouldn't usually have to. Now we're nearing 60 and it has been worth it. Hold onto your partner and treasure every minute of it, the good and the bad.
Read more
Helpful
Comment Report abuse
There are 2 customer reviews and 3 customer ratings.
See all 2 customer reviews
Write a customer review

GSKM in sc
5.0 out of 5 stars Short and perfect
17 December 2019 - Published on Amazon.com
Format: Kindle EditionVerified Purchase
This is a novella but it is written so perfectly well that I got lost in the characters and plot. I thought I was reading a full length novel. Such depth. Jaylah (Mack) are my favorite characters. I have listened to their audible book more than 10 times. I was beyond happy when I discovered this story involved Jaylah and Ciara (Spike) among all the others. It was like revisiting old friends. Enjoy! I much prefer the MC books.
Read more
One person found this helpful

esther day-morey
5.0 out of 5 stars Perfect
18 December 2019 - Published on Amazon.com
Format: Kindle EditionVerified Purchase
What a perfect book by Bella. I love, love, love. Did I say love these characters!!!! I fell in love with both of these MC's when she wrote these books and I can honestly say I have re-read the books several times. I thought this book was so perfect. The steamy sex was so true fro the characters and Mac and Jaylah.... Oh my gosh I was nervous for a bit I won't lie... Then I thought the more I read I was wondering if Bella is teasing us with more to come with the MC's and the kids... Oh please. If u haven't read this book or any of her books. I so highly recommend this author she really is fabulous ❣️
Read more

Danielle Monte
5.0 out of 5 stars My Favorite Clubs are Back and it’s Amazing!
20 December 2019 - Published on Amazon.com
Format: Kindle EditionVerified Purchase
I just want to say how excited I was for this book because The Knights Sinners and Jokers Wrath are my all time favorites MC series. There all amazing and it was such an awesome surprise to get them together, thank you Bella Jewel!! The story is told by Ciara and Jaylah so you know it’s gonna be good. There was drama, intrigue and a ton of sexiness . There’s an very emotional element in the story which your heart breaks a little. But rest assured, everything turns out amazing in the end. I definitely loved it and you will too ❤️
Read more

Linda Jones Diamond
5.0 out of 5 stars Freaking awesome
19 December 2019 - Published on Amazon.com
Format: Kindle EditionVerified Purchase
Oh my goodness! If you are a fan of Bella Jewel than you are definitely going to want to read this. You'll get to catch up with Ciara, Jaylah, Addison, Serenity, Santana oh and let's not forget Spike, Mack, Maddox, Krypt(?) and Jackson.... Such a damn fantastic book. I could not put it down... Suspense, drama, heart breaking moments, lots of delicious spice . Excellent story, freaking Love it. Definitely one of my favorite Christmas reads
Read more

Debra J. Bowman
5.0 out of 5 stars Awesome Holiday MC book
21 December 2019 - Published on Amazon.com
Format: Kindle EditionVerified Purchase
Had such a great time reading this work of art. I laughed at some of the stuff this group got up to. This was one of those books I just did not want to put down. Loved seeing the ladies interact and get to know each despite being in different MC clubs and boy are their men broody! Definitely worth the read and I will read it a second time!
Read more
Go to Amazon.com to see all 9 reviews 4.5 out of 5 stars
Get FREE delivery with Amazon Prime
Prime members enjoy FREE Delivery and exclusive access to movies, TV shows, music, Kindle e-books, Twitch Prime, and more.
> Get Started
Back to top
Get to Know Us
Make Money with Us
Let Us Help You
And don't forget:
© 1996-2020, Amazon.com, Inc. or its affiliates