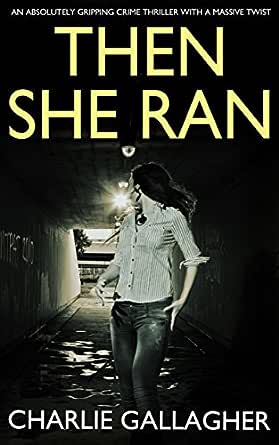 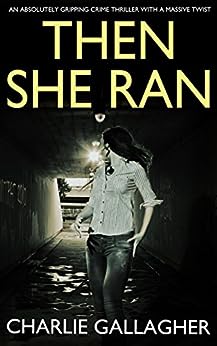 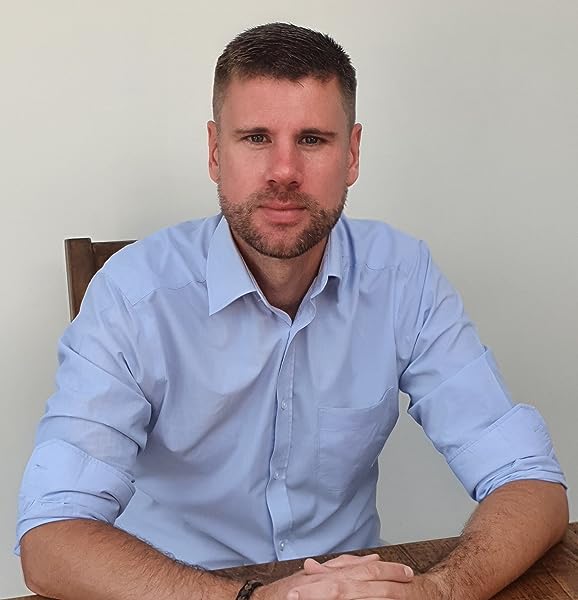 4.4 out of 5 stars
4.4 out of 5
697 global ratings
How are ratings calculated?
To calculate the overall star rating and percentage breakdown by star, we don’t use a simple average. Instead, our system considers things like how recent a review is and if the reviewer bought the item on Amazon. It also analyses reviews to verify trustworthiness.

Barbara Sth Aust
TOP 500 REVIEWER
5.0 out of 5 stars Riveting. Could not put it down. Fast paced and believable .
Reviewed in Australia on 30 April 2018
Verified Purchase
George Elms is back. Still a bit unsure of himself at times after a time of uncertainty in his career and his life. His promotion has made him more aware that he still felt, at times, unable to cope with pressure from his job and his family life. But now he had to concentrate all his effort on this killing. The death of an elderly woman in her own home. The killers causing havoc everywhere. This was his chance to again be the best detective he could be.
Read more
5 people found this helpful
Helpful
Report abuse

Darryl Greer
4.0 out of 5 stars An Engaging Read
Reviewed in Australia on 16 October 2019
Verified Purchase
Author (and detective) Charlie Gallagher’s novel, "Then She Ran" is another involving fictional detective, George Elms. This time around, the story gets off to a cracking start when Jenny Harris is suddenly awoken by her boyfriend, Joseph. With their baby daughter asleep on Jenny’s chest she is panicked into obeying Joseph’s order. We all know that panic is contagious and Jenny hurries to wrap the baby and get out of their hotel, leaving their belongings behind. The reason for Joseph’s panic soon becomes clear when they are pursued but Jenny still doesn’t know who her pursuers are or what has landed her lover in this predicament. When Joseph falls, he manages to shout to Jenny to run and she does. Meanwhile, George Elms is investigating another crime. An elderly woman has been shot in the stomach during a violent robbery. She is left for dead in her home, her husband confused and devastated. Both cases prove complex and with ongoing problems in his private life, George makes a serious misstep. But eventually, he gets his mind back in focus and he discovers a link between both crimes. Solve one, solve the other – on the other hand, if he fails in one, he fails in both.

As a serving officer of ten years and a detective investigating serious offences, you would expect Charlie Gallagher to know his stuff when it comes to police procedure and this is evident throughout this crime thriller. He manages to hook your interest from the start and even when the story settles down as the investigation is ongoing, there is sufficient intrigue to keep you wondering where it is all going to lead. While I note that some reviewers have found George Elms a flawed character, I don’t have a problem with that. Not all detectives are like Hercule Poirot or Sherlock Holmes. As with all good murder mysteries there is a twist in the tale. "Then She Ran" is an engaging read.
Read more
Helpful
Report abuse

Kindle Customer
TOP 500 REVIEWER
4.0 out of 5 stars Gripping
Reviewed in Australia on 26 July 2018
Verified Purchase
Started off at a cracking pace and kept me engaged throughout. I took off a star because I found it fairly implausible that a woman who had only had a baby 4 months ago would be able to evade criminals as successfully as Jenny. Also the author depicts Inspector George Elms as intuitive, resourceful and compassionate, yet he doesn't pick up on a terrified woman being held hostage in an elevator and doesn't connect the dots between the two crimes. Otherwise a really good read.
Read more
One person found this helpful
Helpful
Report abuse

Cimilli
5.0 out of 5 stars Verda
Reviewed in Australia on 24 May 2018
Verified Purchase
I could not stop reading this book. It is well written, a good story that follows logic and finishes with a twist.
Read more
4 people found this helpful
Helpful
Report abuse

Regina
4.0 out of 5 stars Running blind.
Reviewed in Australia on 31 July 2018
Verified Purchase
Held my interest from the first page as the narrative immersed me in the confusion and fear that 'she' was feeling. Everything felt very real, giving me a feeling of 'looking over my shoulder' to see from where the next threat was coming.
The author has nicely captured the ordinary everyday things that we deal with which can be turned so very quickly by a non-ordinary event - not just the 'victim' here was operating in a fog, but it showed the police were hampered in their duties by 'unforeseen' activity of which they were initially unaware.
I will certainly follow up with more by the same author.
Read more
Helpful
Report abuse

Kindle Customer
5.0 out of 5 stars Consuming
Reviewed in Australia on 9 June 2018
Verified Purchase
This is the first book I have read by Charlie Gallagher but it certainly won't be the last. The story was fast moving and kept me so engrossed that I couldn't put it down. It had many twists and turns particularly at the end. Now to read his next one.
Read more
3 people found this helpful
Helpful
Report abuse

Alan G. Hider
5.0 out of 5 stars A really engrossing murder mystery
Reviewed in Australia on 21 March 2020
Verified Purchase
Realism and great characters make this book both human and engrossing. The story evolves in a clear manner but there are a mass of unexpected events and the final pages were totally sensational.
Read more
Helpful
Report abuse
See all reviews

Ali
5.0 out of 5 stars Brilliant, would highly recommend
Reviewed in the United Kingdom on 28 April 2018
Verified Purchase
Another brilliant book from Charlie, i absolutely loved it, "Then She Ran" is action packed from start to finish, with lots of twists and turns and what a surprise at the ending. I"d definitely recommend reading this book its definitely Charlie's best. Thanks for the ARC Charlie.
Read more
13 people found this helpful
Report abuse

Booklover BEV
5.0 out of 5 stars Gripping
Reviewed in the United Kingdom on 25 April 2018
Verified Purchase
What a start to a good read. As soon as I opened this book I knew it was going to be a good one. George elms of the Langhorne police is an investigator not to be messed with. Wow what a story starting with Jenny and her baby after her boyfriend joe tells her to get away. I was glued turning over page after page. One of the best crime thrillers I have ever read and would recommend to all readers
Read more
13 people found this helpful
Report abuse

Paul S
5.0 out of 5 stars Well worth taking a look at this exciting, page-turning, crime thriller by Charlie Gallagher.
Reviewed in the United Kingdom on 25 June 2019
Verified Purchase
'Then She Ran' is an exciting, page-turning crime thriller. It has an action-packed start that sets the scene for what follows - a plot containing many twists and turns as the police investigation into the events that have taken place is hindered by a lack of clues as to the motive for the crimes and who the perpetrators may be.
I like that this novel can be read as a 'stand-alone' crime thriller even though it features many characters that appear in other stories by Charlie Gallagher. I particularly enjoy how Charlie Gallagher manages to portray the challenges facing police officers investigating crimes with the bureaucratic demands they face when building a case that will result in a successful prosecution. I also like how he interweaves the personal lives (warts and all) of the main police characters with their professional careers, showing how one can affect the other. Finally I find his style of writing very engaging with its totally realistic dialogue and its ebb and flow in the pacing of the story (with moments of high drama and page-turning 'what happens next' action followed by brief interludes where we can catch our breath or be suddenly blindsided by an emotionally charged scene).
If I have any criticism about the this novel it is that the story ends a little too abruptly for my liking, but this I think is because I became totally immersed in the story and so did not really want it to end too soon!
I have only recently 'discovered' Charlie Gallagher's crime thrillers. If you have not yet read any of his novels then I would recommend you take a look at 'Then She Ran' as it will provide you with an excellent introduction to his police procedural novels.
Read more
One person found this helpful
Report abuse

Silver Lady
3.0 out of 5 stars Not good. Not bad
Reviewed in the United Kingdom on 30 October 2018
Verified Purchase
Annoyingly, I had to keep stopping reading in order to note grammatical mistakes. It's something I can't help doing. OK, I'm the Grammar Police. I noticed about 18 instances of "sat" instead if "sitting" and probably 10 instances of "stood" instead of "standing". Admittedly some of these were within speech and so many people in all walks of life are guilty of this. Certainly many authors these days seem to be.

Getting to the story itself, well I wasn't gripped but I did read to the end eventually, which I was pleased came at 90%.

I didn't like the character of Inspector George Elms much and I won't be reading any more books about him. I'd an inkling about the identity of the perpetrator quite early on. I'll go middle of the road, be generous and award three stars.
Read more
One person found this helpful
Report abuse

Father Ted
5.0 out of 5 stars "Terrific story"
Reviewed in the United Kingdom on 8 August 2018
Verified Purchase
This was more than a police procedural. A lot more, with far more detail than the standard model. Somehow, that didn't slow the incessant pace of the story. George Elms has more issues than Reader's Digest, but he gets the job done any way he can. He's surrounded by a solid cast of characters and there are several twists along the way to keep you guessing. Loved it.
Read more
5 people found this helpful
Report abuse
See all reviews
Back to top
Get to Know Us
Make Money with Us
Let Us Help You
And don't forget:
© 1996-2021, Amazon.com, Inc. or its affiliates