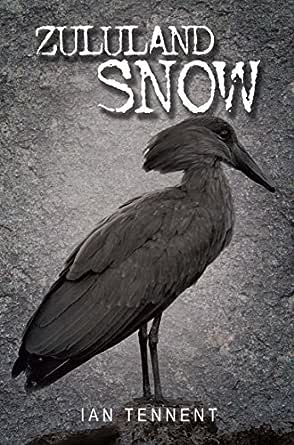 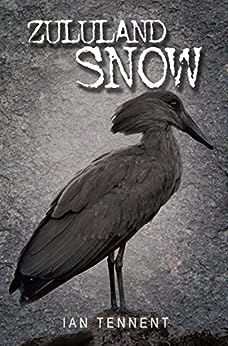 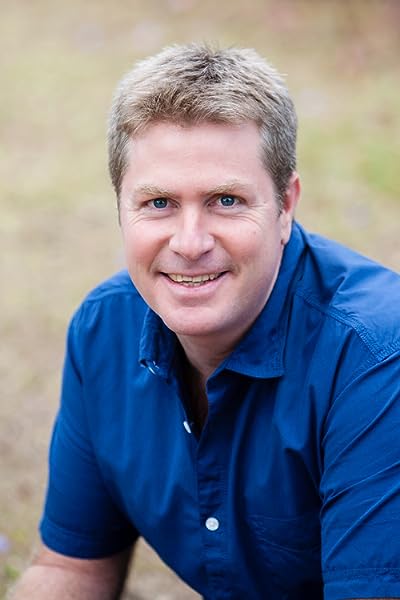 A BOY’S SEARCH FOR THE SOUL OF A NATION.

While Zululand reels under the blows of a lunatic’s hammer, half-hearted schoolboy Craig's imagination ignites when he links an Anglo-Zulu War letter his grandfather bequeathed him, to his History teacher's mesmerising tale of the lost inKatha, ‘The Soul of the Zulu Nation’.
However, in his feverish quest to find the relic he unwittingly sets in motion a chain of events which disturbs the dark equilibrium of forces in his hometown; forces both past and present, and steeped in malice.

Set in a small town in Zululand during the turbulent summer of 1983, Zululand Snow is the tale of a boy searching for a way to bring a glorious past back to life. It’s a tale of history and imagination, of folklore and legend, and the gravitational pull they exert on the marrow in a boy’s bones.

Christopher
4.0 out of 5 stars Wonderful debut! Do not judge this book by it's cover!
27 July 2015 - Published on Amazon.com
Verified Purchase
Please do not judge this book by it's cover! I'll tell you what you'll miss if you do: a thrilling and nail-biting adventure that will have you remembering about the good ol' days. You know the ones. Goosebumps and The Famous Five, staying up late and reading with your nightlight on because nothing scares you -- No, don't turn off the lights, Mom. Twenty more pages you say, more for your own benefit than hers, because in reality you're scared of being alone in the dark. As you grow older you forget what that feels like. This will remind you.
Allow yourself to: Follow the adventures of three young boys growing up in rural South Africa, in a place as magical as it is mystical.
P.S. Safe for young readers, too, just like Goosebumps was.

SandyB
5.0 out of 5 stars Childhood adventure
4 November 2016 - Published on Amazon.com
Verified Purchase
I love Ian Tennent's writing - it transports me back to that innocent time of childhood when we used to ride our bikes in the street and the worst thing that could happen to us was exams. I enjoyed Zululand Snow very much - it's a good story & I love the 3 main character boys, they are so different from each other but somehow still remind me of myself. I've read book 2 - Zululand Gold (which I loved even more) and I can't wait for the next installment!
Read more

Brigitta Simpson
5.0 out of 5 stars A master storyteller at work.
3 January 2016 - Published on Amazon.com
Verified Purchase
Zululand Snow is an adventure story written by a master storyteller and is pure magic. The use of language and imagery is superb, painting a vivid picture of the exciting world of young boy and his friends involving family history, folklore, crime and sheer fun in Zululand, South Africa.
Read more
Go to Amazon.com to see all 27 reviews 4.7 out of 5 stars
Get FREE delivery with Amazon Prime
Prime members enjoy FREE Delivery and exclusive access to movies, TV shows, music, Kindle e-books, Twitch Prime, and more.
> Get Started
Back to top
Get to Know Us
Make Money with Us
Let Us Help You
And don't forget:
© 1996-2020, Amazon.com, Inc. or its affiliates