Zero Hour: A Post-Apocalyptic EMP Survival Fiction Series and over 1.5 million other books are available for Amazon Kindle . Learn more 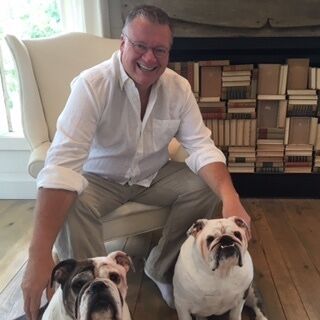 Page 1 of 1 Start overPage 1 of 1
Previous page
Next page
Start reading Zero Hour on your Kindle in under a minute.

4.6 out of 5 stars
4.6 out of 5
194 global ratings
How are ratings calculated?
To calculate the overall star rating and percentage breakdown by star, we don’t use a simple average. Instead, our system considers things like how recent a review is and if the reviewer bought the item on Amazon. It also analyses reviews to verify trustworthiness.

Scott Osmond
TOP 100 REVIEWER
4.0 out of 5 stars Good Follow-on
Reviewed in Australia on 24 April 2018
Verified Purchase
The solar mass ejection has crippled the electricity grid. Instantly the US and presumably the rest of the world is plunged back into the preelectric age. This is a story of what could happen. Things go well for this family, and then they ran out of food and starved to death would make for a short series. Without law and order the crab bucket and eventually looters arrive. By crab bucket I mean people who didn't prepare demanding that everyone else share because of "fairness". Easy writing style with competent characters. I'll be continuing the series.
Read more
Helpful
Report abuse

CAT
4.0 out of 5 stars Good Read
Reviewed in Australia on 17 March 2018
Such a different take on an EMP event. Nice reading about everyday families with no particular skill set to survive such an event.
Read more
Helpful
Report abuse
See all reviews

W.J. Watt
5.0 out of 5 stars Great series
Reviewed in the United Kingdom on 26 September 2016
Verified Purchase
Zero Hour is the moment when the CME hits the world and sends it back into the stone age, Bobby in this series writes about a family who were not preppers but realised something was going to change the way they lived, it gives you gang warfare against the neighbourhood, the splits in friendships and even sadness, and when the story ends, you get a helping hand and can learn about CMEs and EMPs one natural and one is man mande
Read more
Report abuse

Robert Boudreau
5.0 out of 5 stars Five Stars
Reviewed in Canada on 18 May 2017
Verified Purchase
would recommend
Read more
Report abuse

The first book in the series is about the 36 hours of warning that the Earth's astronomers are giving in order to prepare for the massive CME event. The second book starts at the CME event and talks about the two weeks after the event. Basically, most people only have a week of food stored in their house and little water. During the second week, things get desperate as roving gangs start breaking into homes for food and water.

This book is different from most post apocalyptic EMP books as a CME event is very different from an EMP event. The author includes 50+ appendix pages on EMP, CME, and RF events in the book. He also includes a 500 item prepping list of materials to stockpile. BTW, Lloyds of London has written a damage estimate to the USA for a Carrington level solar storm to be around two trillion dollars. Since this is an apocalyptic book, the author makes the strength of the solar storm to be way in excess of the Carrington 1859 storm. On other words, a Superflare.

In fact, the author makes the effects of the CME event much worse over time. The solar storm overwhelms the shielding on the ISS (International Space Station) and the Chinese space station, Tiangong-1. The two space stations collide soon after the solar storm and the wreckage falls to Earth a couple of days after the CME event off the coast of California. The resulting tsunami wave, 300 ft tall, kills 20 million people in California since there were no warnings due to the solar storm killing off the electrical grids worldwide.

grammyshere
5.0 out of 5 stars Bullets, Bandaids and Beans, Will you survive?
Reviewed in the United States on 26 August 2016
Verified Purchase
Wow, Bobby continues the story of Colton and his family's treacherous journey of survival. I'm amazed how well this book integrates everything I've been reading lately. This book should be in everybody's Prepper 101 class.
Colton and his family are struggling through the first few weeks of the solar flare - life has changed drastically. The neighborhood is trying to unite, food and fresh water is scarce for most, gangs are knocking on their door. "Never underestimate the depravity of man." Colton states. Big decisions must be made for their future. "Having somewhere to live is home. Having someone to love is family."
Bobby explains in a thrilling and exciting story with real- to- life characters the what to do's and the what not to do's in a survival situation; and how important the will to survive can be. What can I say, fantastic again.
Read more
9 people found this helpful
Report abuse

Cynthia Terrones SSgt/USMC
5.0 out of 5 stars YOU DECIDED TO STAY TOGETHER AS A GROUP, BUT AT WHAT POINT DO YOU DECIDE ENOUGH IS ENOUGH FOR YOU TO MOVE ON TO SAVE YOUR FAMILY
Reviewed in the United States on 19 March 2018
Verified Purchase
Another book that t have the pleasure to say I also read awhile back, but again didn't leave a proper review like I should have and again Mr. Akart that is all on me, which I hope to correct as time goes by. Everyone in this home HPA Organization though that they had the right answer and knew how things needed to be run but in reality, no one really knew what they were doing, more like winging it by the seat of their pants. Then 3 guys showed in mismatched army gear, wearing hunting boots you could could find at a Walmart. Then things went totally down the dump as homes were be broken into off of the empty house list that is turned everyday to HPA. It doesn't take long before Colton figures out what it going on with that list. Friends and neighbors are turning the empty houses over to the housing Authority, then being broken in the following evening. Things seem to go from bad to worse. Once all is said and done, all that counts and can be counted on is family and to keep them safe, at any cost. I so love this series as Bobby Akart, just keeps the books coming and as always, they are amazing.
Read more
Report abuse
See all reviews
Back to top
Get to Know Us
Make Money with Us
Let Us Help You
And don't forget:
© 1996-2021, Amazon.com, Inc. or its affiliates