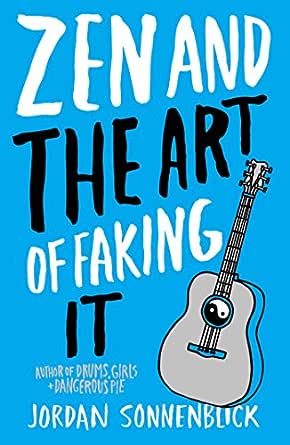 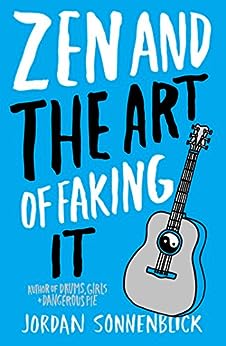 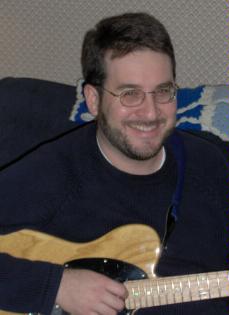 Zen and the Art of Faking It Kindle Edition

"A brave book . . . Jordan Sonnenblick carries it off with such charm and elan, you forget for a moment your heart is breaking." --Frank McCourt, author of Angela's Ashes

* "Sonnenblick shows that even in the midst of tragedy, life goes on, love can flower, and the one thing you can always change is yourself." --Booklist, starred review

"The reader falls in love with the brothers, laughing and crying by turns and rooting for both of them until it almost hurts." --Kirkus Reviews

Praise for After Ever After

* "As hilarious as it is tragic, and as honest as it is hopeful, don't confuse this book with inspirational reading. It's irresistible reading." --Booklist, starred review

Praise for Notes from the Midnight Driver

* "Readers [will be] nodding with recognition, sighing in sympathy, and gasping with laughter--often on the same page." --The Horn Book, starred review

Praise for Zen and the Art of Faking It

"This light-hearted situation comedy is peppered with genuine Zen insight." --Bulletin of the Center for Children's Books

"The writing is fresh, the characters appealing, and it looks like the author has another hit." --Oakland Tribune

From masterfully funny and poignant Jordan Sonnenblick, a story that will have everyone searching for their inner Zen.

Meet San Lee, a (sort of) innocent teenager, who moves against his will to a new town. Things get interesting when he (sort of) invents a new past for himself, which makes him incredibly popular. In fact, his whole school starts to (sort of) worship him, just because he (sort of) accidentally gave the impression that he’s a reincarnated mystic.

When things start to unravel, San needs to find some real wisdom in a hurry. Can he patch things up with his family, save himself from bodily harm, stop being an outcast, and maybe even get the girl?
See all Product description
click to open popover

Amazon Customer
5.0 out of 5 stars The best
28 May 2019
Format: Kindle EditionVerified Purchase
I cannot use enough words to describe this book. Jordan Sonnenblick has wonderfully and beautifully created this book so that it is a heart warming but tragic and humorous book. I definitely recommend this book if you like tragidies, comedies and maybe even a little bit of romance. I recommend this book for ages 10+. Overall great book. Jemijimjams
Read more
Helpful
Comment Report abuse
See all 1 customer reviews
Write a customer review

Library Lady
5.0 out of 5 stars Quality writing
1 October 2012 - Published on Amazon.com
Verified Purchase
I'm always searching for quality books for YA and not sure how I happened about Jordan Sonnenblick's books, but I like his clear, CLEAN writing. Boy it's tough being at a new school every year, dealing with a father's inability to take responsbility for himself and family,and most of all trying to fit in. San Lin takes on the role of the Buddist culture of Zen. He studies up on the subject and gets the whole school behind his theories, even the girl of his dreams, Woody who has her own issues. Lots of good reviews, so I won't repeat the story, but excellent book and it will be added to my church library very soon.
Read more
One person found this helpful

Jennifer O'Donnell
5.0 out of 5 stars Great message!
15 September 2017 - Published on Amazon.com
Format: Kindle EditionVerified Purchase
I enjoyed this book tremendously. Light with a great message. My son had to read it for school, so I read along to help him study for the test and this has been one of my favorite young adult books so far!
Read more
One person found this helpful

S.K.Roark
4.0 out of 5 stars Sweet story about a New Kid trying to impress a girl and learning how to deal with the rest of his life without realizing it.
7 May 2016 - Published on Amazon.com
Verified Purchase
Fantastic until the last couple of chapters, which didn't fit with anything else before them. It felt like that part had been edited by propaganda specialists hired by the current dictatorship. All YA lit is canted that way but when the central theme is Zen, I hoped for a more cohesive ending.
Read more

Lauren Dierolf
5.0 out of 5 stars Finding yourself
10 April 2016 - Published on Amazon.com
Format: Kindle EditionVerified Purchase
I'm really enjoying this author! He captures the awkward phase of middle school perfectly. This book is about a new student going through a tough time with his family. He decides to change his identity, fools the whole school, and starts a revolution. Things are going well with him until his mother blows his cover. Then, he takes what he learned, uses it, and tries to make amends.
Read more
Go to Amazon.com to see all 39 reviews 4.6 out of 5 stars
Get FREE delivery with Amazon Prime
Prime members enjoy FREE Delivery and exclusive access to movies, TV shows, music, Kindle e-books, Twitch Prime, and more.
> Get Started
Back to top
Get to Know Us
Make Money with Us
Let Us Help You
And don't forget:
© 1996-2020, Amazon.com, Inc. or its affiliates