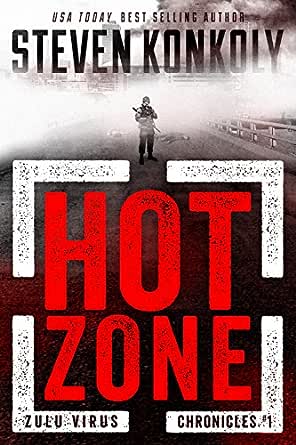 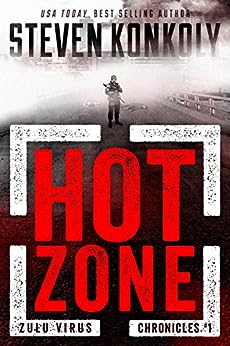 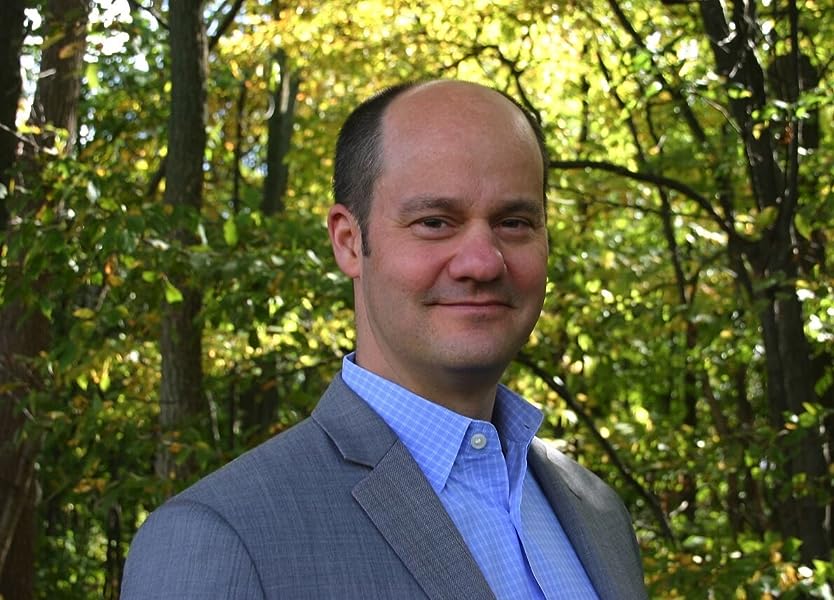 Steven Konkoly is the USA Today bestselling author of over twenty novels and novellas. His canon of THRILLERS includes: the FRACTURED STATE trilogy, a "24-style," near future conspiracy series set in the southwest United States; the BLACK FLAGGED books, a gritty, no-holds barred covert operations and espionage saga; and THE PERSEID COLLAPSE series, a tense, thriller epic, chronicling the aftermath of an inconceivable attack on the United States. Steven graduated from the United States Naval Academy in 1993, receiving a bachelor of science in English literature. He served the next eight years on active duty, traveling the world as a naval officer assigned to various Navy and Marine Corps units. His extensive journey spanned the globe, including a two-year tour of duty in Japan and travel to more than twenty countries throughout Asia and the Middle East. From enforcing United Nations sanctions against Iraq as a maritime boarding officer in the Arabian Gulf, to directing aircraft bombing runs and naval gunfire strikes as a Forward Air Controller (FAC) assigned to a specialized Marine Corps unit, Steven's "in-house" experience with a wide range of regular and elite military units brings a unique authenticity to his thrillers. He lives with his family in central Indiana, where he still wakes up at "zero dark thirty" to write for most of the day. When "off duty," he spends as much time as possible outdoors or travelling with his family--and dog. Steven is an active member of the International Thriller Writers (ITW) and Science Fiction and Fantasy Writers of America (SFWA) organizations. You can contact Steven directly by email (stevekonkoly@striblingmedia.com) or through his blog (www.stevenkonkoly.com). --This text refers to an out of print or unavailable edition of this title.

4.3 out of 5 stars
4.3 out of 5
381 global ratings
How are ratings calculated?
To calculate the overall star rating and percentage breakdown by star, we don’t use a simple average. Instead, our system considers things like how recent a review is and if the reviewer bought the item on Amazon. It also analyses reviews to verify trustworthiness.

Paul Whittaker
3.0 out of 5 stars Spoiled by genre confusion
Reviewed in Australia on 26 January 2018
Verified Purchase
The first three quarters of this book was great - the final quarter, not so much.

It starts out as a great exploration of the practical and ethical issues facing ordinary people in a civilization-ending crisis. At what point do you lose faith in The System? Is it better to trust strangers, or go it alone? Duty first, or family? Adding detail from the author's life experience and meticulous research gives characters the semblance of depth and makes everything seem quite realistic and plausible.

But then, at about the point that the CHASE team is first introduced, realism goes out the window, characters take on superhero-like attributes and suddenly join forces for no good reason, and the book suddenly turns from a very good psychological thriller into a pedestrian Sci Fi adventure that reads like a Left4Dead back story. This doesn't bode well for the next book in the series.

I wish I could have given this book five stars. The majority of it really deserved this rating.

Dodie
5.0 out of 5 stars next Book
Reviewed in Australia on 20 August 2019
Verified Purchase
I enjoyed this book very much and immediately looked up other books by this author. Good book, well written and narrated.
Read more
Helpful
Report abuse

don
5.0 out of 5 stars Could not put it down
Reviewed in Australia on 12 January 2018
Verified Purchase
There was all sort of jobs to do around the house but they stayed undone while I read this book.
Read more
Helpful
Report abuse

Kindle Customer Tricia
5.0 out of 5 stars Very good
Reviewed in Australia on 20 January 2018
Verified Purchase
This is a very good book to read and certainly hard to put down. Good storyline and i liked the people in it
Read more
Helpful
Report abuse

Greg Sheppard
4.0 out of 5 stars Hot
Reviewed in Australia on 6 January 2018
Verified Purchase
Well written with good characters and the story flows. Although we jump around a bit it is easy to follow the story
Read more
Helpful
Report abuse
See all reviews

Hank
3.0 out of 5 stars Be prepaired for a mixture of pace
Reviewed in the United Kingdom on 3 March 2018
Verified Purchase
Firstly this is not a complete story - if you want to know what happens you must buy the following books. This story is drawn out, as in the beginning there are quite detailed descriptions both technical and medical. Each chapter concentrates on one particular character. Subsequently there is no continuity with the real story of people developing flu like symptoms which turn some of the victims into aggressive creatures. I was up to 40% on my Kindle before the pace started to pick up but in the next chapter we were back to the slower pace. It wasn't until I reached 65% that the pace went into overdrive and it was exciting and the characters came into their own. To be honest that last surge wasn't enough to make me want to go further. The characters I liked and I could visualize them easily.
Read more
One person found this helpful
Report abuse

Jerry
5.0 out of 5 stars Hot Virus Action
Reviewed in the United Kingdom on 11 February 2018
Verified Purchase
Konkoly's Hot Zone throws you right into the deep end as society breaks down in the face of a virus. Konkoly's attention to detail is spot on as always and a nice series of character arc POV's keep you hooked on their progress. Nicely came together at the end. Great read.
Read more
Report abuse

LIR
5.0 out of 5 stars Could not put it down
Reviewed in the United Kingdom on 3 January 2018
Verified Purchase
Bio-warfare.... who is behind it?
Several people are not infected and they try to leave the quarentined area - one is a scientist who may have the why and who is behind it and may also have a way to defeat the virus.
But leaving the infected area is not easy as they are hunted by the infected, the military and maybe others.
Time to buy the next installment.
Read more
Report abuse

Kindle Customer
5.0 out of 5 stars Really good.
Reviewed in the United Kingdom on 26 July 2018
Verified Purchase
Mr Konkoly has done it again. Highly recommend this series to everyone who enjoys a great apocalypse story. Now about to start on book 2.
Read more
Report abuse

Jane
5.0 out of 5 stars Great read!
Reviewed in the United Kingdom on 12 January 2018
Verified Purchase
Slightly different from the usual apocalyptic novels focusing on the interaction of a few central characters who endeavour to escape the quarantine zone of a suspected government inflicted bio-hazard zone. Very enjoyable escapism.
Read more
Report abuse
See all reviews
Back to top
Get to Know Us
Make Money with Us
Let Us Help You
And don't forget:
© 1996-2021, Amazon.com, Inc. or its affiliates