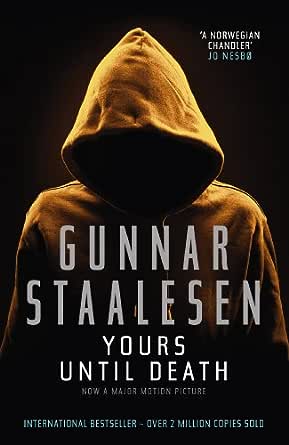 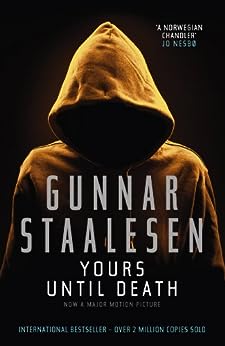 Fans of contemporary noir will welcome Staalesen's superior second entry, first published in Norway in 1979, in his series featuring Bergen PI Varg Veum. Staalsen's mastery of pacing enables him to develop his characters in a leisurely way without sacrificing tension and suspense. --Publishers Weekly

Veum is a divorced loner with a penchant for drinking aquavit and a reputation for always solving the crime, no matter the personal cost. . . . A nice change of pace for Swedish crime readers. --Booklist Online

I like Veum...out of his mouth comes some wonderful philosophy and observations about modern relationships, childhood, bereavement, and the destructive force of passion. He treats young Roar with compassion and respect. He also provides some comic relief from the tense novel. I recommend this book. --I Love a Mystery

First published in Norwegian in 1979, it was described by the critic Nils Nordberg as 'one of the finest, most serious, most ambitious books in post-war Norwegian crime writing'. The single-mother families of the isolated community under the shadow of the Pyderhorn, Bergen's greatest mountain, are being terrorised by a teenage gang. But teenage violence is nothing compared to what awaits detective Varg Veum when he gets to know the blue-eyed Wenche Andersen.
See all Product description

Amazon Customer
5.0 out of 5 stars Another Varg Veum classic
Reviewed in Australia on 3 July 2018
Format: Kindle EditionVerified Purchase
I really like this series, Varg is a lovable rogue who asks tough questions and gets knee deep into trouble.

The plot develops and builds throughout, reaching a dramatic climax.

olwyn f neill
3.0 out of 5 stars Disappointed
Reviewed in Australia on 29 August 2015
Format: Kindle EditionVerified Purchase
But too like 50s private eye classics for me. Not a lot of meat to the story.
Read more
Helpful
Comment Report abuse
See all reviews from Australia

Elaine Tomasso
4.0 out of 5 stars Atmospheric
Reviewed in the United Kingdom on 3 January 2014
Format: Kindle EditionVerified Purchase
Varg Veum, convinced of the wife's innocence, investigates the murder of her ex husband in her flat. The plot itself is quite slim but I thought this was real Scandinavian noir. The writing is spare and to the point. Veum is an intriguing, contradictory character. On the one hand he is a romantic but he is also a violent man. He tries to eat healthily and runs but he also drinks too much. He is solitary but loves talking and the list goes on. Mr Staalesen also has plenty to say about social conditions in Norway in the late 70s. I don't know what I thought about Norway but maybe reindeer jumpers and clean living as I met plenty of Norwegian engineering students in Glasgow in the early 80s but I didn't expect gang culture and disaffected youth. Has anything really changed in the past 30 years? I think this is a great book and well worth a read but it won't be for everyone as it is rather bleak in tone and doesn't really have a happy ending.
Read more
Helpful
Report abuse

kevb2212
5.0 out of 5 stars Excellent
Reviewed in the United Kingdom on 14 February 2014
Format: Kindle EditionVerified Purchase
Great book to read, these Scandinavian detective novels are getting better by the week. They are so easy to follow
Read more
Helpful
Report abuse

Daria Finnie
2.0 out of 5 stars Not for me.
Reviewed in Canada on 17 August 2018
Verified Purchase
Not my favourite style of writing. Very juvenile and imitative of Mickey Spillane.
Read more
Helpful
Report abuse

Amazon Customer1
4.0 out of 5 stars Great
Reviewed in the United Kingdom on 4 October 2016
Format: Kindle EditionVerified Purchase
Great read read read and read the reviews of the reviews and ratings of the hotel and the hotel is
Read more
Helpful
Report abuse
Load more international reviews

Er Jwee Chiek 余瑞傑
5.0 out of 5 stars In Oslo, we have Harry Hole. In Bergen, there is another alcoholic and masochistic private detective named Varg Veum
Reviewed in the United States on 13 March 2017
Format: Kindle EditionVerified Purchase
While a face may have launched a thousand ships in the Greek mythology of Helen of Troy, smitten by a kiss from a helpless woman would spark a Varg Veum to go to the ends of the world just to clear her name from murder and a hope for a future together. Even if this woman has no money to pay him. Even if it meant being beaten senseless by gang of vengeful street thugs, burning hours chasing strangers and listening to their histories of love affairs, adultery, and brokenhearted. Even if it meant being beaten up by a crowbar from a killer. There were no happy characters in the story, Varg Veum being the most unhappy, lonesome and pitiable of them all. There unhappiness seem to stem from their hunger for that perfect love and their inability to attain it. Unrequited love drove some to madness and into committing crimes of passion. The author was brilliant in developing every important character in the book and describing them vividly in terms of apparel, complexion, facial features and body weight. Brilliantly entertaining not just in uncovering the murderer at the end, but Gunnar presented to the readers, an intimate peek at a slice of society of Bergen in the 70s all the way back to the childhood days of Varg Veum and his sweet memories of his tram conductor doting father and home making mom who cooked simple delicious Norwegian fare such as 'fiskebøller'. Nostalgic melancholy, self deprecating and sadness in so many levels. Absolutely addictive stuff.
Read more
4 people found this helpful
Helpful
Report abuse

Anne Mills
3.0 out of 5 stars Interesting But Dated: Later Staalesen Better
Reviewed in the United States on 9 September 2015
Format: Kindle EditionVerified Purchase
This is the second of Gunnar Staalesen's Varg Veum novels, and dates back to 1979. It shows its age, but it's also a fairly compelling read. First the negative. The writing reminds me a lot of Raymond Chandler and other Americans of the noirish private eye school. At times the urban gloom and the hero's downbeat cynicism reads almost like parody. That could be a trick of translation, but it seems more like an influence not yet fully digested, and it makes 1979 feel even further back than it was. On the positive side, however, the novel is a good read, and the story draws one in. The further on you get, the more it emerges that things are not what they seem, and that the character who drives the plot has as many layers as an onion. Having started off with a very late Varg Veum, I am pleased to report that Staalensen's style gets better, while his plots remain interesting.
Read more
5 people found this helpful
Helpful
Report abuse

Rickjamo
5.0 out of 5 stars An author worth savoring
Reviewed in the United States on 5 October 2017
Format: Kindle EditionVerified Purchase
Staalesen has created Varg Velma, a hero worth tasting again and again. He incorporated a threatened child but only briefly and early on, avoiding the over-used theme of "saving an endangered child from brutality or worse". Only one of the many, many ways this novel was truly "novel". Bravo, Gunnar!
Read more
One person found this helpful
Helpful
Report abuse

D. Sandvig
5.0 out of 5 stars Outstanding own-to-earth mystery
Reviewed in the United States on 12 October 2017
Format: Kindle EditionVerified Purchase
I enjoy a good mystery, and like the dilemma on the Orient Express there was a true "who dunnit " place. My heritage is Norwegian and often I was on "maps" looking at the places my Grandparents talked about. I'm off to read another of his books. Truly enjoyed this one!
Read more
One person found this helpful
Helpful
Report abuse

Patto
4.0 out of 5 stars Quirky study of adultery
Reviewed in the United States on 2 October 2010
Verified Purchase
What would mystery writers do without loneliness, depression, passion, alcohol and weather conditions? Norwegian writer Gunnar Staalesen makes effective use of them all in this novel.

Private investigator Varg Veum is about to enter a chaotic world where love just won't stay inside marriage. Divorced himself, he's in love twice over before he figures out who killed Jonas Andersen, advertising executive and ex-husband of one of the women he falls for. Varg is the knight in shining armor who's going to uncover the truth, but his armor will be considerably dulled and dented before he's done.

The novel portrays a variety of interesting personal interactions. Varg (a former Child Welfare worker) is good with kids, sweet with women, nasty with gangs, practical with prostitutes and dangerously insulting to men he doesn't like.

The character of Varg Veum is influenced by hardboiled American detection fiction, but behind his "wall of wisecracks," Varg is a vulnerable guy.

He talks when he's scared, never curses in front of women and children and perceives the world through oddball metaphors. Although he's very susceptible to attractive women, he pities people in love - "new couples constantly on their way to the slaughterhouse."

Gunnar Staalesen is the leading mystery writer in Norway, where he's considered a serious literary figure who uses crime as a vehicle for exploring the human psyche. Yours Until Death (1993) is the second book in the Varg Veum series. Others available in English are The Writing on the Wall (2002), which I read and enjoyed, and The Consorts of Death (2009).

I don't think Staalesen is much known in America, but I hope he will be. I'd very much like to read more of his novels.
Read more
16 people found this helpful
Helpful
Report abuse