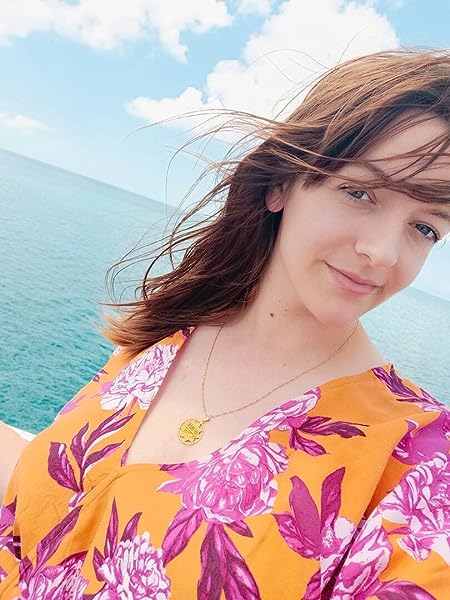 by Skyla Madi (Author)
4.2 out of 5 stars 115 ratings
See all formats and editions
Sorry, there was a problem loading this page. Try again.

Skyla Madi was born in the small town of Port Maquarie, New South Wales in 1993. She spent half her life growing up in Wauchope, a thriving rural town at the heart of the Hastings River Valley before making the leap to the busy city of Brisbane. Whenever this young Australian writer isn't changing diapers, watching cartoons, cooking for her husband or doing other motherly-wife things, she is actively working on her writing and improving her writing skills. Skyla loves to read just as much as she loves to write and since discovering that YA/paranormal romance/urban fantasy/ are her favorite genres, she has embarked on her own writing journey and is currently working on a YA series titled 'The Guardian Angel Series'.
Start reading Your Guardian Angel (The Guardian Angel Series Book 1) on your Kindle in under a minute.

4.2 out of 5 stars
4.2 out of 5
115 global ratings
How are ratings calculated?
To calculate the overall star rating and percentage breakdown by star, we don’t use a simple average. Instead, our system considers things like how recent a review is and if the reviewer bought the item on Amazon. It also analyses reviews to verify trustworthiness.

DragonRose UK
5.0 out of 5 stars Loved It
Reviewed in the United Kingdom on 5 April 2014
Verified Purchase
I had this book as a freebie last year and totally forgot about it until I was cleaning up my library on my Kindle. When I began to read it I wished I had read it when I downloaded it. It was an easy to read, not too long, yet a very captivating story. So much so that as soon as I finished it, I bought the next in the sequel and started reading that.
Read more
Report abuse

Lynn
4.0 out of 5 stars Good read
Reviewed in the United Kingdom on 4 September 2013
Verified Purchase
Nice storyline with interesting characters. Didn't seem too long a story but still well worth reading. Can't wait to read the next in this series.
Lynn
Read more
Report abuse

Mrs Doyle
4.0 out of 5 stars A great read!
Reviewed in the United Kingdom on 19 May 2013
Verified Purchase
Really enjoyed this book, a fresh take on vampires including guardian angels, gods and goddesses. Couldn't put the book down!
Read more
Report abuse

Hally
5.0 out of 5 stars A must read
Reviewed in Canada on 10 April 2013
Verified Purchase
From the moment I picked up this series I couldn't put it down. The characters are amazing and the story line is unique. The third installment of the series is out and I bought it the moment it became available.
Read more
Report abuse

Ann
3.0 out of 5 stars too many inconsistencies.
Reviewed in the United States on 29 June 2015
Verified Purchase
I finished it but with reservations. ***MAJOR SPOILERS AHEAD

I liked Ruby until she went to Sage Academy oddly enough. She seemed more normal and in control before she was abducted. Sage didn't seem to inspire her to change or be better. She simply existed, just to love Eli, and be safe from Hank. Apart from learning how to move water, she was simply this doe eyed teen who feel in love with an angel. She also didn't really come across as outstanding except for her unique abilities. She's essentially exotic but without much depth. The only thing that's works for her is that when she's vampire, she doesn't want to feed from anyone directly.

I wanted to like Eli and Ruby's relationship but it was ridiculously unequal. Eli was a mature teacher (whose poise and wisdom exceeds his 24/25 years) while Ruby is still an 18 year old (who seems more like 15/16) high school student just learning to be an adult. She has no freedom or independence. She's now expected to develop this symbiotic, dependent relationship on someone she can never have? Eli more like wise mentor or protective older brother. Their relationship would have made more sense if this is how it was written. Their bonding tattoos didn't make much sense since apparently the bonds are not long term or permanent. And why would they give two beings such as goddess and guardian angels bonds that would easily lead to more intense feelings, just because of the sheer amount of time they spend together, but yet forbid any relationship between them? If a guardian angel can be easily assigned to someone else when she graduates from the school, why not simply make him her mentor and leave it at that. And why have an emotional bond if it's one sided?

Why would a highly respected wizard call a teen's mom a whore to her face? But yet no one expects her lash out? Everyone keeps wanting to restrain her at moments where she has every right to be angry? It's like constantly slapping someone in the face, and not expecting them to flinch?

And how would Tay's behavior ever be reasonable for angel, even if he was a vampire hunter? He's still an angel. The fact that everyone tolerated his attitude and didn't question it, or that he wasn't penalized for it was absolutely ridiculous. No decorum.

Sorry to say Aleksandrov, the supposed headmaster needs some tips from Dumbledore because he is a poor example of a headmaster.

Everyone's reaction to her behavior is unrealistic, being surprised by her fear and anxiety after seeing her mom killed, abducted, threatened by a vampire, and thrown into a new environment. Most are acting as if she's being ridiculous for not simply getting over it.

As stated earlier, the pairing with Eli seems almost inappropriate, despite their supposed legal age. Her emotions are far too immature for a relationship with someone like Eli, who seems like he's far beyond his time much less years. After all she's been through doesn't seem to taken anything seriously, but needs to have everyone run to her rescue all the time.

Everyone wants her to be dependent on them. Her only desire seems to be Eli. She's very passive and doesn't seem to much going for her. Poorly developed character.
Read more
2 people found this helpful
Report abuse
See all reviews
Back to top
Get to Know Us
Make Money with Us
Let Us Help You
And don't forget:
© 1996-2021, Amazon.com, Inc. or its affiliates