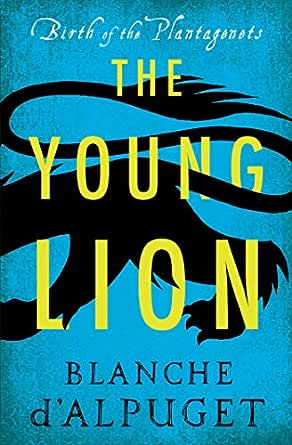 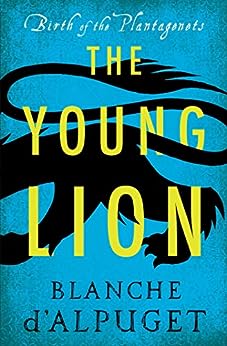 The Young Lion (Birth of the Plantagenets) Kindle Edition

‘Blanche d’Alpuget … has a remarkable ear for the passions and cravings of her characters. Her narrative is so fresh and energetic you will swear she’s bringing us a first-hand account.’ -- Stephanie Dowrick

‘This is exuberant story-telling history, full of sex, passion and politics.’ -- Geraldine Doogue --This text refers to an alternate kindle_edition edition.

The first book in the Birth of the Plantagenets series is sumptuous, rich historical fiction. --This text refers to an alternate kindle_edition edition.

Blanche d'Alpulget is an acclaimed novelist, biographer and essayist. She has won numerous literary awards including the inaugural Australasian Prize for Commonwealth Literature in 1987. Her books include MEDIATOR:A BIOGRAPHY OF SIR RICHARD KIRBY (1977); MONKEYS IN THE DARK (1980); TURTLE BEACH (1981) which won the Age book award in 1981; ROBERT J HAWKE: A BIOGRAPHY (1982); WINTER IN JERUSALEM (1986) and WHITE EYE (1993). Turtle Beach became a feature film in 1992 featuring Greta Scacchi and Jack Thompson and all her novels have been translated into other languages. --This text refers to an alternate kindle_edition edition.
Read more

Ken Chapman
3.0 out of 5 stars Good, light historical fiction with a few minor blemishes
Reviewed in Australia on 13 February 2015
Verified Purchase
I'm somewhat ambivalent about this book and still trying to decide whether to read the next volume or not. The narrative moves along at a brisk pace which held my interest; however, at times the story gave the impression of being over-edited, skipping through some parts of the plot with unseemly haste and leaving gaps that could perhaps have been filled with interesting historical detail or deeper exploration of some of the less central characters.
The introduction of mysticism in the form of telepathic communication with animals and a Scottish super-warrior who could supposedly transform himself into a swan in order to cross the English Channel at a strategic moment were surprises that stretched my credulity. In an otherwise plausible fictionalisation of a crucial time in history, these subterfuges were a distraction which I didn't really appreciate.
In summary, my reaction is that this is an entertaining novel that will hold a novel reader's attention throughout. There is always a crisis to be dealt with, a lover to be loved or a loss to be mourned. Enjoyable as long as you don't mind the odd sprinkle of fairy-dust.
Read more
One person found this helpful
Helpful
Report abuse

Jennifer
TOP 10 REVIEWER
3.0 out of 5 stars `A young Lion steps forth from his den.'
Reviewed in Australia on 28 November 2013
This is the first of a projected quartet of novels about the Plantagenet dynasty, and opens as the king and queen of France, Louis VII and his wife Eleanor of Aquitaine return from the Crusades in 1149. Unhappy in her marriage to the monkish Louis, Eleanor begins an affair with Geoffrey le Bel, Duke of Normandy. Geoffrey wants a spy in the French court and sees Eleanor as ideally placed to assist. Although Geoffrey and Eleanor's affair becomes passionate, Geoffrey is clearly focussed on his main objective: to see his son Henry become King of England.

`She's stolen more than my heart. She may steal everything I've worked for. Or she may be the key to our triumph.'

Henry meets Eleanor in interesting circumstances, and falls in love with her Byzantine maid Xena. Alas, Xena would not be a suitable queen of England. And Eleanor is keen to divorce Louis, and she'll have to marry again. Could it be Geoffrey? Or will it be Henry?

`The man who would soon be king smiled at his wife.'

This novel is full of intrigue, passion, politics, power, sex and vengeance. It's romance in an historical setting and I suspect I would have enjoyed it more if I hadn't come to it with my own (somewhat different) views of Eleanor of Aquitaine and Henry. In my view the fictional Xena plays too large a role in the lives of both Eleanor and Henry, and while this adds to the atmosphere it detracts from the story. On the other hand, I did enjoy meeting Ms d'Alpuget's Thomas Becket. There's an increasing amount of fiction about Eleanor of Aquitaine and Henry and whether you like this account may well depend on your own view of the characters involved. Despite my reservations about the depiction of Eleanor and her (possible if not likely) affair with Geoffrey le Bel, I'm interested enough in Ms d'Alpuget's depiction of Henry to read the second novel once it's published.

sue mulley
4.0 out of 5 stars The Young Lion
Reviewed in the United States on 12 April 2014
Verified Purchase
I chose this rating because The Young Lion was a book that I found hard to put down. It was well written and full of history.

There are very few writers that can write like that and I was engaged in the story the whole way through. I was quite sad when I came to the end of the book and truly hope that there is a sequel.

Thank you Blanche for taking the time to make this book a great read.

I would compare this book with Kate Mosse - Labyrinth and Philippa Gregory - White Princess. These book are both a brilliant read.
Read more
One person found this helpful
Report abuse

Chris Holmes
4.0 out of 5 stars History with a more than a smack with a sharp sword .
Reviewed in the United States on 6 November 2014
Verified Purchase
I have chased many books on matters that cover the 11th and 12th century. Most novels have been disappointing but this author shines. Her stories have a ring to them; although cathedral bells should bellow and blast even frighten and not merely chime. Historical matters are covered thoughtfully though not slavishly; there is scope for a little more flavour and a little more taste. There is dirt and grime and hunger. I shall certainly read more of her series and hope to be rewarded with similar pleasure.
Read more
Report abuse

Philm
5.0 out of 5 stars Great read
Reviewed in the United States on 12 January 2014
Verified Purchase
It was a good read. I'm looking forward to a sequel. A good lead up to the Matthew Marshall series by Elizabeth Chadwick.
Read more
One person found this helpful
Report abuse

Ilona Miklosvary
5.0 out of 5 stars Read now, excellent
Reviewed in the United States on 12 October 2013
Verified Purchase
The prose was easy, the characters were developed well and the historical integrity was maintained. Great period read waiting anxiously for the next installment
Read more
One person found this helpful
Report abuse
See all reviews
Back to top
Get to Know Us
Make Money with Us
Let Us Help You
And don't forget:
© 1996-2021, Amazon.com, Inc. or its affiliates