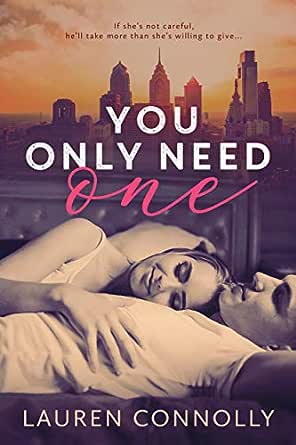 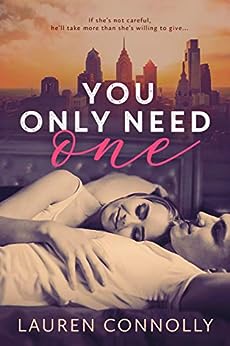 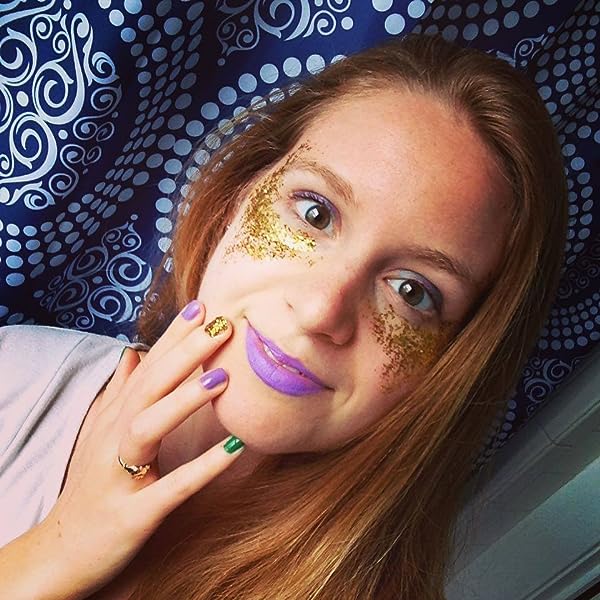 You Only Need One: A Serious Sassy Romance (My One Series Book 1) Kindle Edition

She’s agreed to give him her kidney, but he wants her heart.

Ben Gerhard lives his days reliant on a machine to keep him alive. His kidney failure has progressed rapidly, and none of his family or friends are matches to donate. Then relief comes in the form of Holly Foster. She’s bossy, adorable, and willing to undergo surgery to save Ben. Problem is, the more time he spends around her, the more he wants her to see him as a something other than the sick guy she’s agreed to help. Holly gets Ben to share hidden parts of himself, all the while keeping him at a distance.

Holly cannot be attracted to Ben Gerhard. That’s what she tells herself repeatedly even as his charming smile, constant jokes, and soothing presence entice her to let her guard down. But anything other than a friendly relationship would put the kidney exchange at risk, and there is nothing in the world Holly wants more than to save her brother. They’ve been burned in the past, and this time needs to go smoothly. Problem is, Holly is finding that the guy whose life she’s agreed to save is becoming an integral part of her own.

If she’s not careful, he’ll take more than she’s willing to give...

Lauren Connolly works as a university librarian when she's not crafting love stories. This means she's used to researching random topics-from revitalizing rural communities in Japan to the stigma held against horse slaughter and consumption in the United States. (That last one was a bit difficult, what with her being a vegetarian, but she did it!) ​ In her free time, Lauren wrestles with her grumpy cocker spaniel, named after her favorite pop culture librarian; drives or flies long distances to visit family and friends around the world; reminds herself she should do something healthy, like lift weights or yoga; and stays up past her bedtime to read "just one more page."
click to open popover

Nancy E. Bickford
5.0 out of 5 stars A novel you won't want to put down until you've read it all
18 March 2019 - Published on Amazon.com
Verified Purchase
Loved the way the author got inside the protagonists' heads. Felt like I really understood the complexities of the issues. Just enough romance to tantalize and keep the reader interested while also addressing real issues and real life problems. Well-written and hard to put down. If this is the author's first book, I can't wait for the following books!
Read more

Crystal
5.0 out of 5 stars Beautiful storytelling
5 January 2019 - Published on Amazon.com
Verified Purchase
This book checked all my boxes! A slow burn romance? A hero that made me swoon and laugh at the same time? A heroine that was getting shit done? Beautiful and thoughtful writing?
YEAHHHH, baby, all of it, plus, an epilogue that was so good and perfect. If you want a book filled with a beautifully developed relationship and a HEA to die for then pick up this book now!

Alyssa Dean Copeland
5.0 out of 5 stars Heart-warming
12 February 2019 - Published on Amazon.com
Verified Purchase
I enjoyed this heart-warming story and found myself thinking about Ben and Holly for days after I finished reading the book. Recommend.
Read more

Carlene
4.0 out of 5 stars 4 Feel Good Stars
9 February 2019 - Published on Amazon.com
For me, You Only Need One was like a contemporary version of a Lurlene McDaniel novel. Lauren Connolly tells the story of Holly, a sister fighting to find her brother a new kidney, and Ben, a young man dependent on dialysis as he waits for a donor match as well. A donor exchange program finds Holly as Ben's savior and, with any luck, Ben's cousin will be the perfect match for Holly's brother. The program allows them to spend time together and while each is determined to let their attraction lie low, flirtation and romance blossom between Holly and Ben. Holly knows the risks though, she's felt the pain of seeing her brother lose matches, she knows what it's like to not be the match. A relationship with Ben is a risk, the biggest kind, but saving him and loving him are starting to feel like one and the same.

A quick, feel good read, You Only Need One is a perfect New Adult Romance. The pacing, the slow burn romance, and the honest portrayal of relationships as a youth made me fall in love with this story. Holly is certainly "weird," as Ben likes to call her. She's an organized list maker who takes just about everything personally, but she's also courageous, smart, and incredibly caring. She works through some heavy stuff in the novel, but it made her feel more real. People and their lives aren't perfect and Holly is never portrayed as such. Ben is the handsome nerd who hasn't allowed his silver spoon life to ruin him. He's a hard worker, adventurous, and well on the way to discover his life calling while faced with death. Lauren Connolly works through the mortality of the character's lives uniquely, their relationships helping them along and developing them. I think it made the romance mature and the topic, while sensitive, readable and understandable.

Not a typical recycled storyline NA read, You Only Need One features compelling characters that sweep you into their story with Lauren Connolly's brilliant writing. This was definitely an excellent, quick read for me that I highly recommend to NA fans.

mary s
4.0 out of 5 stars Tender and sweet story with a wounded hero
4 December 2018 - Published on Amazon.com
"Received an Advance Reader Copy in exchange for a fair review"
3.5 stars.
A very tender and sweet story, with a gorgeous, bespectacled nerdy hero and a generous, determined heroine.
I loved the slow build of the relationship and romance, all those initial “intense feelings” between Ben and Holly, the holding hands and sensuality, the sleeping together without having sex. All this happening in a very serious life-threatening context, with a realistic depiction of Ben’s (and Marcus) condition and its implications.
Ben’s strength in face of adversity is humbling. I loved the no-cursing rule, the secondary characters and the main characters’ loving relatives.
Read more
Go to Amazon.com to see all 8 reviews 4.2 out of 5 stars
Get FREE delivery with Amazon Prime
Prime members enjoy FREE Delivery and exclusive access to movies, TV shows, music, Kindle e-books, Twitch Prime, and more.
> Get Started
Back to top
Get to Know Us
Make Money with Us
Let Us Help You
And don't forget:
© 1996-2020, Amazon.com, Inc. or its affiliates