$96.12
+ FREE Delivery
Sold by: Books Mela Aus
Flip to back Flip to front
Listen Playing... Paused   You're listening to a sample of the Audible audio edition.
Learn more
See this image 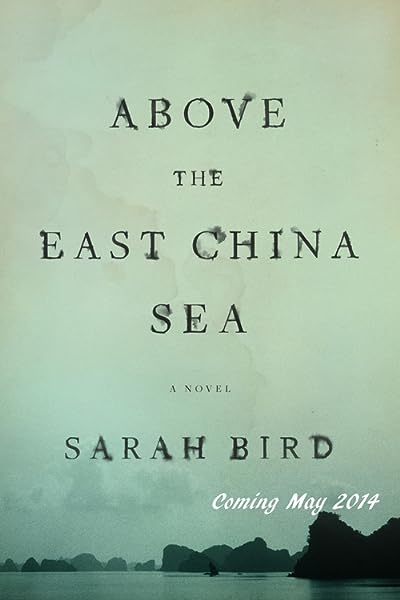 Sarah Bird is the author of four previous novels: Virgin of the Rodeo, The Boyfriend School, Alamo House, and The Mommy Club. She lives in Austin, Texas, with her husband, George, and son, Gabriel.

4.2 out of 5 stars
4.2 out of 5
32 global ratings
How are ratings calculated?
To calculate the overall star rating and percentage breakdown by star, we don’t use a simple average. Instead, our system considers things like how recent a review is and if the reviewer bought the item on Amazon. It also analyses reviews to verify trustworthiness.

Penny
4.0 out of 5 stars Interesting, although it doesn't resemble at all my tour of duty as an Air Force brat.
Reviewed in the United States on 21 November 2019
Verified Purchase
Wow! I'm an Air Force brat too, and I have to say, my life was nothing like this! If the difference is that Dad wasn't a pilot, then I'm delighted he wasn't! That I'm an only child may also have helped make the difference.

Aside from that, the story is well paced, although I skipped two of the earlier chapters, and lost no sense of the story. It does illustrate the way a military kid learns to be independent of the world, as a set of new orders can totally change a brat's world. I had the unfortunate luck to land in a non-military town in time for high school, and have to deal with classmates who had known one another since first grade, leaving me to spend four years as the 'new kid' who they never pretended belonged in 'their ' world. Which, buy the time graduation finally arrived, I didn't want to belong to. I don't attend reunions as there is nobody I care to be reunited with.
Read more
Report abuse

Bruce Miller
5.0 out of 5 stars Extremely Entertaining !
Reviewed in the United States on 28 March 2015
Verified Purchase
Extremely Entertaining ! A few weeks ago, I visited the Yokota Officers club and happened to notice a copy of this book in the trophy display case. I was determined to obtain a copy and was pleasantly surprised when it was in stock at Amazon. I read the book almost non stop from cover to cover; it was totally entertaining with lots of twists and turns. The author's style of narrating the book through the eyes of a young military dependent daughter created a story which developed with childhood recall, vague memories, hidden secrets all of which converged to making the story highly entertaining. The colorful descriptions of everyday living conditions on Okinawa and in Japan were exceptionally well done and gave the reader an insight, often sad, often humorous, of what it must have been like to be a military dependent trying to adjust to new surroundings. I can't say enough good things about this fabulous book. It was phenomenal !

The Yokota Officers club at Yokota AFB Japan is now an destination for us. Every time that we visit the club, I try to visualize the events described in the book. Nothing much seems to have changed; the stage and bar are still being used for various events and entertaining shows, the atmosphere of the club could easily take one back to the 50's or 60's when the fictional story described in the book took place.
I just purchased two more copies to share with a friend who accompanied us on our last visit to the club and I am anxious to hear her reaction to the book.
Read more
3 people found this helpful
Report abuse

Bruce J. Wasser
5.0 out of 5 stars sensitive, multifaceted and compelling coming-of-age novel
Reviewed in the United States on 15 December 2002
Verified Purchase
"The Yokota Officers Club" is not only a convincing coming-of-age account of a daughter of a peripatetic military family; it is a sensitive and evocative exploration of the themes of family tension, hidden secrets and repressed fears. Author Sarah Bird, drawing on her own life's experience as a "military brat," has created a magnificent protagonist in the isolated and marginalized Bernadette "Bernie" Root, whose profound alienation from her life's circumstances compels her to discover the root souce of her quietly agonizing loneliness. Written with genuine compassion and insight, the novel is a stunning success.
The Roots emerge as an archtypical military family. Bernie's father, Mace, a heroic pilot whose storied career has been scythed by a decision beyond the comprehension of his family, is not only icily dictatorial at home; he is an emotionally stunted husband and father who issues orders and synchronizes and subordinates his wife and children to his floundering prospects for promotion. Kit, Bernie's younger sister, is everything her older sister is not. Gregarious, glamorous and charismatic, Kit adapts to the flux and transitory nature of the Roots' lives. She stands in dramatic counterpoint to the silent suffering of Bernie, a reserved, introspective intellectual, who, seemingly by osmosis, aborbs the pain, frustration and bitterness exuded by her mother, Moe. Not even called mother by her daughter, Moe is a strong, self-possessed woman whose decision to marry into a military life generates recriminations, unspoken bitterness and near manic combat with the restrictions of being the wife of an Air Force officer during the Cold War period of the 1950s and the escalating violence of Viet Nam in the 1960s.
Set in the pivotal year of 1968, the novel revolves around Bernie's willed exploration of her family's past, one which pivots around their extended stay at the Yokota Air Force Base in Japan during the 1950s. There, the family's maid, Fumiko, becomes both a physical and psychological presence that somehow holds the secret to both the father's demise and the family's deterioration into emotional dysfunction. Bird is nothing less than brilliant as she explores the layered relationships Fumiko has with Mace, Moe and Bernie and how those relationships catalyze the tumultous changes within the family.
Using the effective metaphor of smells, fascinating and complex characterization, and powerful use of selective memory, Sarah Bird's novel instructs as well as recounts. Bernie's anguish, her isolated alienation and her deeply-felt sense of personal inferiority transform the plot into a serious analysis of troubling feelings most of us experience at the hands of our family. To what degree do children assume responsibility for the sharp shards of parental discontent? How do combative siblings resolve mutual animosity and mistrust? Are silences and repressed secrets effective means of eliminating parental frustration and betrayal? How much does a man owe his country, and to what extent does a wife owe her husband blind allegiance? "The Yokota Officers Club" answers these profoundly vital questions with courage, insight and grace. This memoir-like novel is little less than exceptional.
Read more
5 people found this helpful
Report abuse

Caroline W.
5.0 out of 5 stars Why did it have to end?
Reviewed in the United States on 2 July 2004
Verified Purchase
I think this book replaced The Mommy Club as my favorite by Sarah Bird. It's a definite two-time read, but I'm saving it for later so I can savor it.
Bernie, like most of the author's heroines, isn't quite mainstream. The only place in the world where she fits in is within her nuclear family, which travels around the world because their father is in the military.
Her sister, Kit, is beautiful, popular, and walks into any group of people expecting to be adored - and is. Bernie watches this her whole life, not knowing what Kit is talking about when she says "Making friends is the easiest thing in the world."
Bernie, on the other hand, has never had a friend except for their family's servant, Fumiko, years ago in Japan. There's a mystery surrounding her, and it affects her family because it was at the time Fumiko was sent away that Bernie's parents began speaking to each other through the children: "Tell your mother-", "Tell your father-" Nobody mentions Fumiko's name again.
Given a second chance to find Fumiko, Bernie travels back to Japan as the partner of a bad comedian, who makes her bleach her hair blond, wear tons of makeup, go by the name Zelda, and dance to Peter, Paul and Mary in go-go boots that are two sizes too small. Bernie hates Peter, Paul and Mary.
The story, like most of Sarah Bird's stories, is hilarious and poignant all at once. And in this case, it has to be her best yet.
Read more
2 people found this helpful
Report abuse

SnigletMom
5.0 out of 5 stars Funny; touching; real; could not put it down
Reviewed in the United States on 22 September 2002
Verified Purchase
...This book brought to life both the transient life of a family in the armed forces and the narrow-mindedness of some military wives. I was intrigued by the Root family in this book. The wife, Moe Root, had learned to accept her husband's traveling in the beginning with a sense of adventure. However, it was obvious has the children got older she became bored and lonely. I really liked the way that she did not conform to the usual behavior of a "I am better than you" officers wife that is so prevalent in the military.It is almost like these women think they are their husband's rank...I also liked the way the kids has such different personalities. The Root children were definitly funny, smart, and left affected by military life. The younger kids seemd to of adapted the best by playing imaginary games together. The oldest girl used her sense of humor and her "friendship" with her Mom to cope with it all. Kit the next oldest child was always adored by manypeople because she was pretty. She manipulated others with her charm. The one time it did not work she turned to drugs and alcohol to soothe the pain. I know it sounds silly but she honestly thought her beauty would get her ahead in any situation. The father furthered this thought by spoiling her more than the other children. He was a real piece of work. He acted a certain way around the "guys" and then he would act bored and cranky around his family for the most part. I highly recommend this book. It sure brings to light the reality of a military family.
Read more
2 people found this helpful
Report abuse
See all reviews
Back to top
Get to Know Us
Make Money with Us
Let Us Help You
And don't forget:
© 1996-2021, Amazon.com, Inc. or its affiliates