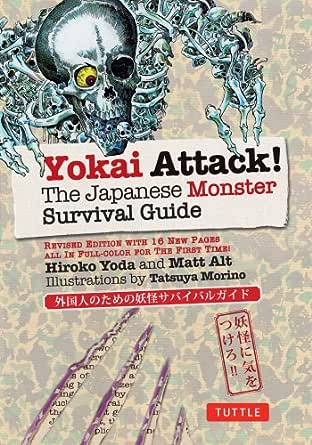 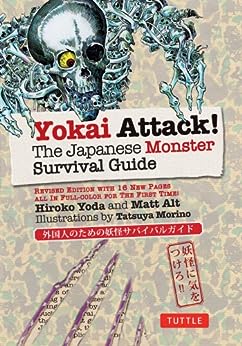 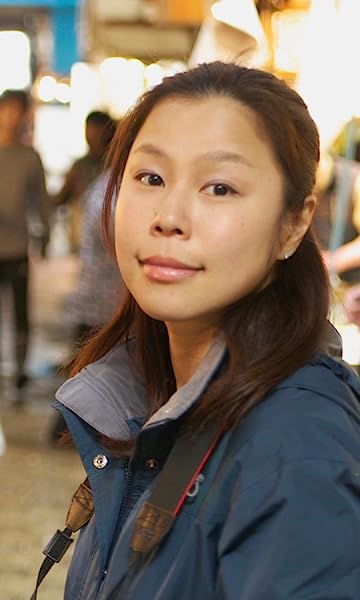 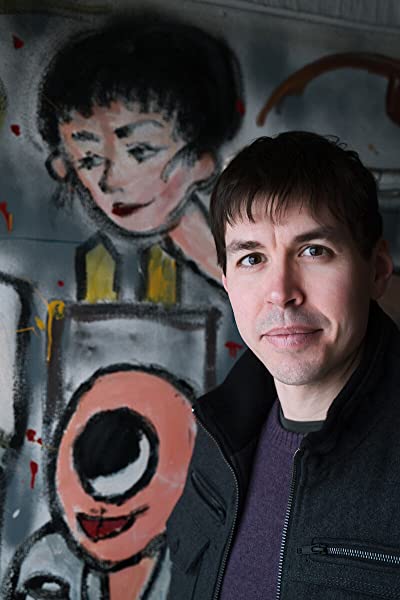 "The wonderful book is perfect for anyone interested in monsters, Japanese culture, or folktales (especially Japanese ones). I'm interested in all of those...so I like this book a lot!" --Tokyo Five blog

"This Halloween season, you may want to familiarize yourself with the different monsters of Japan. ... With the help of Yokai Attack!, you will surely stand out among others." --Otaku Asia blog

"An invaluable resource for anyone interested in J-Horror and Japanese culture; gave me a deeper understanding of what I've been enjoying for so many years." --Don Coscarelli, Director, Phantasm Series and Bubba Ho-Tep

"Yokai Attack! is essential reading for any fan of monsters, horror and manga!" --Steve Niles, Creator, 30 Days of Night

"I'd recommend the book to anyone interested in Japan. Even if you're not a monster fan, there's a lot of Japanese culture and history there. Japan's monsters are the perfect portal to understanding the culture that made them." --Introvert Japan blog

"The guide is a compendium of the wildest, weirdest, and nastiest creatures that Japan has to offer. [...] Written in lively and accessible prose, Yokai Attack! is an easy read. This is no scholarly treatise on Yokai folklore, nor does it try to be. Beautiful illustrations based on the sometimes highly variable folkloric descriptions grace every entry, along with photos of various Yokai paraphernalia including toys, and copies of images from 18th-century Japanese folkloric texts. [...] Overall, Yokai Attack! is an entertaining and informative read." --Japan Powered blog

"If you thought Lafcadio Hearn's books In Ghostly Japan and Kwaidan were creepy, this guide to the dark, supernatural forces that ooze from folk tales, superstition and local hearsay will produce an icy fissure through your spine." --The Japan Times

Yokai Attack! is a nightmare-inducing one-stop guide to Japan's traditional monsters and creepy-crawlies.

Yokai are ethereal sorts of beings, like ghosts, nearly always encountered at night; everyone has their own take on how they might look in real life and what sorts of specific characteristics and abilities they might have. This book is the result of long hours spent poring over data and descriptions from a variety of sources, including microfilms of eighteenth-century illustrations from the national Diet Library in Tokyo, in order to bring you detailed information on almost 50 of these amazing creatures for the first time in English.

Illustrations, created by the talented Tatsuya Morino, detail the potential appearance of each yokai. Alongside each illustration is a series of "data points," with each yokai's important features at a glance—especially handy for any potential close encounters.

Yokai Attack! will surely convince you that Japan's tradition of fascinating monsters is a long one—yet far from being history.
Book 1 of 3 in the Yokai Attack! series. Others include Ninja Attack! and Yurei Attack!.
See all Product description
click to open popover

B. Hood
4.0 out of 5 stars Nicely formatted and nice illustrations
3 January 2019 - Published on Amazon.com
Verified Purchase
I bought all three of the books in this series as an introduction to Yokai and Yurei. These books are smaller than I anticipated, but they are nicely done. I really enjoy the illustrations. The paper weight and print quality are both very nice and give it a quality feel. Some of the information is a bit silly (purposefully), but I think they serve well as a light and fun introduction. It seems that this one has the most full page illustrations of the 3 books. There is an illustration for each entry. I love the formatting with the general stats on the first page, the adjacent page being the full color illustration, and then followed by 2 pages of information and photos (may include a couple relevant idioms or pop culture references, etc.).
Read more

Booklover59
4.0 out of 5 stars A really fun primer on many Japanese monsters
24 January 2019 - Published on Amazon.com
Verified Purchase
Most Americans and Europeans know the classical western monsters, but if you want to explore those of other parts of the world, this is a great primer. it's not at all an academic tome; rather, it's simple, visual, fun, and, often humorous. It's not in-dept, but a very good introduction for both adults and children (those who are ok with scary monsters).

I like to write fantasy and this adds another dimension to my possibilities of characters.

I'd give this five stars except for the fact that it doesn't contain information on some of the more common (and well-known) monsters that I was interested in. Not a big deal, just mentioning that that was my one disappointment.

JuniorSenior
5.0 out of 5 stars If you like Japanese culture, this book is for you!
9 May 2017 - Published on Amazon.com
Verified Purchase
What a great book! It completely submerses you the quirky mythology and folklore of Japan's Yokai. The information covers a wide variety of yokai from all areas in Japan, as well as gives people unfamiliar with the geography a great reference to consult with each entry. Written with a focus on entertainment and fun over academic presentation the information is lighthearted(but doesn't shy away from some cool gory details), engaging, and fluid. This book is the epitome of a page turner. If you don't find yourself loving this book more and more with each page I'd be very surprised. The great illustrations are an added bonus. If you're on the fence about buying this book, buy it!
Read more
4 people found this helpful

Kristen Rosales
5.0 out of 5 stars Best introduction to yokai
8 April 2019 - Published on Amazon.com
Verified Purchase
This is an excellent introduction to Japanese folklore and regional beliefs. Th illustrations are very specific to the subject matter and incredibly detailed. The guide book provided great advice if one encounters a Ojai.
Read more
One person found this helpful

Bab310
5.0 out of 5 stars a great book for fans of yokai
23 January 2020 - Published on Amazon.com
Verified Purchase
This is a beautifully illustrated book and the writing is excellent as well. My son checked it out from the library once and liked it so much we bought it for him as a Christmas gift. It's an great read for anyone interested in Japanese Yokai or if you just like cool artwork.
Read more
Go to Amazon.com to see all 61 reviews 4.6 out of 5 stars
Get FREE delivery with Amazon Prime
Prime members enjoy FREE Delivery and exclusive access to movies, TV shows, music, Kindle e-books, Twitch Prime, and more.
> Get Started
Back to top
Get to Know Us
Make Money with Us
Let Us Help You
And don't forget:
© 1996-2020, Amazon.com, Inc. or its affiliates