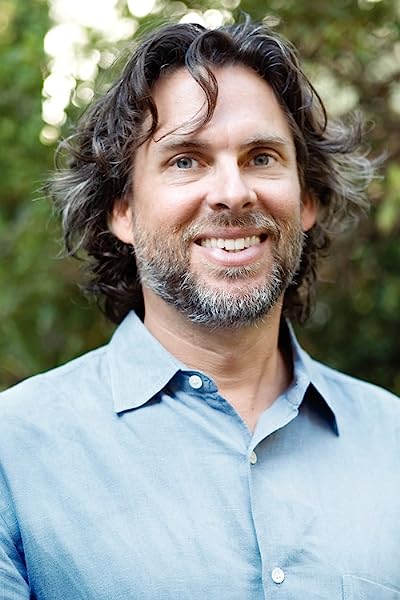 Page 1 of 1 Start overPage 1 of 1
Previous page
Next page
Start reading The Yiddish Policemen’s Union on your Kindle in under a minute.

4.1 out of 5 stars
4.1 out of 5
663 global ratings
How are ratings calculated?
To calculate the overall star rating and percentage breakdown by star, we don’t use a simple average. Instead, our system considers things like how recent a review is and if the reviewer bought the item on Amazon. It also analyses reviews to verify trustworthiness.

StephenMB
5.0 out of 5 stars Extraordinary book, must read
Reviewed in the United Kingdom on 1 November 2020
Verified Purchase
I've no idea why it's taken me so long to hear about this book. Even now it was only a chance reference on a TV Mystery programme that my wife watched that made us aware of it. She looked it up because she didn't believe it was a real book being referred to by a character!
It is a lovely book about believable characters in a well structured alternate history. The alternate history is sketched in as the book progresses, not thrown at you in some lengthy exposition. The characters on the other hand are painted in thick layers, chiaroscuro almost.
As the book progresses the character descriptions did grate a little for me, seeming to stop the flow of narrative, development of the plot. But that's a minor niggle - overall it was a delight.
The wry Yiddish humour was also maintained throughout, no mean feat in a book in English.
Read more
Report abuse

Ronni Lamont
4.0 out of 5 stars Great mystery/thriller with a Chabon twist
Reviewed in the United Kingdom on 18 June 2018
Verified Purchase
The great thing about Chabon is the way he is never predictable. This detective story would be good if it didn't have the truly peculiar background of Jews in Alaska, and the world being very different from how it is at the moment, which lifts it towards the very special.
The characters are all that we expect detectives to be, with the added complication of their Jewish life and history. The story hurtles along, with all sorts of tangents along the way, and I thoroughly enjoyed it.

A great book for reading on long journeys, Chabon takes you into his world and entertains as he puzzles and perplexes you- I do enjoy his writing and dry, wry sense of humour.
Read more
Report abuse

Babylon
2.0 out of 5 stars Underwhelmed
Reviewed in the United Kingdom on 14 October 2020
Verified Purchase
I was underwhelmed I’m afraid. I’d been looking forward to reading it for some time. I usually love alternate history, I like Jewish culture and know quite a few Yiddish words, and I like a mystery.
But but but. The prose was ‘purple’ (over flowery) and distracted from the story, there was far too much Yiddish which made it difficult to follow at times, the characters were so-so and the plot was a bit chaotic.
I can’t read any more of his books as I am put off.
Clearly my view isn’t universal, hence the success of the book....
Read more
Report abuse

Seán
5.0 out of 5 stars A shammes with a sholem
Reviewed in the United Kingdom on 18 January 2011
Verified Purchase
This is very much Noir-land, as well as being an alternative Jewish homeland where Yiddish is spoken rather than Hebrew. It follows many of the conventions of the detective thriller: the dysfunctional central character has issues with life, authority, stimulants, chess, religion, while his sidekick is less intelligent but stalwart; he is unable to do his job properly because of an interdiction from his boss, who is also his ex-wife; the action of the book takes place in low dives and involves grand conspiracies and human frailty; the detective can sustain a blow to the head and subsequently come to with no permanent damage. And there is even a car chase, of sorts.

Put like this, it makes it sound like I didn't like this book. Nothing could be further from the truth. The plot is definitely genre-fiction and the political stance will undoubtedly anger some people. But the man writes incredible, wonderful, beautiful prose. I don't think I have ever read a book where I stopped so often to re-read and admire a line which had me gasping with admiration or chuckling in amusement. And reading these lines, it struck me that many other writers could have come up with images of similar beauty but they would have overstated them, given them too heavy a treatment. There is a line somewhere where the snow is falling and he says something like "The footprints in the snow outside were as shallow as an angel's". A lesser writer would have spelled it out -the snow is falling so the footprints have been filled with fresh snow, making them look as if a figure with no weight or substance has left its imprint. Chabon suggests this but leaves the reader to fill in the gaps.

There are a lot of Yiddish words in it, but then much of that will be familiar to anyone who has read Leo Rosten, and it is all easily available on Google. As for other aspects of the cultural background, maybe it does make it hard going for goyim like myself but this is why I read books - to find out about things I don't know about!

So, perhaps not the greatest book I've ever read, but certainly a strong candidate for the best written and very entertaining.
Read more
11 people found this helpful
Report abuse

John Tierney
5.0 out of 5 stars Outstanding
Reviewed in the United Kingdom on 4 November 2011
Verified Purchase
This is a wonderful book - intelligent, humourous, thought-provoking and a great noir detective novel to boot. It encompasses multiple genres including alternative history and a crime thriller and others (no spoilers here!).

Set in an alternate history 21st century it posits that if European Jews had been allowed to settle in Alaska (as actually proposed) then the world would have been a different place. And so it is - there are teasing glimpses of the changes wrought by a single change in our own history, but Chabon doesn't let this get in the way of a wonderful detective novel. The protagonist (Meyer Landsman) is on the face of it a cliche - a hard-drinking, maverick detective with claustrophobia) in the Alaskan Jewish homeland of Sitka; his ex-wife works with him and he is drawn into a case involving the death of a man staying in the same down-at-heel hotel as him.

The plot is admittedly complex and we have to keep track of characters, different histories, plot twists and above all Yiddish slang. But Chabon handles this all expertly and despite being just over 400 pages I could not put this book down. The intelligence of the plotting and characterisation is helped immensely by Chabon's humourous prose. He has some wonderful lines, almost one every page that sticks in the mind. For example when describing the influx of refugees to Alaska he says: "In drafty, tin-roofed huts and barracks, they underwent six months of intensive acclimatization by a crack team of fifteen billion mosquitoes working under contract with the US interior department." Just one of a whole host of lines that had me laughing out loud. And he's so inventive - the phrase "The Frozen Chosen" to describe the Alaskan Jews is used only once in the whole book, whereas a less able author would have re-used it over and over again (it's so good).

I won't divulge any details of the plot, save to say that as with all great noir thrillers it leads us where we don't expect. The characters are well sketched and the ending is very satisfying. Even at the end you'll realise that the title (which crops up once in the book) has more than one meaning.

I'll definitely read more of his work after this stunning book, which is the best thing I've read all year.
Read more
Report abuse
See all reviews
Back to top
Get to Know Us
Make Money with Us
Let Us Help You
And don't forget:
© 1996-2021, Amazon.com, Inc. or its affiliates