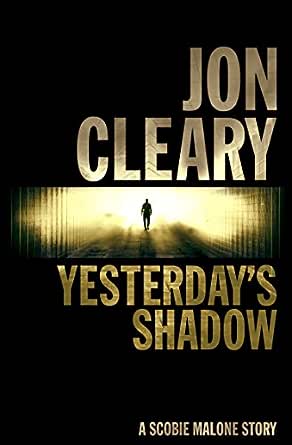 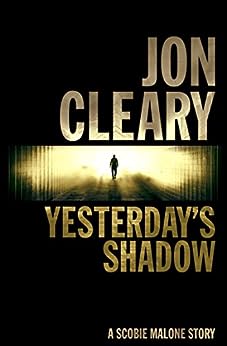 Had there been only one murder at the Hotel Southern Savoy, Detective Scobie Malone would not have been called in. But there were two killings that night. The first seemed an open-and-shut case – a cleaner who beat his wife once too often and paid the price. The second case, too, seemed run-of-the-mill, until it transpired that the victim was not a prostitute but the wife of the American Ambassador.

With the FBI, CIA and the federal authorities all on his back, Scobie anticipates a rough time ahead. It is the past, however, that holds the real threat. For while investigating a woman who has succeeded in erasing her imperfect past, Malone is confronted with a former girlfriend intent on rewriting history and turning a long-forgotten affair into something that could destroy his marriage.

Proving that cops don't have to be dysfunctional to command a place in crime fiction, Cleary has created in Scobie Malone an ordinary bloke doing an extraordinary job. Whether negotiating the twist and turns of a complex investigation, or the more treacherous minefield that separates the sexes, Malone provides the perfect device for Cleary to apply his dry wit and at the same time deal with contemporary Australian issues.

'The business of a novelist is to tell a story. Jon Cleary has that talent in abundance'
SUNDAY EXPRESS

‘The Malone stories come alive through their setting… Cleary’s writing is seamless and his plots imaginative and mature’
Carl Hiaasen, Miami Herald

Jon Cleary, who died in July 2010, was the author of over fifty novels, including The High Commissioner, which was the first in a popular detective fiction series featuring Sydney Police Inspector Scobie Malone. In 1996 he was awarded the Inaugural Ned Kelly Award for his lifetime contribution to crime fiction in Australia. His last novel, FOUR-CORNERED CIRLCE, was published in 2007.

livykat
5.0 out of 5 stars Never Can Have Too Much of a Good Thing!
Reviewed in the United States on 26 August 2013
Verified Purchase
I highly recommend this series. Gives an authentic view of Australia but what's more important, the characters and stories are top notch! I highly recommend the Scobie Malone series!
Read more
Report abuse

Mike Einisman
5.0 out of 5 stars Five Stars
Reviewed in the United States on 30 December 2014
Verified Purchase
He is always worth reading for his understanding of human nature and subtle plots.
Read more
Report abuse
See all reviews
Get FREE delivery with Amazon Prime
Prime members enjoy FREE Delivery and exclusive access to movies, TV shows, music, Kindle e-books, Twitch Prime, and more.
> Get Started
Back to top
Get to Know Us
Make Money with Us
Let Us Help You
And don't forget:
© 1996-2020, Amazon.com, Inc. or its affiliates