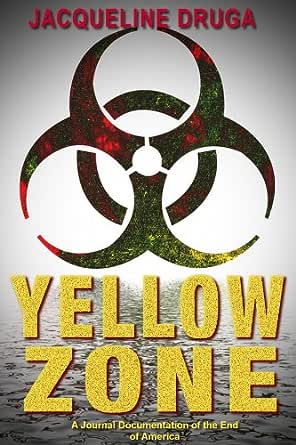 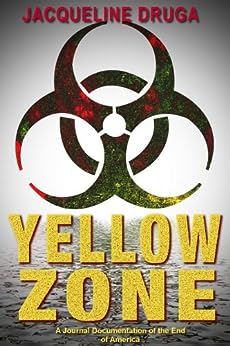 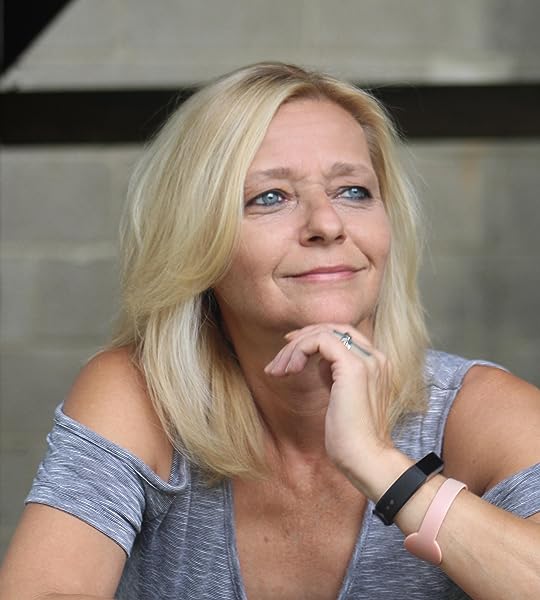 Yellow Zone: A Journal Documentation of the End of America Kindle Edition

Sandra B
5.0 out of 5 stars Another Druga success...
Reviewed in the United States on 29 September 2014
Verified Purchase
I can't say enough how much I love her books! Her stories, her characters, her imagination for the storyline is so well thought out that you can't put the books down. This book left me wanting book two. Unfortunately, Druga doesn't write too many sequels. Once again, this story leaves you wondering what would happen if this situation were to actually come true in the near future? It also isn't too farfetched to believe that OUR GOVERNMENT is the one to fear and the President leaves us all to fend for ourselves!
Read more
One person found this helpful
Helpful
Sending feedback...
Thank you for your feedback.
Sorry, we failed to record your vote. Please try again
Report abuse

Schutzenschnurr
1.0 out of 5 stars A Major Disappointment
Reviewed in the United States on 3 April 2013
Verified Purchase
This is the third of Ms. Druga's EOTWAWKI books I've read. 'Dust' was okay-ish, 'Sealed In' was real good, but this one reads like a first draft. It has major editing, sentence structure, missing word, wrong word (I stopped counting at 15), research, continuity, and suspension of disbelief issues. These problems become more and more pronounced as the story progresses.

To a greater or lesser extent, this seems to be a recurring problem with all of Ms. Druga's literary efforts.

The story opens with the main protagonist Jen using a scope mounted rifle to shoot an infected. Later on, when this same event is described, she uses a shotgun.

The character Mack, a supposed expert 'gun maker and repairman' (the term for which, by the way, is 'gunsmith'), instead talks like an author who has no real grasp of firearms and firearms technology. Later on in the story, Mack builds 'an anti-aircraft gun' and shoots down two ground attack aircraft with it. 'Anti-aircraft gun' is all the description given; no clue as to caliber, system of operation, or any other detail.

I found the author's woefully inadequate grasp of military terms, tactics, equipment and operations particularly annoying. It's just as easy to do a little research and get this stuff right as it is to just make stuff up based on what you think you know.

And the same caveat with the fancy words - it's not a bad idea to make sure you actually know what they mean before you use them.

Handled differently and given more (any) fact-checking, editing, and attention to detail, this could have been a hell of a read. As it stands now, it didn't quite make me want to gouge my eyeballs out, but it did come close. I'd strongly suggest that you pass this one by.

JK Freeland
3.0 out of 5 stars Love the story.... But...
Reviewed in the United States on 6 October 2011
Verified Purchase
I guess I'm just picky about this but nothing ruins a good read for me more than having to decipher grammatical, formatting and spelling errors. I loved the premise of this book but it was hard to follow sometimes when there were completely incorrect words and bad formatting. One of the interesting things about this story was that the author had several people "write" in the journal but the Kindle format was so bad, you could never tell when an entry changed or ended.
It's the second book I've read by this author and she is incredibly talented but I cannot fathom how an author would offer up a book for sale without even minimal editing that a family member could do. I will read more from her but can't truly recommend unless the issues are fixed. Thanks for an enjoyable story!
Read more
Helpful
Sending feedback...
Thank you for your feedback.
Sorry, we failed to record your vote. Please try again
Report abuse

Frances Liontakis
5.0 out of 5 stars Very good
Reviewed in the United States on 3 February 2014
Verified Purchase
I really liked how this story came together..once again this author does not disappoint..this is yet another page turner..you just can't stop reading..I really love this author..I think I have purchased almost all of her books..as soon as I finish one...I start another!!
Read more
Helpful
Sending feedback...
Thank you for your feedback.
Sorry, we failed to record your vote. Please try again
Report abuse
Load more international reviews

Kindle Customer
5.0 out of 5 stars The end of America
Reviewed in the United States on 2 September 2013
Verified Purchase
As apocalypse books go this one very good. The author uses the journal format to a very effective story. The characters each end putting down their feelings and observations of what has been done to their world.
Read more
Helpful
Sending feedback...
Thank you for your feedback.
Sorry, we failed to record your vote. Please try again
Report abuse

MzLabby
5.0 out of 5 stars great story
Reviewed in the United States on 9 December 2011
Verified Purchase
I literally started this book and read it to the end. It was well written, and engaging. A very few editing glitches but I guess we have to get used to those with these self-published books. This one however is worth the read please don't miss it. A great read.
Read more
2 people found this helpful
Helpful
Sending feedback...
Thank you for your feedback.
Sorry, we failed to record your vote. Please try again
Report abuse

William R. Barton
5.0 out of 5 stars What a pleasure
Reviewed in the United States on 5 February 2015
Verified Purchase
I discovered Drugs quite by accident. Now I am reading all of her books one by one. The shorter ones are best but all are great. Recommended.
Read more
Helpful
Sending feedback...
Thank you for your feedback.
Sorry, we failed to record your vote. Please try again
Report abuse

Kindle Customer
4.0 out of 5 stars Could not but book down
Reviewed in the United States on 11 June 2014
Verified Purchase
This atrocity could happen any day in this world today. It truly sends a message loud and clear to be prepared. Get a plan and start preparing immediately. This was a scary scenario that could in the planning stages of terrorists now. Don't wait until it's too late.
Read more
Helpful
Sending feedback...
Thank you for your feedback.
Sorry, we failed to record your vote. Please try again
Report abuse

PETE
2.0 out of 5 stars Boring
Reviewed in the United States on 17 September 2014
Verified Purchase
Started out good but then faded to a very predictable ending. I expected better from this author. Oh well. It only cost me 3 bucks.
Read more
Helpful
Sending feedback...
Thank you for your feedback.
Sorry, we failed to record your vote. Please try again
Report abuse
Load more international reviews

Claudia
1.0 out of 5 stars Poorly written, even more poorly edited
Reviewed in the United States on 11 April 2011
Verified Purchase
I bought this book and tried to read it - had to give up less than halfway thru it because so many sentences didn't make sense, inappropriate words were used, and the editing is apparently still waiting to be done.

The story idea was a good one, but the way it was written made it impossible to read. I returned the book to Amazon for a refund.
Read more
Helpful
Sending feedback...
Thank you for your feedback.
Sorry, we failed to record your vote. Please try again
Report abuse