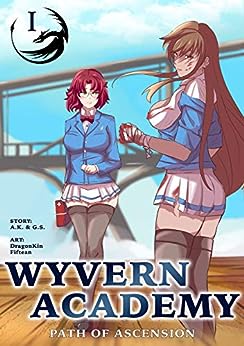 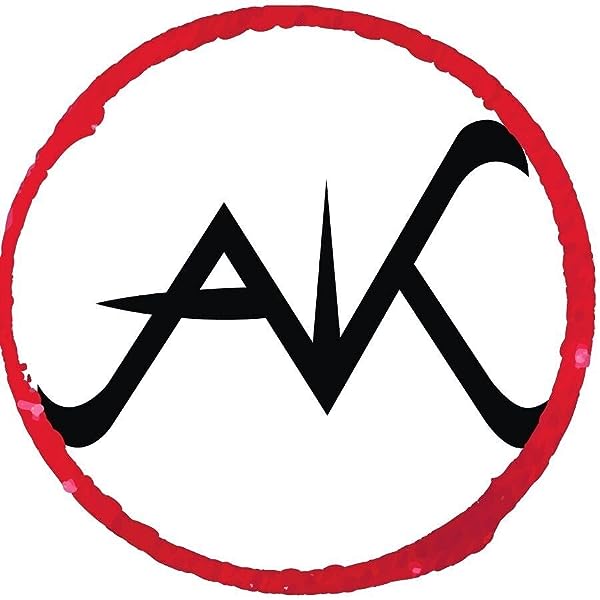 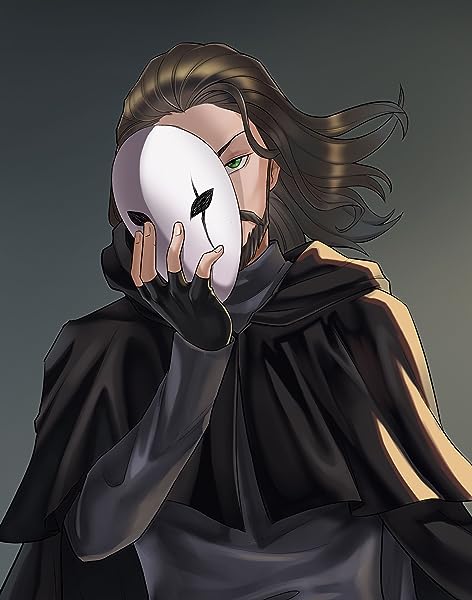 When treading the path of ascension, you'd better watch your step.

After incursions of Demons from another plane of existence changed the course of history, humanity learned one undeniable truth: traditional weapons wouldn't cut it. Those strong enough to resist, cultivated their Ki, and emerged as Heroes of Ascension to combat the demonic threat.

For two hopeful Ascendants, J and Alex, this journey begins at Wyvern Academy. But surviving in one of the world's top battle academies isn't the only thing they have to worry about. Fellow students and rivals, beautiful girls, and treacherous exams stand in the way of their first steps on the path of ascension.

Imagine a story that combines My Hero Academia, IP Man, and your favorite harem novel, and you'll have Wyvern Academy...

4.4 out of 5 stars
4.4 out of 5
201 global ratings
How are ratings calculated?
To calculate the overall star rating and percentage breakdown by star, we don’t use a simple average. Instead, our system considers things like how recent a review is and if the reviewer bought the item on Amazon. It also analyses reviews to verify trustworthiness.

Alan K
TOP 1000 REVIEWER
5.0 out of 5 stars A good read .. if you are ok with two points of views
Reviewed in Australia on 15 September 2020
Personally I’m not a fan of books where the point of view switches between characters, but I don’t think it would have sold as well as you read the same scenarios from two different characters POV. The 2 MC’s are completely different, one a harem king confident in his abilities with plenty of matching sex scenes, the other a half Japanese boy who shyly holds his girlfriends hand while blushing... but it works. It seems to be a mix of martial arts and a high school scenario so you have all your standard bully tropes and boy girl angst, but J disrupts much of that by his multi-partner sex scenes.
I liked this book and will hang out for the next in the series.
Read more
One person found this helpful
Helpful
Report abuse

Mvargus
4.0 out of 5 stars Very American at times but it works
Reviewed in the United States on 7 September 2020
Verified Purchase
I liked Alex, one of the two main characters even though he is the purest extraction of anime harem comedy "wimp" I've seen in a while. He lacks any confidence in his ability to attract women, and that slowly becomes his big quirk.

His partner J, well, honestly he had me shaking my head. It felt like he was a bit of an author insert/proxy. The guy is a near orphan, and older than normal for the school, but soon has 3 girls he's openly banging and proves to be one of the best fighters in his class. (Gary Stu warnings about him kept ringing in the back of my head. He's NOT well written).

Strangely despite my major reservations about the main character and the obvious anime influences that made it far too obvious what was going to happen next on several occasions, it was a fun tale. it works.

I'll definitely check out the next book.

One warning, this is NOT a cultivation story. There is no meditation to improve mana flow or concentrate mana. The author should really remove that claim from his title.
Read more
19 people found this helpful
Report abuse

D. Springer
4.0 out of 5 stars Good Story, but with some world building flaws
Reviewed in the United States on 12 February 2021
Verified Purchase
I found this book to be generally well written with interesting MC characters, a better than average treatment of harem elements and an interesting story. Well done overall.

Serious Flaws are in world building. The backstory is that demons are invading a modern earth and individuals are being trained in martial arts/ascension as those are the only individuals who can actually fight demons who are otherwise immune to guns and swords.
* Flaw 1 - despite a world ending threat, there are only three schools to train these individuals with a graduating class each year of a couple thousand individuals total worldwide. No reasons given why they are not training a million ascended individuals each year rather than a few thousand given the world ending threat. There appears no limit on how many people can receive runes to explain this.
* Flaw 2 - No psychological training. A lot of students (maybe 1/3rd) end up dropping out because of psychological reasons - basically thought of death, combat trauma, etc. Yet there is no training to prepare students for this.
* Flaw 3 - Poor training. None of the students received careful training -- by that I mean actual guidance on how to develop their martial arts, eliminate flaws, develop new techniques, more effectively fight demons, etc. All the martial arts training seemed limited to conditioning and teacher supervised sparing between students. This is despite the fact that the MCs saw multiple students with serious flaws in their training if the goal is fighting demons. All the real combat development in the story is self-taught or learned by working with a fellow student through personal initiative.
Read more
7 people found this helpful
Report abuse

Stan Slaughter
5.0 out of 5 stars Wuxia Tropes - With more realistic MCs
Reviewed in the United States on 10 October 2020
Verified Purchase
A book that is Wuxia and Harem with two MCs that have more realistic personalities than normal.

Is there an MC with a group of women? Yes. But he had been an abused child and had many experiences with woman growing up and is now figuring out that women who understand and like him are a better answer than random encounters

Is there another MC who who fits the trope of clueless harem protagonist? Almost. He is aware women like him. He is just shy, aware he is and is working through it. He does hook up with one, but has zero interest in screwing that relationship by including others [the book does leave that open ended though]
Read more
5 people found this helpful
Report abuse

Dannan Tavona
5.0 out of 5 stars Better than I thought
Reviewed in the United States on 17 February 2021
Verified Purchase
Fantasy martial arts harem
There are two MCs, which is a change from the usual setup. We have Alex Nakatone, a blond Japanese-American who is loved by his father and discriminated by those around him, and J (short for James) Mallory, a tough street kid a little older than most his peers, driven from home at a young age by an alcoholic father who used yell and torture his own son. Engaging backstories. They and hundreds of other martial artists attend one of three world class academies and complete to Ascend, that is -- earn magical runes to help channel ki to fight demons that invade and kill humans.
I don't normally like first-person stories with more than one perspective. However, I've read two of the touted Chimera books, and based on that, bought this book and gave it a read. And I applaud the choice to include the name of the MC in the chapter-name to let me know up front whose perspective the chapter would focus on. No guessing. Thank you!
The story itself is a great read, and I wish I had the funds to buy book 2. (Ah, next month.) Well done. Try it and see. Recommended.
Read more
2 people found this helpful
Report abuse

Dutch Palmer
5.0 out of 5 stars Great cultivation story with a purpose
Reviewed in the United States on 4 September 2020
Verified Purchase
The characters were really interesting and the narrative fun. The authors also introduce us to world that makes cultivation believable--by giving humanity a reason to cultivate and develop heroes. Really looking forward to where this series takes me. Loved the personal interactions between the two roomies and their ladies!
Read more
3 people found this helpful
Report abuse
See all reviews
Report an issue
Does this item contain inappropriate content?
Report
Do you believe that this item violates a copyright?
Report
Does this item contain quality or formatting issues?
Report