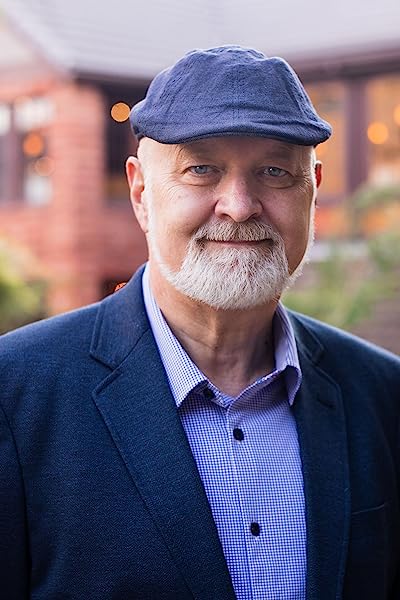 ''For sheer storytelling, [Farland] can take a bow.'' --Booklist

''Strong storytelling and vital characters as well as an ingenious system of magic make this a good addition to most fantasy collections.'' --School Library Journal

DAVID FARLAND is the pseudonym of Dave Wolverton, an American author of fantasy fiction who lives in Utah with his wife and five children. He was a budding author during his college years but came to prominence when he won the ''Writers of the Future'' L. Ron Hubbard Gold Award for On My Way to Paradise in 1987. He has achieved much renown in the science fiction field, but fans will know him best as the author of Star Wars novels; The Courtship of Princess Leia was met with acclaim from critics and readers alike and became a New York Times bestselling novel.

3.7 out of 5 stars
3.7 out of 5
11 global ratings
How are ratings calculated?
To calculate the overall star rating and percentage breakdown by star, we don’t use a simple average. Instead, our system considers things like how recent a review is and if the reviewer bought the item on Amazon. It also analyses reviews to verify trustworthiness.

Melonface
1.0 out of 5 stars Poor effort...
Reviewed in the United Kingdom on 29 April 2011
Verified Purchase
I have read all of the series before this book and the first few are brilliant however, this book is truly terrible; it is too short with very large page margins and font size so it feels like only about 1/3 of a complete book. Amongst other things, it is unimaginative and has lost the magic of the previous books. He has tackled issues such as two worlds combining with very little imagination with tedious and frustrating story lines. I got the feeling the author had to write the book as part of the publishing deal rather than because he wanted to write it. He definitely should have stopped writing the series when the earth king died and not tried to continue the story as from that point on, the story deteriorated drastically.
I was extremely disappointed with this book and will now never buy any work from this author again. I feel with this book I was ripped off. Incidentally, the cover artwork on the American version looks as though it was created by a 5 year old!

Poor, poor effort, could do much better.

M. Quigley
4.0 out of 5 stars A good book, but the series needs to end
Reviewed in the United States on 30 June 2009
Verified Purchase
I read and loved the first book of this series. Farland has an epic style, and is not afraid to destroy the world or change everything you know. He's not afraid to kill a character you might be getting attached to, to advance the story. After the fourth book, 'The Lair of Bones', I thought the series was over. Several years later, I found that he had kept writing the series. Looking for a good read, I picked it up. I was a little disappointed, but you know that trainwreck fascination. You just want to see the end. I'm glad I kept reading. It was building to a climax. I bought the seventh book, and I said "This is going to end the series, to make it all end as satisfyingly as the fourth book seemed to". It didn't end. I liked the series, I'll buy one more book. I'll enjoy it, but if it doesn't end then I'm going to set it down and not read David Farland again. I don't need another Wheel of Time, or one of the other fantasy series where the author gets attached to the golden paycheck, and doesn't feel they can let it go.

It's a great concept. It has a lot of interesting ideas. I've finally gotten interested in the characters that started in book five. Write me a good book to wrap it up and I'll try your other books. Really. Just wrap it up.

Critical Mind
2.0 out of 5 stars A Disappointing Addition to a Good Series
Reviewed in the United States on 19 October 2008
Verified Purchase
The eighth book of well-done Runelords series, Wyrmling Horde just came out, and I was excited. Despite the fact that Tor set a word-count restriction on the author, resulting in a much smaller book starting with the previous Worldbinder (which resulted in a truncated feel to that ending), the series has been a good, solid read. So i delved in.

A few chapters in, I was horrified. The recap from book seven was contrived and forced. Very disappointing was the questionable cast of characters asked to carry the story. Fallion, by far the strongest character of an already weak cast is left sidelined, which may have been forgivable if his comrades took up the challenge and blossomed. Not only did they fail to do so, they backlogged an already floundering plot with chance run-in's, a cheesy romance, and another encore of the all-too-convenient magic system that hasn't evolved or deepened since Book One.

The plot, the plot! Wyrmling Horde is a lisping fraction of a novel, only 1/6th of actual story content compared to the earlier books. Which is simple to understand; starting with Worldbinder, the remainder of the plot is spread over the last books, scraped thin and unsatisfying. If you read the back of book blurb, you have read the entire story; Fallion is captured by Lord Despair and his friends try to rescue him. (Insert a few unbelievable and distracted attempts for rescue). By the merciful end of the book, our characters are in the same exact situation as at the very beginning. Unless someone accidentally runs smack into a facilitator in the beginning of the next book, who happens to be holding some ready-to-use endowments (recycling the all-too-familiar magic system... which is entirely plausible), everyone is going to die and there will be no characters left to carry the story. The hard, bitter truth is that absolutely Nothing happened in this book.

Most disturbing was the level of disinterest within the writing itself. Horde choked full of word repeation, halting dialogue, unnecessary and ill-timed descriptions, and half-hearted try-fail cycles. I found myself increasingly confused, flipping to the cover page every paragraph or so, disbelieving whose name was on the cover. It was like the author had asked some of his more dubious college writing students to collaborate their amateur hands at the manuscript, then sent it unread and unedited to the publisher. I was a bitter reader, bitter at having paid $14 for the book that didn't deliver. Before the halfway point was even reached, I was gnashing my teeth, demanding a refund, but still torturing myself with the read, like staying on a bad amusement park ride to just to see how jolty the end would be.

It was jolty, obliterating any last shreds of respect like a resounding fart after being booed for a bad speech.

Conclusion: There's a reason Tor put a word-count limit on the rest of the Runelords series. Bookshelf space is an earned commodity these days; if your editor is cutting your word limit, it means you're not selling well enough to warrant bookstore space.

All in all, Wyrmling Horde reads like a thin half-cooked soup with a random carrot floating by if you were vigilant enough to spoon it. What a disappointment. You have been warned: Read at your own risk.

Kindle Customer
4.0 out of 5 stars a good read, but let's get to the point.
Reviewed in the United States on 24 November 2008
Verified Purchase
Enjoyed the book, but it's taking FOREVER to reach a conclusion. Am hoping he doesn't drag out his series the way Jordan did and die before he finishes it.
Read more
Report abuse

Lhable
4.0 out of 5 stars David Farland Runelord series
Reviewed in the United States on 17 June 2009
Verified Purchase
The Runelord series is an outstanding Fantasy novel series. Well written, it keeps you riveted to the action and suspense. Worth reading for 12 and older.
Read more
Report abuse
See all reviews
Get FREE delivery with Amazon Prime
Prime members enjoy FREE Delivery and exclusive access to movies, TV shows, music, Kindle e-books, Twitch Prime, and more.
> Get Started
Back to top
Get to Know Us
Make Money with Us
Let Us Help You
And don't forget:
© 1996-2021, Amazon.com, Inc. or its affiliates