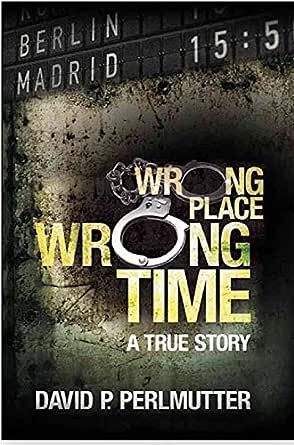 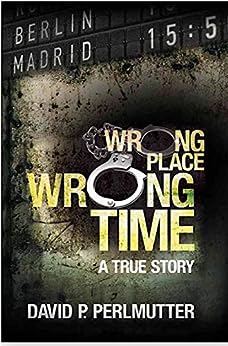 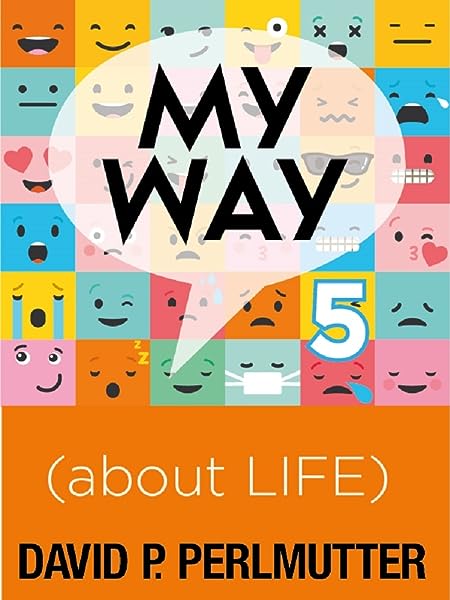 Wrong Place Wrong Time is a #1 BESTSELLER around the world on Amazon and is now a Book To Movie project with Golden Mile Productions, No Reservations Entertainment and directed by Christopher Butler.

Having lost everything, I leave memories of a London police cell behind me and head for Marbella in Spain with its promise of adventure and fun. Little do I know that I’m about to be thrust into the most terrifying time of my life.

Wrong Place Wrong Time is a gripping true-life story of an unimaginable nightmare and how my ticket to a new life turns out to be a one way ticket to hell.

'One of the best books I have read in a while.'

'I think this is the only book I have ever read twice.'

'If your looking at the reviews and thinking is this book for me, the answer is YES.'

'So go on, walk the streets of Marbella with Mr Perlmutter, I promise, you won't be disappointed.'

'Story sinks its claws into you & doesn't let go until the very last word.'

'Picked up & read in couple of days - found it impossible to put down.'

'Truly brilliant story that must have been difficult to write.'

'Congrats to the author for having the guts to share it with us.'

'Story reminds me of novels by Tom Wolfe in which we learn how easy it is to fall through the thin crust of civilization.'

'Drawn in from the first page & from then on I felt I was with him every step of the way.'

'Read many 'Award Winning' books which are boring, too descriptive, too long, but this was great.'

'I COULD FEEL THE TENSION IN THE WRITING.'

'He tells you his story which I promise you is a fantastic read.'

'Brilliant book which had me on tender hooks.'

My second TRUE STORY is called, FIVE WEEKS with events taking place in America, where I am nearly left for dead in a Pennsylvanian wood.

My third book, another true story is called, 24 Hours In New York.

My fourth book is called 13!

David P Perlmutter lives in London and a very proud father of four children and has one grandson. David is exceptionally close to his large family, which includes four brothers and one sister, who all live within a 10-mile radius of each other.

It was while living in Portugal several years ago, that David started to write Wrong Place Wrong Time as a blog, but a friend who read the first couple of chapters, told him it was too good for a blog, it must be a book.

David’s second book, Five Weeks, is another true story and catalogues a trip to America during which he was almost left for dead in a Pennsylvanian wood.

Apart from writing, David spends a lot of time promoting and marketing authors across the world on his social media platforms.

He has written eight books on book marketing in his My Way brand.

David is a volunteer Cancer Campaigns Ambassador for Cancer Research UK, working with his local MP and the media on cancer related policy issues and campaigns. He also raises money for the charity by arranging book signing events at CRUK shops all over London and the home counties, donating a percentage of book sales.

David enjoys engaging with his 50k + followers on Twitter @davepperlmutter and invites all his readers to join him there in ‘conversation’.


OTHER BOOKS BY DAVID P PERLMUTTER

My Way Four – May The 4th Be With You

My Way To Getting Published

My name is David P Perlmutter and I have a story to tell based on true events. There are moments in the story that I'm not proud of but also there are some that I am. You will have your own opinion of me, like some of the reviewers have stated in their reviews.

PKH
5.0 out of 5 stars Raw and riveting read!
6 October 2019
Format: Kindle EditionVerified Purchase
An absorbing read, one that becomes unputdownable as the pace picks up.
On a few occasions throughout, David Perlmutter refers to himself as a f***ing idiot, and while it's hard to argue with that, you can't help but feel for him because of the raw humanness that shines through the narrative—not least, the humility and sense of accountability that come from owning one's shame.
And kudos to Perlmutter for not romanticising his harrowing experiences as 'character building', in the way many stories of a similar nature do.
Highly recommend.

Stephen Ainley
5.0 out of 5 stars Exciting read.
21 August 2018
Format: Kindle EditionVerified Purchase
Really enjoyed this book. Found it an exciting, easy read, which keeps you enthralled from first page to last. The author does not try to sugarcoat it, if he made a stupid move, he is the first to admit it, and the regret he feels for the anguish he caused his family comes through very clearly. Will make a great movie.
Read more
Helpful
Comment Report abuse

Fiona
5.0 out of 5 stars Sobering
13 November 2017
Format: Kindle EditionVerified Purchase
A terrifyingly sobering story, as this could happen to any one in an unfamiliar country. Almost unbelievable in the sense of David's terrible luck and timing.
Read more
Helpful
Comment Report abuse

Mr Savio Dias
2.0 out of 5 stars Mystery Ending
28 August 2017
Format: Kindle EditionVerified Purchase
Surprising how the author in so many years never really went to find out why he was let free without any history.
Read more
Helpful
Comment Report abuse

Amazon Customer
1.0 out of 5 stars Very Disappointing
19 March 2016
Format: Kindle EditionVerified Purchase
This book did not live up to the hype. Repetitive to say the least and found it extremely boring and self-pitying.
Read more
Helpful
Comment Report abuse
See all 11 customer reviews
Write a customer review

Go to Amazon.com to see all 156 reviews 4.3 out of 5 stars
Get FREE delivery with Amazon Prime
Prime members enjoy FREE Delivery and exclusive access to movies, TV shows, music, Kindle e-books, Twitch Prime, and more.
> Get Started
Back to top
Get to Know Us
Make Money with Us
Let Us Help You
And don't forget:
© 1996-2020, Amazon.com, Inc. or its affiliates