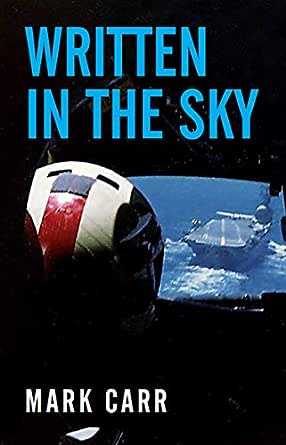 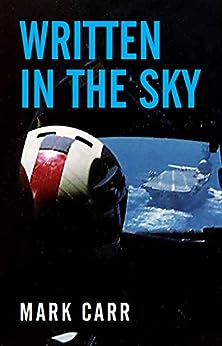 Written In the Sky Kindle Edition

Since childhood, Mark Carr wanted to and fly he did...firstly as a naval aviator, a jet instructor and then pilot for Cathay Pacific Airlines. --This text refers to the paperback edition.

Mark Carr was born in Wagga Wagga, Australia, in 1957. At a young age he developed an obsession with aviation. After moving to Victoria where he attended high school, he made his first solo flight at the age of sixteen, and joined the Royal Australian Navy as a pilot at eighteen in 1976. After personal struggles he developed into a seasoned carrier pilot, operating Grumman 'Tracker' aircraft, and later became a flying instructor on jets.

In the early eighties he transferred to the Royal Australian Air Force and continued instructing on jets then 'Orion' patrol aircraft before joining Ansett Airlines of Australia in 1987, where he flew Fokker and Boeing aircraft. However, just two years later Mark was caught up in the bitter Australian Domestic Pilots' Dispute, and he and his young family left Australia to fly with Cathay Pacific Airways Limited in Hong Kong, where he flew Boeing 747 and Airbus aircraft.

After sixteen years in Hong Kong Mark was able to move back to Victoria, where he continued flying for Cathay Pacific until his retirement as an Airbus captain in 2018. With aviation still in his blood he conducts 'Adventure Flights' for the public in restored military training aircraft, and supports the Benalla Aviation Museum. He lives near Euroa, Victoria and is married with a son, daughter and a grandson. --This text refers to the paperback edition.

Craig
5.0 out of 5 stars Inspirational
Reviewed in Australia on 13 December 2020
Verified Purchase
Such a good walk down memory lane for me. I have a career not dissimilar to Marks and indeed worked as one of his colleagues for 30 years in both Ansett and Cathay. For the last 25 years of that we followed the same path. It is an inspiring read for any up and coming Pilot and indeed for anyone with a dream.......thanks Mark. I highly recommend this book.
Read more
Helpful
Report abuse
See all reviews
Get FREE delivery with Amazon Prime
Prime members enjoy FREE Delivery and exclusive access to movies, TV shows, music, Kindle e-books, Twitch Prime, and more.
> Get Started
Back to top
Get to Know Us
Make Money with Us
Let Us Help You
And don't forget:
© 1996-2020, Amazon.com, Inc. or its affiliates