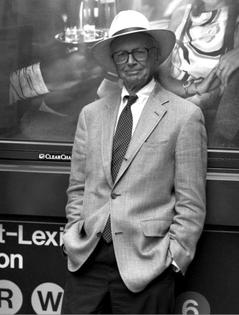 by William Zinsser (Author)
4.6 out of 5 stars 3,527 ratings
Part of: On Writing Well (3 books)
See all formats and editions
Sorry, there was a problem loading this page. Try again.


"On Writing Well is a bible for a generation of writers looking for clues to clean, compelling prose." –New York Times

A beloved classic, this definitive volume on the art of writing nonfiction celebrates its thirtieth anniversary.

On Writing Well, which grew out of a course that William Zinsser taught at Yale, has been praised for its sound advice, its clarity, and for the warmth of its style. It is a book for anybody who wants to learn how to write or who needs to do some writing to get through the day, as almost everybody does. Whether you want to write about people or places, science and technology, business, sports, the arts, or about yourself in the increasingly popular memoir genre, On Writing Well offers you both fundamental principles as well as the insights of a distinguished practitioner. With over a million copies in print, this volume has stood the test of time and remains a valued resource for writers and would-be writers.

"On Writing Well belongs on any shelf of serious reference works for writers." -- New York Times

"Not since The Elements of Style has there been a guide to writing as well presented and readable as this one. A love and respect for the language is evident on every page." -- Library Journal

William Zinsser is a writer, editor and teacher. He began his career on the New York Herald Tribune and has since written regularly for leading magazines. During the 1970s he was master of Branford College at Yale. His 17 books, ranging from baseball to music to American travel, include the influential Writing to Learn and Writing About Your Life. He teaches at the New School in New York.
Tell the Publisher!
I’d like to read this book on Kindle

William Zinsser, a writer, editor, and teacher, is a fourth-generation New Yorker, born in 1922. His 18 books, which range in subject from music to baseball to American travel, include several widely read books about writing.

Writing to Learn which uses examples of good writing in science, medicine and technology to demonstrate that writing is a powerful component of learning in every subject.

Writing Places, a memoir recalling the enjoyment and gratitude the places where William Zinsser has done his writing and his teaching and the unusual people he encountered on that life journey.

Mr. Zinsser began his career in 1946 at the New York Herald Tribune, where he was a writer, editor, and critic. In 1959 he left to become a freelance writer and has since written regularly for leading magazines. From 1968 to 1972 he was a columnist for Life. During the 1970s he was at Yale, where, besides teaching nonfiction writing and humor writing, he was master of Branford College. In 1979 he returned to New York and was a senior editor at the Book-of-the-Month Club until 1987, when he went back to freelance writing. He teaches at the New School and at Columbia University Graduate School of Journalism. He is an adviser on writing to schools, colleges, and other organizations. He holds honorary degrees from Wesleyan University, Rollins College, and the University of Southern Indian and is a Literary Lion of the New York Public Library.

William Zinsser's other books include Mitchell & Ruff, a profile of jazz musicians Dwike Mitchell and Willie Ruff; American Places, a pilgrimage to 16 iconic American sites; Spring Training, about the spring training camp of the Pittsburgh Pirates in 1988; and Easy to Remember: The Great American Songwriters and Their Songs; and he is the Inventing the Truth: The Art and Craft of Memoir. A jazz pianist and songwriter, he wrote a musical revue, What's the Point, which was performed off Broadway in 2003.

Mr. Zinsser lives in his home town with his wife, the educator and historian Caroline Zinsser. They have two children, Amy Zinsser, a business executive, and John Zinsser, a painter and teacher.

4.6 out of 5 stars
4.6 out of 5
3,527 global ratings
How are ratings calculated?
To calculate the overall star rating and percentage breakdown by star, we don’t use a simple average. Instead, our system considers things like how recent a review is and if the reviewer bought the item on Amazon. It also analyses reviews to verify trustworthiness.

paul palmos
5.0 out of 5 stars Entertaining writing--without fluff.
Reviewed in Australia on 12 March 2021
Verified Purchase
I regard this book as the most useful guide to clear writing that I have ever read.
Whether the reader is an aspiring writer, or just wants to compose a fluent letter; they shouldn't go past his
clear, concise, yet wide ranging examples.
Summing up; an inspiring teacher--and a great read.
My writing is better already.
Read more
Helpful
Report abuse

Alistair Bone
5.0 out of 5 stars Is good
Reviewed in Australia on 16 June 2016
Verified Purchase
It's the thing to read if you want to write well.
I can't think of a style it would not enhance.
Even if you are naturally bad, following its guidelines faithfully would get you into the top ten percent of writers.
A work of subtle and mannered genius. I can't recommend it highly enough.
Read more
5 people found this helpful
Helpful
Report abuse

David Bambrick
5.0 out of 5 stars If you want to write non-fiction this is the book.
Reviewed in Australia on 17 February 2020
Verified Purchase
This book met all of my expectations. Exactly what I needed.
Read more
2 people found this helpful
Helpful
Report abuse

Ali Moghimi
2.0 out of 5 stars I wouldnt recommend
Reviewed in Australia on 15 August 2020
I am surprised by high ratings given to this book. The book only goes through some obvious facts and many examples mentioning a lot of names... but nothing further. I wouldn't recommend the book.
Read more
4 people found this helpful
Helpful
Report abuse

Ben P
5.0 out of 5 stars I like it because its straightforward and not a lot of fluff.
Reviewed in Australia on 8 April 2021
Its not as lengthy as some other books, but the content is enough to give me ideas to improve on my writting. Also encourage me to write like what I would write instead of trying to be someone else.
Read more
Helpful
Report abuse

Robert ‘Bob’ Macespera
5.0 out of 5 stars A must have
Reviewed in the United Kingdom on 20 May 2019
Verified Purchase
The importance of this book is not difficult to explain - this is an essential must have for all interested in books, not only for those who write, but for anyone who reads; at the end of it, youll be better in both. The book focuses on how to write well non-fiction, but virtually all its comments do apply also to fiction. And it goes further and helps to understand why good writing is good writing and why good literature is good literature.
My favourite part is that dedicated to the basics: what not to do when writing, and specifically how to avoid, as the author calls it, the "clutter", with many examples of that "clutter": how banks, insurance companies, large corporations and, most obviously and constantly, the politians use the language not to explain, but to conceal what they mean, or to look more important; and all by means of using longer (and generally useless, many times gramaically incorrect) expressions. Thus: the very silly "at the present time" instead of the plain yet far more correct "now". There are an array of examples like this one.
As I said in the title of this review: a must have for anyone who reads or write; for anyone.
Read more
17 people found this helpful
Report abuse

Jonathan Baldie
5.0 out of 5 stars This book kicked my ass
Reviewed in the United Kingdom on 25 November 2018
Verified Purchase
This book kicked my ass. In the spirit of Zinssman's book, I'll keep my review brief. The book teaches you that clutter is the #1 enemy of all writers, and that tightening your prose can make you a better writer in every area of your life.

This is non-optional reading for all writers and professional, aspirational people in general.
Read more
19 people found this helpful
Report abuse

Ms. KJ Rowberry
4.0 out of 5 stars Great advice, east read, perfect for for anyone planning to feature write.
Reviewed in the United Kingdom on 10 August 2014
Verified Purchase
As you would expect this is very well written and gives clear guidance on how to improve your writing. It is litterd with fantastic examples and anecdotes to brighten up what can be a dry subject. It lacks some of the charm of Eats, shoots and leaves. but makes up for it in depth.

Having studied Journalism a decade ago I wish I'd had this book then. It taught me everything I should have learnt but was never taught. It demonstrates the subtleties of using the English language. Which, it seems to me, that between school, college and uni they expect you to learn but never actually teach. It took me only a week to read this book and I am a more confident writer as a result. There are some chapters that are specific to particular types of writing such as sports, or memoir so you can skip these if not suitable for your needs. This book is written by a journalist and so it is geared around getting you to write snappier more engaging pieces that would suit the news or feature stories. I wouldn't recommend it for academic writing so much.

My only criticism is Zinsser's attempt to wipe out the semi-colon in favour of the dash. How will we wink then ;)
Read more
14 people found this helpful
Report abuse

Simranjeet Singh Saini
5.0 out of 5 stars Well of Knowlegde
Reviewed in India on 2 December 2018
Verified Purchase
Such a wonderful and exquisite learning tool. Just a mere reading taught me a lot. I, without wasting a single second thought of gifting it to the most deserving. My happiness knew no bounds when I saw that person reading it analytically and grasping the message on the go.I strongly believe that this budding litterateur shall definitely rise up with a creative work jaded and jazzed up with jewels of words and garlands of phrases. I recommend it for all and sundry. If "On Writing Well" is read along with "The Elements of Style", the combination can help one assimilate and accumulate wealth of knowledge about the nuances of the literature world. Read and relish the jelly-jam churned out like fresh butter with honey drops falling on it.
Read more
37 people found this helpful
Report abuse

Shams
5.0 out of 5 stars Inspiring and communicate clear advice
Reviewed in the United Kingdom on 15 August 2021
Verified Purchase
Amazing read. Fresh and lively. so much to take on board, but you have to read with your full attention. The gems are hidden through the book. So, keep a watchful eyes to discover the hidden treasure.
Read more
2 people found this helpful
Report abuse
See all reviews