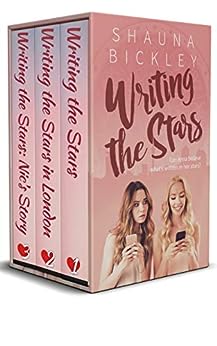 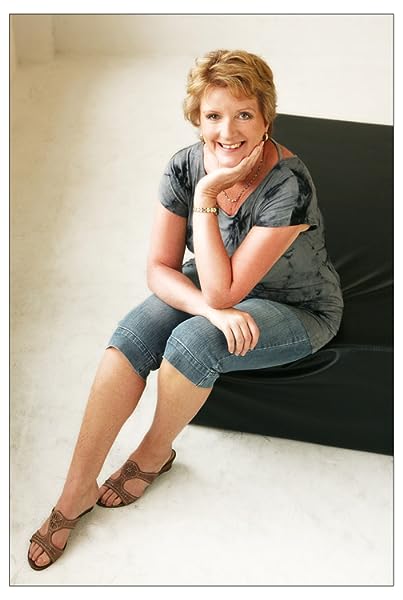 Writing the Stars Collection: The heartwarming horoscope romances in one collection with a new novella-length story Kindle Edition

by Shauna Bickley (Author) Format: Kindle Edition
See all formats and editions
Sorry, there was a problem loading this page. Try again.
Anna King writes horoscopes, but she’s pragmatic enough to realise the message in the stars isn’t always clear and the struggle between her head and her heart doesn't come with a simple solution.
Join Anna and her good friend Corinne as they start a Girl Friday business and search for love.
Writing the Stars
How can Anna continue writing horoscopes? Her boyfriend of several years has been cheating on her, and she is about to lose her job. She never saw that in the stars.

With her job gone and her part-time astrology work not enough to pay the bills, Anna and her best friend Corinne start a Girl Friday business. They thought finding clients would be their biggest problem, but as the business expands their customers create plenty of headaches.

As if they don't have enough worries, Corinne decides the best way for Anna to rebuild her confidence is to get back into the dating scene, but Anna knows exactly what she wants: no romantic complications.

Anna finds it easy to keep things light-hearted and relaxed with the guys she meets from the speed-dating, but a chance encounter with a stranger called Jake shakes her resolve to keep her life a romance-free zone.

The message in the stars isn’t always crystal clear and sometimes you need to take a chance. Will Anna take that risk?

Writing the Stars is a warm, feel-good novel set in New Zealand.

It is a sweet romance with a lot of heart that will appeal to fans of Lucy Diamond, Susanne O’Leary, Mary Alice Monroe, Sheila O’Flanagan and anyone who’s ever read their horoscope!

Writing the Stars in London

The stars say they’re soulmates, but will their secrets get in the way?

Anna and her boyfriend Jake move to London from New Zealand, and when Anna lands a job at Cara magazine, she believes all her settling-in problems are over.

Then she spots Jake having lunch with a beautiful blonde.

Jake says it was a chance meeting with an ex-girlfriend and there is nothing for Anna to worry about as he has no feelings for the two-timing Brooklyn. But Anna can’t get the woman out of her mind. If they have no secrets from each other, why didn’t Jake tell her about Brooklyn before?

When Anna finds herself sitting next to Brooklyn and Kirstie, a naïve reality television contestant, Anna talks her way into their conversation. She becomes friends with Kirstie and tries to boost Kirstie’s confidence when she begins working on a new reality competition to win a modelling contract.

Conscious that Jake said he wants nothing more to do with his ex-girlfriend, Anna doesn’t mention she has met Brooklyn, believing they’re not likely to meet again. So much for assumptions.

Anna hates that Jake kept a secret from her, yet her desire to help Kirstie means she is soon keeping secrets from him. When Kirstie and Brooklyn ask her to arrange some magazine interviews for Kirstie the trouble escalates.

But the biggest secret is the one Anna still doesn’t know.

Writing the Stars in London is a sweet romance with a lot of heart and a second chance.

…and an added bonus for readers a new novella length linked story.

Writing the Stars: Nic’s Story
While Anna and Corinne are living in London, Nic thinks she may have found some irregularities in the Girl Friday accounts. She doesn’t want to worry Anna and Corinne until she’s sure she hasn’t made a mistake and the one person who might be able to help her is her ex-boyfriend Lester.

Shauna writes crime mysteries for people who love to work out the clues and discover the murderer before the answer is revealed in the final chapters. She also writes contemporary women’s fiction with strong, emotional stories that include family, friendship and love mixed with secrets and a little mystery.

The locations for her books are based on many of the places she’s lived or visited, creating realistic settings from cities, small towns and coastal communities in England, Europe, Australia and New Zealand.

If you love romance stories with strong heroines then check out the Clearwater Bay series set in New Zealand. If you like sorting out clues from red herrings you’ll want to read the Lexie Wyatt murder mysteries set in England.

To discover more about the characters and inspiration for her books, receive exclusive short stories, and hear about new releases and special deals, you can subscribe to Shauna's Book Club newsletter directly at https://www.subscribepage.com/shaunasbookclub or from her website. You'll also receive an exclusive ebook Jenny's Story and Other Tales.

Other than writing (or surfing the internet pretending she’s researching), Shauna loves reading, running (or more likely walking), coming up with excuses not to attend Zumba, and trying to find new ways to use the excess fruit from the trees in the garden.