Writing in the Dark and over 1.5 million other books are available for Amazon Kindle . Learn more
Share <Embed> 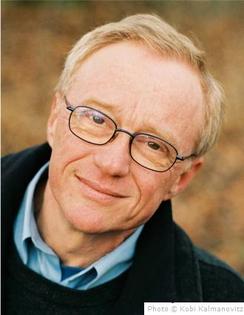 Writing in the Dark: Essays on Literature and Politics Paperback – 1 September 2009

Page 1 of 1 Start overPage 1 of 1
This shopping feature will continue to load items when the Enter key is pressed. In order to navigate out of this carousel please use your heading shortcut key to navigate to the next or previous heading.
Back
Next
Start reading Writing in the Dark on your Kindle in under a minute.

"Grossman is more than just another talented writer: Like Václav Havel, he is a moralist, a man with a conscience whose words cry out for absolute truth and fariness." --Newsday

"One of contemporary literature's most versatile and absorbing writers." --San Francisco Chronicle

"No other Israeli writer so far has approached the touchy subject [os Israeli Arabs]] with such compassion, or looked at it with, so to speak, bifocal eyes, Israeli and Palestenian." --The New York Review of Books

"An extended rumination on the struggle and the thrill of shaping words in to stories and reclaiming their meaning and beauty." --The Nation

"The Israeli Orwell . . . [Grossman] is a writer for the world stage, and the world has much need of him." --The Buffalo News

"[Grossman] asks the most difficult and searching questions. . . . His words have a tremendous, forceful eloquence about them, from first to last. . . . A delight to read . . . powerfully humanistic." --The Independent (UK)

David Grossman has received several international awards for his writing, including the Premio Grinzane and the Premio Mondelo for The Zigzag Kid. He is the author of several novels and children's books, and a play. He lives in Jerusalem with his wife and children.

R. M. Peterson
5.0 out of 5 stars A cry in the wilderness?
Reviewed in the United States on 10 November 2009
Verified Purchase
David Grossman is an Israeli, born in Jerusalem in 1954. His father immigrated from Galicia in the 1930s and his mother was a Jew from Palestine. Writing in Hebrew, he has distinguished himself as a writer both of fiction and non-fiction. I confess that I had a difficult time getting into his fiction and I aborted my two attempts. Not so with his non-fiction. "The Yellow Wind", "Sleeping on a Wire", and "Death as a Way of Life" are among the finest and most perceptive books I have read on the Israeli-Palestinian conflict. (For those not familiar with Grossman's non-fiction, be forewarned that he is a peace activist and a staunch critic of prevailing Israeli policy.)

WRITING IN THE DARK is not quite on the same plane as those three earlier books. It is a collection of six essays (or speeches) from between 1998 and 2007. As is almost inevitable with such collections, there is a certain measure of disjointedness or diffusion of focus. For the most part, they do not directly address the political situation in Israel or the schism between Israelis and Palestinians. The most "political" essay is the fifth (and best) one, "Contemplations on Peace", a lecture from 2004. In it Grossman considers how peace would help Israel develop normally as a state and society, perhaps even allow for the realization of a once fervently held dream of "a moral and just society, a society with a humanistic, spiritual vision, a society that would manage to integrate modern life with the ethics of the prophets and the finest Jewish values." Grossman fears that the protracted and constant state of war and anxiety will end up permanently stunting the development of Israel as a nation and that of its citizens as people. He also is concerned about rebutting in a meaningful way the view, among certain circles, "that the entire State of Israel--not only the settlements--is an act of colonial, capitalist injustice, carried out by an apartheid regime, detached from historical, national, and cultural motives, and therefore illegitimate."

Another theme of the essays, the predominant one even, is how literature -- both writing and reading literature -- can be a means for transcending the propaganda and dehumanization so prevalent in a nation or society in a state of war. The point is a valid one, but in these essays, as collected here in one book, Grossman belabors it and, at times, mystifies it. Much of the discussion is far too abstract, almost mystical, and at times the writing (when I do understand it) is too precious. Even so, the book is well worth getting just for the last three essays, especially "Contemplations on Peace."

John P. Jones III
5.0 out of 5 stars The Proverbial Candle...
Reviewed in the United States on 15 December 2009
Verified Purchase
David Grossman is a remarkable man. In this collection of six essays you get virtually no indication of the anger that surely must be there, at observing the stupidity of the endless violence that has spanned his entire life. Instead, there is a calm, rationale voice, a "light unto nations" if you will, that consistently and logically says that we (and the book was originally published in Hebrew, so his main audience is the nation of Israel) need to recognize that endless conflict is not in our best interest, is damaging to our soul and values, and that there are alternatives available. In one of the best essays that have been highlighted by other reviewers, his speech in Paris in 2004, which is entitled "Contemplations of Peace" he clearly identifies one of the central problems: "The government of Israel have showered hundreds of millions of dollars on settlements and settlers in the past decades. What is known as the `settlement enterprise' is the largest and most wasteful national project Israel has undertaken since its inception. A massive mechanism of propaganda, enticement and persuasion--ideological, religious, and national--was launched by all the governments of Israel, left and right, to impel Israelis to move to the Occupied Territories en masse. Scandalously excessive financial incentives were offered. But still, after almost forty years, fewer than 250,000 Israelis live in the settlements, and the vast majority of them are children who were born there."

The book is a short one, only 130 pages, and there have already been a couple of excellent reviews posted. But such is the richness, and density of his essays, that I think there is still much that can be said without being repetitive. Differences provide for the viability of horse races and stock markets. My colleague to my north, R. M. Peterson, and I differ somewhat on this book, perhaps only by nuance, since we both give it 5-stars. But my rating does not resort to "trick math," since I believe Grossman's best essay is the second: "The Desire to Be Gisella," and I am strongly impressed by the first as well. In the second essay Grossman describes being on a bus from Tel Aviv to Jerusalem, and the news hour includes a report on his book, "See Under: Love." In the report they describe an extra pedal that Uncle Shimmik had installed on a sewing machine that Gisella uses. Grossman, who has written the story, cannot remember why he had the fictional character install the extra pedal! He says: "I was on edge for the rest of the journey." On arriving home, he re-reads his own story, and realizes, yes, I gave her the extra pedal because she was short. As a writer, he was able to enter his creation's life, and realize that because she was short, she would need an extra pedal at the sewing machine, something he subsequently forgot. In a word, he had empathy with his character, and this is a primary thought he has for "his characters," empathy for "the other"; or as he expresses it at the end of this essay: "And then, sometimes, we can also grasp--in a way we never previously allowed ourselves to--that this mythological, menacing and demonic enemy is no more than an amalgamation of people who are as frightened, tormented and despondent as we are. This comprehension, to me, is the essential beginning of any process of sobriety and reconciliation."
Words matter. A central Grossman theme as a writer. Do we call them "settlers," as the American media does, or "colonists" as the French media does, in referring to the Jewish inhabitants of the occupied West Bank (the last three words themselves are "loaded".) Grossman has a wonderful dissection of the following news report, from his days as a newscaster on Kol Israel radio news, in his first essay, "Books That Have Read Me": "A local youth was killed during disturbances in the Territories."

Anger? Well, he is only human, so he does have a bit of that as well. Consider in his final essay he says: "This may also explain the general lack of response to the heavy blow against democracy dealt by the appointment of Avigdor Lieberman as a senior minister--the appointment of a known pyromaniac to run the national fire brigade."

Now that America is also adopting an ideology of endless war, Grossman's book is an excellent 5-star read for those Americans who seek an alternative from "cursing the darkness," and kudos to Jessica Cohen for an excellent translation.
Read more
2 people found this helpful
Report abuse

suefein
5.0 out of 5 stars David Grossman's Essays are incredible
Reviewed in the United States on 5 March 2010
Verified Purchase
I picked up this book of essays at random from a list of Grossman's works. It was a lucky choice because I was entranced by his essays. His gift of explanation and insights are rare. These essays, I would venture to say, are more accessible than his fiction. Everyone interested especially in literature, the creative act of writing and, of course, politics,should read this book,and be richer for it.
Read more
Report abuse
See all reviews
Get FREE delivery with Amazon Prime
Prime members enjoy FREE Delivery and exclusive access to movies, TV shows, music, Kindle e-books, Twitch Prime, and more.
> Get Started
Back to top
Get to Know Us
Make Money with Us
Let Us Help You
And don't forget:
© 1996-2020, Amazon.com, Inc. or its affiliates