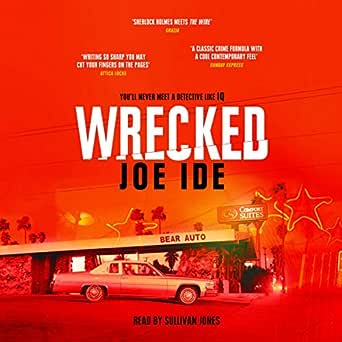 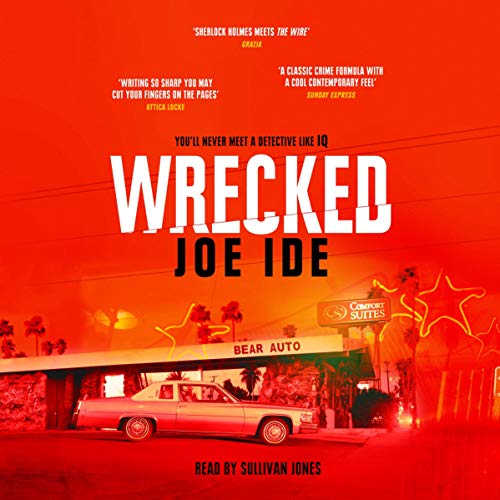 4.4 out of 5 stars
4.4 out of 5
225 global ratings
How are ratings calculated?
To calculate the overall star rating and percentage breakdown by star, we don’t use a simple average. Instead, our system considers things like how recent a review is and if the reviewer bought the item on Amazon. It also analyses reviews to verify trustworthiness.

MarkHenryC
4.0 out of 5 stars Was this rushed to market?
Reviewed in Australia on 5 September 2019
Verified Purchase
I really like Ide's writing but it's spoiled by a lack of professional editing. I'm only 11% in and have reported 3 errors: one very early in the book, a word that doesn't make sense ("hlooad", probably supposed to be "had"); some punctuation errors; and a complete logic error in a sentence. For a full-price book (about 50% more than a Michael Connolly) I'd expect the editing to be in the pro league. A pity. I didn't notice this sloppiness in the first two of the series.
Read more
Helpful
Report abuse

Marquinius
4.0 out of 5 stars Read it in one go ...
Reviewed in Australia on 21 January 2019
Verified Purchase
Fast paced, lots of good dialogues, creepy bad guys, a strong link to current world affairs and a sweet love story. What else do you want?
Read more
Helpful
Report abuse

Jules
5.0 out of 5 stars The good guys win -- with class
Reviewed in Australia on 6 May 2019
Verified Purchase
Great plots and a fabulous hero. A "don't put me down book".
Read more
Helpful
Report abuse
See all reviews

Clive
4.0 out of 5 stars THE STORY CONTINUES
Reviewed in the United Kingdom on 1 November 2018
Verified Purchase
This is the third outing for Isaiah Qunitabe and Dodson and I've enjoyed each of them. Isaiah is such an unusual hero character that he, really, sustains the whole story. In the last book, 'Righteous', Isaiah encountered a mysterious girl in the scrapyard and, in this book, that plot line is developed. The main story involves a shady and well-resourced group of ex-torturers who are hunting our heroes and, of course, there are a few sub-plots too.

Possibly more so than the previous books, parts of the plot depend upon swallowing some fairly unlikely concepts and events but, once you've managed that, the story fairly zips along. In particular, some of the actions of the supposedly
highly trained professional soldiers / 'hit men' are stupid beyond credulity and their operating procedures are lax to the point of amateur (like using just one zip-tie). The rendition into Kindle-speak is also, as before, not glitch-free but it's not bad enough to spoil the flow of the story.

There is a lot of personal stuff in this book, involving the feelings of both Isaiah and Grace and this is very well and sensitively expressed. Indeed, considering that the language used by Deronda to avoid having sex with an odious thug is so startlingly brutal, it was a relief to see the sex between Isaiah and Grace handled so sensitively.

As with the previous books, I enjoyed this immensely and look forward to following the exploits of IQ again in the next novel.

Time has passed, IQ and Dodson have had successes, one of which comes back to haunt them in the lesser of the two main plots of <b>Wrecked</b>

The other is a solidly constructed "missing person" case, more complicated than it looks. Ide confidently draws these characters, presents his usual excellent and sharp dialogue, and moves to a very satisfying conclusion for both plots. Toss in some sub-plots with previous villains and you have a delicious mix of action, planning and personalities. Wonderful!

Ide clearly loves his characters, and imbues them with personality and human drives and foibles. As usual, this was a rush for me, reading almost straight through in two sittings.

I particularly like the hesitant romance between IQ and his client... very sweet indeed. Even Dodson grows more real, and even a bit fatherly here. His partner, Cherise, is solid and smart and loving. She sees in Dodson traits that we don't always behold. Very sweet.

Be warned, there are some torture scenes, which you can skim. They are only a 5/10 on the scale of brutality for me.

A thoroughly wonderful, fun and exciting next book for IQ and associations.

Ashrae
4.0 out of 5 stars Wrecked
Reviewed in the United Kingdom on 3 February 2020
Verified Purchase
Imagine my excitement when I saw that the 4th in the series was out. I went back to double check what happened in book 3 and was shocked to find that although I found the book on my Kindle, I hadn't actually read it...! What was I thinking! Anyway, desperate to rectify this most heinous of crimes, I loaded it up and dove straight in, having thoroughly enjoyed its two predecessors.
This book didn't quite hit the heady heights of the first two for me sadly. I guess this is probably due to the fact that it is more action and less cerebral which was something I really enjoyed about IQ in his first two outings. As with previous books there is a LOT going on - he's not a one case dude - which kinda better reflects real life in some ways. He also teams up with Dodson who has quit the food trucks and decides that a partnership with IQ is the latest in his endeavours to find a meaningful life and work to support his family. But his ideals regarding payment don't quite fit in with the way that IQ does things - the barter system rather than cold hard cash so it doesn't quite start off as the partnership made in heaven... IQ is then approached by Grace, a young artist, who wants him to find her mum for her. The two connect on many levels but Grace appears to be holding information back from IQ. His own research uncovers some very nefarious things linked with some very bad people but it's IQ's connection to Grace herself that puts him in mortal danger...
If you've read the previous two books - and I do recommend that you do before starting this one - you'll recognise a lot of familiar faces popping up in this book. IQ has fingers in many pies, not all of them sweet, and his past does have a habit of coming back to bite his present. IQ continues to be rather introvert in nature but his infatuation with Grace forces him to consider his emotional side with some rather interesting outcomes. This episode is more brutal and violent in nature than I was expecting but it fitted with what was going on in the narrative very well and complemented it superbly. There's also a lot of humour interspersed throughout, some quite black in nature, which gave some well needed relief from the action going on throughout the book.
IQ being quite Sherlock in nature does make some wild leaps at times but none that are too far fetched in context and all well backed up in what is going on around and about. As I have already mentioned the emphasis isn't on the cerebral as much as previous books and that's a pity, but it doesn't mean that this book isn't a good read. Just a little different in direction from what has gone before.
Read more
Report abuse

Kaffmatt
3.0 out of 5 stars Fun Whether Intended or Not
Reviewed in the United Kingdom on 28 October 2019
Verified Purchase
This is a fun read, which I think young adults would find appealing. I enjoyed the book but it wasn’t thrilling or engrossing. A series of nasty events are treated with humour and some of the characters are hilarious.
It’s imperative that the series is read in order, otherwise this will make little sense. Also, the number of characters and gangs is confusing ( and I’ve read the whole series).
The whole storyline is a bit ‘Keystone Cops’- alcoholic security officer, wimpy dog, henpecked partner, corrupt ex police officer etc. What I missed was the quirkinesses of IQ and his ability to deduce evidence and work out solutions. He does so but not to the extent of previous outings.
Let’s get back to quirky Isaiah, with his clever private detective deductions.
Read more
Report abuse

A. W. Skinner
2.0 out of 5 stars I got bored!
Reviewed in the United Kingdom on 3 January 2019
Verified Purchase
Sorry - I have liked Joe Ide until this one. I just could not engage with the characters - even I.Q. has lost his credibility. I cannot even remember the name of his "business partner", the white girl, with whom I.Q. was supposed to be in love, was a total cipher, and the black girl, with the huge ass, is simply a cartoon character. In fact, most of the characters were cartoon characters.
Shame - because when the series started, I thought we had found an exciting new writer.
Read more
2 people found this helpful
Report abuse
See all reviews
Get FREE delivery with Amazon Prime
Prime members enjoy FREE Delivery and exclusive access to movies, TV shows, music, Kindle e-books, Twitch Prime, and more.
> Get Started
Back to top
Get to Know Us
Make Money with Us
Let Us Help You
And don't forget:
© 1996-2020, Amazon.com, Inc. or its affiliates