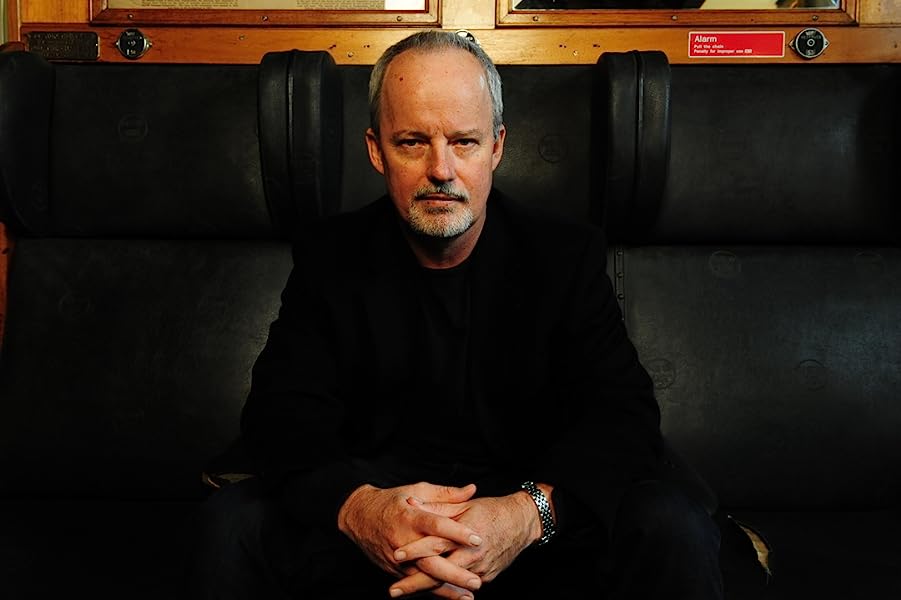 Page 1 of 1 Start overPage 1 of 1
This shopping feature will continue to load items when the Enter key is pressed. In order to navigate out of this carousel please use your heading shortcut key to navigate to the next or previous heading.
Back
Next
Start reading The Wreckage: Joe O'Loughlin Book 5 (Joseph O'Loughlin) on your Kindle in under a minute.

Set in the turbulent aftermath of the Global Financial Crisis, The Wreckage pits Vincent Ruiz against powerful agents who will stop at nothing to bury secrets...

Before writing full-time Michael Robotham was an investigative journalist in Britain, Australia and the US. He is the pseudonymous author of 10 best-selling non-fiction titles, involving prominent figures in the military, the arts, sport and science. He lives in Sydney with his wife and 3 daughters.

4.3 out of 5 stars
4.3 out of 5
253 global ratings
How are ratings calculated?
To calculate the overall star rating and percentage breakdown by star, we don’t use a simple average. Instead, our system considers things like how recent a review is and if the reviewer bought the item on Amazon. It also analyses reviews to verify trustworthiness.

Linda
4.0 out of 5 stars More political than the usual murder thrillers
Reviewed in Australia on 15 June 2020
Verified Purchase
I always enjoy his books and to be fair I think I hit the wrong button when ordering, as I wouldn't have chosen this one. I love his murder thrillers and this was more political and the jumping between the two countries with two totally different themes was not my style. But of course written very well, as always.
Read more
Helpful
Comment Report abuse

shirley mcintosh
5.0 out of 5 stars The wreckage.
Reviewed in Australia on 10 March 2019
Verified Purchase
Complex start setting up the storyline. Kept putting it down when it became too heavy. Not for long though...had to keep going. The story had a hold of me. Robotham is a magician of words and plots. RUIZ and JOE are believable likeable characters with their flaws, you are still rooting for them. Addicted to this author.
Read more
One person found this helpful
Helpful
Comment Report abuse

Judy M
4.0 out of 5 stars Impressive
Reviewed in Australia on 2 December 2018
Verified Purchase
I much prefer the books featuring Joe O'Loughlin, but I did enjoy more of the Ruiz character presented in this story. It moved at a good pace, was a well structured story and all up I thought it was a good read.
Read more
Helpful
Comment Report abuse

57Dave
5.0 out of 5 stars Another gripping read
Reviewed in Australia on 28 August 2018
Verified Purchase
I think this is the best in the series so far. Not much of a part for Joe but Ruiz puts in another great performance. The story goes at a thumping pace right to the end.
Read more
One person found this helpful
Helpful
Comment Report abuse

AccountsCow
2.0 out of 5 stars Not really a Professor Joe story ;/
Reviewed in Australia on 1 February 2020
Verified Purchase
Storyline was not of interest to me (too much war and financial implications). Not enough Ruiz, and not nearly enough Professor Joe!
Read more
Helpful
Comment Report abuse

Xavier Herbert -Will
5.0 out of 5 stars Another great offering by Michael Robotham.
Reviewed in Australia on 22 September 2015
Verified Purchase
Great read, a really absorbing tale with fantastic villains and a gut retching illumination on predatorial behaviour. The blending with Olaughlins family issues makes an interesting thread. I am looking forward to my next by Michael Robotham.
Read more
Helpful
Comment Report abuse

Geraldine Rolfe
5.0 out of 5 stars A great thriller with familiar characters.
Reviewed in Australia on 13 November 2018
Verified Purchase
The author does it again. The story travels across the world linking unlikely events and people together. Very cleverly done.
Read more
One person found this helpful
Helpful
Comment Report abuse

Susan
5.0 out of 5 stars Set aside time to read; it’s hard to put down!
Reviewed in Australia on 4 October 2018
Verified Purchase
Another great Robotham! Full of everything that makes great reading.
Read more
One person found this helpful
Helpful
Comment Report abuse
See all reviews

Alessi Lover
5.0 out of 5 stars The Wreckage - Michael Robotham - Might be an Older Read But Worth Reading
Reviewed in the United Kingdom on 31 May 2018
Verified Purchase
Just what did Holly steal to cause such a dramatic outcome? Like with all books by Michael Robotham you feel like you are on a roller coaster rider right from start to finish. This one no exception whatsoever. Ex cop Vincent has his work cut after finding himself robbed whilst trying to play Good Samaritan but is all as it seems? Can never be so straight forward in reads by this author and that’s what’s I love about them. This might be an older read which I bought a good while back but only got round to reading it after sorting a cupboard out with it in after finding it again.
Read more
One person found this helpful
Report abuse

W. M. Hawkins
2.0 out of 5 stars Not the best
Reviewed in the United Kingdom on 19 November 2012
Verified Purchase
I love Michael Robotham books and have read all his books so far. I was really disappointed with this one. It was set in Iraq and London and you can't see any connection between the two until well into the book. I would have been happy to stay with the murder in London, but then it goes back to the Iraq storyline. I found it confusing with so many people popping up. People in Iraq, America and London. Even at the end I was not certain who everyone was, other than Ruiz, Joe and Holly.

The story begins with Luca a journalist working in Baghdad on a story about Suddam Hussain's missing money. Back in London Vincent is drugged and robbed by a couple. The boyfriend ends up murdered and Vincent decides to help Holly, the girlfriend. He gets deeper and deeper not really knowing whose feet he is treading on.

This book is a follow on with the 2 main characters but it is also a stand alone book and you certainly don't need to have read the earlier books to read it.

Mrs A.
5.0 out of 5 stars Can recommend all his books
Reviewed in the United Kingdom on 6 March 2019
Verified Purchase
Very good author gripping to end
Read more
Report abuse

SylviaE
5.0 out of 5 stars The Wreckage
Reviewed in the United Kingdom on 7 October 2013
Verified Purchase
Fast and furious, he makes me so nervous about the fate of his characters i have not been disappointed with any of his work. Very unputdownable books. As an ex journalist his written work is of a very high standard (not like mine,)
Read more
One person found this helpful
Report abuse
See all reviews
Get FREE delivery with Amazon Prime
Prime members enjoy FREE Delivery and exclusive access to movies, TV shows, music, Kindle e-books, Twitch Prime, and more.
> Get Started
Back to top
Get to Know Us
Make Money with Us
Let Us Help You
And don't forget:
© 1996-2020, Amazon.com, Inc. or its affiliates