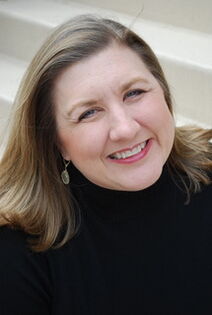 Start reading Wraith (Debt Collector Episode 10) on your Kindle in under a minute.

Sandy S.
4.0 out of 5 stars Where your debts are paid with your life
Reviewed in Australia on 21 October 2014
4 stars--WRAITH is the first installment in Susan Kaye Quinn’s Season 2 Debt Collector-a serial format series focusing on a dystopian future where the debt you owe is paid with your life. This is Debt Collector Alexandra Sterling’s (aka Wraith) storyline. Wraith is a reluctant Debt Collector-she is the epitome of everything she hates and more- a supernatural human with the ability to pull the life essence out of your body.

WRAITH is the introductory storyline to Susan Kaye Quinn’s Season 2 Debt Collector series. Wraith is a woman whose abilities are known to very few and going it alone is all she ever wants. But her most recent ‘collection’ finds Wraith face to face with another debt collector-one who knows more about Wraith than could she could possibly imagine.

Reviewing a serial novella series is difficult without giving away too many spoilers. Each ‘episode’ reveals a little more information about the background and the characters but is not a complete storyline. With that in mind, WRAITH reveals some of the reasons our feisty, independent heroine is reluctant to reveal her ability and why she is determined to mete out revenge.

Susan Kaye Quinn does an amazing job continuing the world building in a dystopian future where if you have the money, you can buy just about anything you want-including a more younger-you.
Read more
Helpful
Report abuse
See all reviews

Kris Miller
5.0 out of 5 stars An edgy Sci-fi read
Reviewed in the United States on 28 January 2017
Verified Purchase
Alexa Sterling is the recent heiress to Sterling Cybernetics since her father's death just three weeks prior. Having been very outspoken against debt collection, she's convinced that was the reason for his murder. Alexa herself wants to follow in her father's footsteps. Stop debt collection as well as debt collectors, those whom steal the life force of others and then transfer it to the highest bidder.

There's just one small problem: Alexa herself happens to be a debt collector as well who goes by the alter ego name of Wraith. Unfortunately, this wasn't the life she chose. To make the best of it, she hunts down those she knows that has taken the life energy from the innocent, thereby shortening the innocents' life, just to prolong prolong their own. Then she pays out that life energy into sick children in the hopes of giving them more time. While not always easy, Alexa/Wraith has been able to manage her dual lives. Or at least she was able to until another mysterious debt collector showed up during a collection.

This book immediately kicks it into high gear from page one. It's fast paced, lots of action, and the all around snappy writing I've come to expect from any story from this amazing author. If you've already read the first season of the Debt Collector then you will definitely be thrilled to be back in this world once again. If you haven't read the first season, don't fret, there's no need. Granted, of course I'm going to suggest you do, because it's just a wild ride!

Wraith's character is awesome. She is just such a mixture of things, it makes her both enduring and believable. She is tough and edgy, but also vulnerable. She feels guilt for being a debt collector, like it's a curse, yet she uses it as a blessing to others. There are times you really want to shake her, but yet you know her heart is in the right place. Overall, this is a great read, and I'm looking forward to the remaining books in this series.
Read more
Report abuse

Julie B
4.0 out of 5 stars Quinn's done it again
Reviewed in the United States on 26 October 2014
Verified Purchase
Admittedly, I was nervous about bagging into a Debt Collector story not told from Lirium's pov, but once, more Susan has created an intriguing MC and left the reader with just enough intrigue to need to read on. Very much looking forward to seeing how much each episode will leave me hanging for the next.
Read more
Report abuse

Kindle Customer
4.0 out of 5 stars Four Stars
Reviewed in the United States on 30 August 2016
Verified Purchase
This story was not as good as the first one. But I still enjoyed it.
Read more
Report abuse

David Gosnell
5.0 out of 5 stars Five Stars
Reviewed in the United States on 24 April 2016
Verified Purchase
fun to read
Read more
Report abuse
See all reviews
Back to top
Get to Know Us
Make Money with Us
Let Us Help You
And don't forget:
© 1996-2021, Amazon.com, Inc. or its affiliates