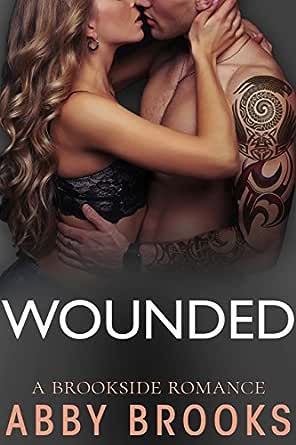 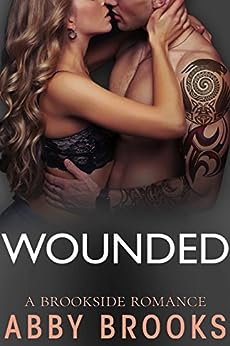 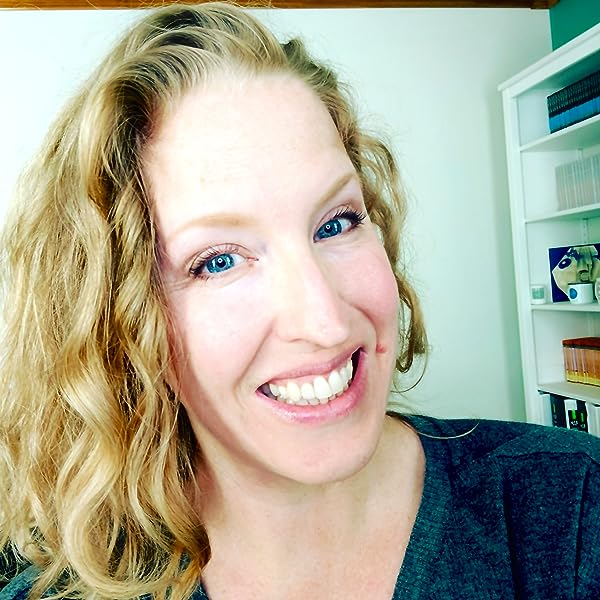 4.4 out of 5 stars
4.4 out of 5
66 global ratings
How are ratings calculated?
To calculate the overall star rating and percentage breakdown by star, we don’t use a simple average. Instead, our system considers things like how recent a review is and if the reviewer bought the item on Amazon. It also analyses reviews to verify trustworthiness.

From the first chapter I was sucked in to this story. Who wouldn't be? A nurse fighting with a cocky pop star! She takes no nonsense from him. Great stuff. I had some laughs and a few tears whilst reading Bailey and Liam's story. The story did seem to run out of steam for a bit in the middle, a bit too much self doubt and no strength of personality for a little while (in my humble opinion) but the ending made me shed some tears as well as smile a happy smile.

Liam is in an accident and ends up in hospital. Bailey is the nurse in charge of this egotistical pop star who is rude, arrogant and has to be put in his place often. When Liam tells his manager he is being looked after by his nurse, Bailey, when he leaves the hospital, they are both shocked. The more time these two spend together, the more they tolerate and like each other. Liam feels at peace. Things get messed up and there is some drama...

You'll have to read it to find out what happens.
I'd be interested to read Lexi's story, Bailey's best friend. I have a suspicion that needs confirming...

Cas
TOP 500 REVIEWER
5.0 out of 5 stars Wow
Reviewed in Australia on 6 May 2019
This was an awesome find yourself story. She lost in her past and he lost in his present. Till they come together and find their future together. Might need a tissue handy. A great emotional read.
Narration was awesome.
Read more
Helpful
Comment Report abuse

mel_t
5.0 out of 5 stars Great read!
Reviewed in Australia on 15 April 2017
This is the first book I've read from Abby Brooks and I could not put it down. Heart-warming, heart-wrenching....this is a must-read. I'm looking forward to more from this author - she's definitely been added to the top of my "to be read" list.
Read more
Helpful
Comment Report abuse

BecP
TOP 1000 REVIEWER
5.0 out of 5 stars Gorgeous,sweet,Loving
Reviewed in Australia on 17 March 2018
Ooh wow this is seeet, Loving, Beautiful, Heartbreaking Liam land's in brookside due to an accident there he meets the feisty Bailey. Of course his PA wants him back in LA but he dcides to hide away With Bailey there things start to happen, there is passion heartache love and just gorgeous.
Read more

all the books are mine!
5.0 out of 5 stars Emotional and beautiful
Reviewed in the United Kingdom on 18 July 2017
Verified Purchase
Wow, wow, wow. I didn't know what to expect when I picked this book up but I was unprepared for the emotional impact this beautiful story had on me. I know Abby Brooks can write, but my goodness she has taken her skill to another level.
Not going to lie, there are parts of this book that are hard to read. There's so much loss that when the happier moments happen, it's a genuine relief. Read with tissues!
Read more
Report abuse

Karen Galloway
5.0 out of 5 stars A Really Good Read
Reviewed in the United Kingdom on 21 March 2017
Verified Purchase
I really enjoyed this book, it has a great story and it kept me engrossed from start to finish. I loved the chemistry between the characters and the way they interacted with each other. This is a sweet, emotional, romantic must read book and I recommend it to anyone. I voluntarily reviewed an arc of this book
Read more
One person found this helpful
Report abuse

Angela
5.0 out of 5 stars Just a wonderful story
Reviewed in the United Kingdom on 23 March 2017
Verified Purchase
A beautiful love story strong characters a good storyline and so sad in places it made me cry, I love all of the books that Abbey has written I can't wait to finish the book but feel sad when I have. Just buy it and see what I mean
Read more
Report abuse

Gatorfan
4.0 out of 5 stars rock star and the nurse
Reviewed in the United States on 10 August 2017
Verified Purchase
This is a stand alone read with no cliffhangers. the story is about two wounded souls. He is a big rock star, performing since he was 14. Everyone wants a piece of him without really caring about him or who he really is. His tour bus had a terrible accident that put him in the hospital in a small town in Ohio. He is spoiled and a total selfish brat, tired of being used but he allows himself to stay in the pattern. He is suffering from a scar to his face and he is angry, bitter and hitting out at everyone. He decides he is not going back to Hollywood, he is going to stay in the town, in secret, and heal his soul as well as his body. He decides he will stay with the nurse that he has given nothing but grief.

The nurse has a lot of issues as well. Her parents and boyfriend died tragically and she takes full responsibility. Her younger brother is a drunk and she takes total responsibility for that. She has not discovered that you cannot control another person's actions or reactions, so she wears the hair shirt. She really doesn't want the rock star in her house but she feels his pain and thinks she can help.

So they spend the majority of the book trying to figure out the other's way of life and circumstances. Now, he is suppose to stay undercover so that no one would know he was still in town. I would imagine this character is based a bit on Justin Bieber. So, what does she do? She takes him to the local bar to have him meet with her brother. I have to wonder why she didn't just invite the brother over! But their big secret blows up in their faces. He is really liking this gal and the peaceful way of life in the small town.

Lots of drama and soul searching. Interesting read and I would recommend it to those that like the drama that some star crossed lovers go through.

I was not paid for this review. I am not an author nor do I know one. I am not kin to this author. I am a reader and this is my opinion, nothing more, nothing less. 8/9/17.
Read more
10 people found this helpful
Report abuse
See all reviews
Get FREE delivery with Amazon Prime
Prime members enjoy FREE Delivery and exclusive access to movies, TV shows, music, Kindle e-books, Twitch Prime, and more.
> Get Started
Back to top
Get to Know Us
Make Money with Us
Let Us Help You
And don't forget:
© 1996-2020, Amazon.com, Inc. or its affiliates