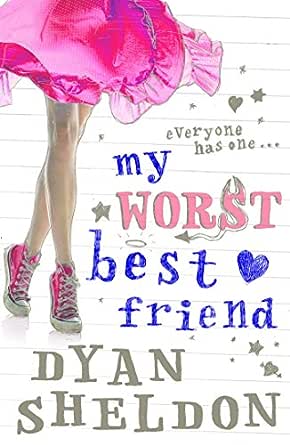 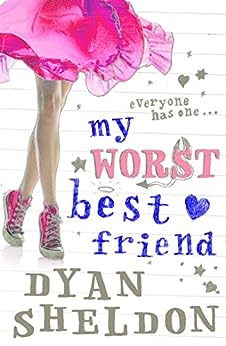 A graceful and talented writer -- Sally Morris * The Daily Mail * Girls of 11+ may want to chill with Dyan Sheldon's wise and witty novel about toxic friendships. * The Times *

A warm, smart and very funny look at the friendship between two very different girls.

Gracie and Savannah are best friends – despite being totally different. Savannah is beautiful, outrageous and irresistible to the opposite sex. Gracie is shy, smart and would rather be learning about lizards than meeting boys. Together they make a great if surprising team and it seems like nothing could come between them – but Gracie begins to question Savannah's reliance on lies and manipulation to get her own way and wonders whether her friend is quite as confident as she seems. When Gracie meets a boy she really likes, and Savannah comes between them, Gracie realizes that maybe it's time she started thinking for herself. The two friends may never be as close as they were but they've learned a great deal from each other. This is a witty and very funny story about friendship, keeping your own identity and moving on.

Amber Walter
5.0 out of 5 stars Epic
5 October 2013 - Published on Amazon.com
Verified Purchase
My worst best friend was the best book ever!! I am so glad that Gracie starts to listen to her self rather than listening to Savannah. I love the part where Cooper finally admits to Gracie that he likes her. I hope there is a second book!!!! :)
Read more
One person found this helpful

Joanna Kulakowska-Kumoch
5.0 out of 5 stars Worst best friends
27 September 2016 - Published on Amazon.com
Gracie is smart, short and obsessed with lizards, while Savannah is tall, loud and beautiful. No matter how different they are, they're best friends to the end.

Savannah's description seems cool, yet her dialogue is filled with "I mean"s and "like"s and she can hardly ever say any phrase correctly. Gracie is smart enough to know her words and correct Savannah.

However, Savannah, who already has a boyfriend, meets a different boy. His name is Morgan Scheck and he's cuter than her own boy, Archie. That's why she "forgets" to go to the mall with poor Gracie, who decides to go to a meeting with Zebediah Cooper, an unpopular boy who only she seems to like.

Savannah then starts using Gracie - lying to her friends, her family, her boy. She even makes Gracie lie and calls it "supporting" her. She had told Gracie that she's not dating Morgan yet, because she's already dating Archie. Oh, well. It turns out Savannah has Gracie lie to her other best friend, Marilouise Lapinskye, that she can't come to her birthday party because she's "sick". She then tells Gracie about her...(drumroll) DATE with Morgan Scheck! Ohmigod!

Savannah also doesn't approve of Gracie meeting Cooper. Gracie only considers Cooper a friend, but what does Savannah know?

It turns out that Gracie will want to stop lying to Cooper, Marilouise, Archie and her father Robert Mooney, which also means she will also stop supporting her friend. And I'll guess you know who Gracie will befriend in the end…

TeensReadToo
4.0 out of 5 stars Courtesy of Teens Read Too
15 October 2010 - Published on Amazon.com
Gracie has always been surprised that Savannah considers her a friend - not just a friend, but a best friend. Gracie lives a fairly boring existence with her father hovering protectively. She is not really sure why Savannah finds her so fascinating.

Things have changed a bit recently, though. Frequently forgetful, Savannah seems to be even more scattered. When she sets a time to meet Gracie at the coffee shop, it has become a common occurrence for her to be late or possibly not show up at all. Her excuses are pretty lame, even bordering on rude.

On one such occasion when Gracie had been waiting for over an hour for the tardy Savannah, Cooper showed up and invited Gracie to go to a local community center called the Neighborhood. Gracie and Cooper have always shared a common interest in promoting worthy causes, and now Cooper wants to show off the community center in hopes of recruiting her as a volunteer. She has a terrific time but is almost discouraged by the careless attitude Savannah has when Gracie tries to share her enthusiasm about the great work done at the center.

Having Savannah "forget" appointments or complain of schedule conflicts is one thing, but when she begins to include Gracie in downright lies to hide her real activities from others, Gracie decides something must be done.

In MY WORST BEST FRIEND, author Dyan Sheldon portrays friendship at its worst. Many readers will unfortunately be able to relate to Gracie as she experiences Savannah's mistreatment. After her initial shock and disappointment, Gracie shows readers how to deal with an abusive friend. MY WORST BEST FRIEND provides a peek into an all too common problem in the world of BFF's.

Alex
3.0 out of 5 stars My Worst Best Friend
17 November 2010 - Published on Amazon.com
I was expecting My Worst Best Friend to be completely different than what it ended up being. I still enjoyed reading it, but I think I would have preferred the book I thought it was going to be, instead of what it actually is. Don't get me wrong, I still liked it, but not as much as I was expecting to.

The two main characters in this book made me want to stab my self in the eye, with some intensely sharp objects. I was wondering the entire time if they had brains, and I'm still not sure. There is no way two girls like that could be friends. I did like the side characters, however, and they were probably the reason I continued to read when I was ready to slap Gracie and Savannah upside the head, metaphorically of course.

I wasn't too keen on the writing style, either. The story was woven well, but some little quirks in the writing really made me enjoy the book less. It is obvious from Dyan Sheldon's success that she is a good writer, but I didn't really enjoy her style.

The story, though completely different than I expected, was a pretty decent read. It was entertaining to read about Sav and Gray's disputes, even if some of them made me want to pull all of my hair out. The progression of Gracie's character was great, but it didn't really happen until the very end of the book. As for Savannah, there is really no hope.

If you are looking for a quick, light read you can sit down with to take your mind off of life, My Worst Best Friend may be for you. If you are looking for a fantastic book that will keep you thinking until the late of night, you may want to stay away from this book.
Read more
Go to Amazon.com to see all 7 reviews 3.6 out of 5 stars
Get FREE delivery with Amazon Prime
Prime members enjoy FREE Delivery and exclusive access to movies, TV shows, music, Kindle e-books, Twitch Prime, and more.
> Get Started
Back to top
Get to Know Us
Make Money with Us
Let Us Help You
And don't forget:
© 1996-2020, Amazon.com, Inc. or its affiliates