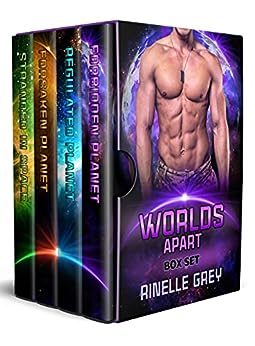 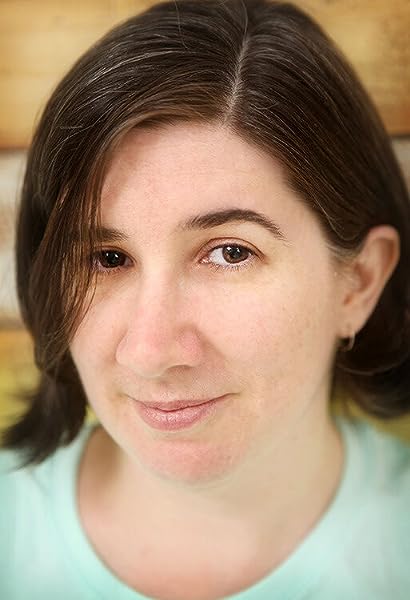 Tessa
TOP 100 REVIEWER
4.0 out of 5 stars Cute futuristic romance
Reviewed in Australia on 31 March 2016
Verified Purchase
This is the first series that I have read of Rinelle Grey. I read the SERIAL about the Dragon shifters first.
As I've no doubt made it painfully clear - I hate serials.
This, however, is a series. Quite a good series at that!
The first book is the story of a spaceforce pilot from The Colonies, crashlanding on a very inhospitable planet. There he discovers refugees from another planet in the system (Semala, which was hit by a comet) who have been struggling to survive for twenty years. This planet (Zerris) and its atmosphere is full of a gas, called Anysone, which is toxic to humans but which the Colonies are desperate for as it is used to fuel their spacecraft.
While there he meets, and falls in love with, Marlee.
It doesn't change the fact that somehow he has to find a way to repair his ship in order to get home.
Book two is the story of the return to Urslat where Tyris and Marlee run foul of a plot to keep them quiet about what really happened in Marlee's home system. The Colonial government is facing problems with overpopulation which it hasn't dealt with very well. Somehow, Tyris and Marlee have to find a solution to suit the government, desperate families and their own refugees from Zerris.
Book three. Having reached an agreement with the government, Tyris and Marlee set off back to Semala with a ship full of refugees and discontents. With Marlee extremely pregnant, a large amount of responsibility falls on Kerit's shoulders as they reach planetfall.
Once on the planet, Kerit finds that it isn't as unpopulated as assumed when he runs into Holly. This has tremendous consequences for all concerned. Before Merit even gets to meet the locals, he and Holly find themselves facing danger from an unexpected source. It takes Kerit all of 24 hours to realise that he has fallen hard for Holly who has never had anyone appreciate her and struggles to accept her own feelings.
She has fought all her life to prove that her dead father was a brilliant scientist by looking for the ship he invented.
In the end it all rests on this young couple to show the rest the way.
The only thing that I have against Rinelle's stories is fact that they are often short on logic. However, this is sci-fi and authors are allowed some latitude as they are making up science (to some degree) as they go.
One thing that I like is that she thinks outside the box.
At the end of book three she introduces us to Reckless Remedy but gives no indication of when it will be available. (Minus 1 star? Nah.)
Good value for the money

Kay Mack
TOP 500 REVIEWER
5.0 out of 5 stars So sweet!
Reviewed in Australia on 21 August 2019
Verified Purchase
It was such a fun thing being able to read all four stories without having to wait. This author always delivers, and the box set does that. Chock full of excitement, danger, love, hate, and romance, you are left with a warm heart, a smile, and a little blush. And you get HEA to the max.
Read more
Helpful
Report abuse

Amazon Customer
5.0 out of 5 stars Well written flowed along loved them ,
Reviewed in Australia on 24 August 2016
Verified Purchase
i think it will appeal to all readers not just the romance genre.

Im looking forward to book 4 just about to start it.

Thanks again hope there are more to come.
Read more
Helpful
Report abuse
See all reviews

Kindle Customer
5.0 out of 5 stars Amazing sci-fi Romance boxed set
Reviewed in the United States on 27 November 2018
Verified Purchase
Forbidden Planet-- a pilot , who has a implant preventing contraceptive, is an embarrassment to his wife and thinks of a daring plan to find spaceship fuel. The fuel bring him in there more favorable light to his wife and his planet so he can get rid of the implant. Unfortunately, he crash-lands on a planet disabling his ship. There he meets Marlee.

Forsaken Planet-- Tyris, Marlee, and the rest of their extended families from the mining planet and the colonies have bought a spaceship to go back to the colony which was destroyed by an asteroid. There Kerit, Tyris's brother, meet this fascinating , attractive , and jack-of-all-trades all trades girl named Folly. She had been trying for years to find her father's Wormhole ship. Kermit and Folly encountered and trapped by an alien who land on their planet. Kerit tries to communicate with the alien. Is he friendly?

As I read each book more and more characters with their distinctive personalities are added. These characters are very unique, opinionated, stubborn, and at times sexy. There are many worlds in which these people travel in and it accumulates in the third book. However, there is a fourth book in this series of which I'm equally to get next month. It is about they're finding a new home which they can maybe terraform and install the Wormhole device to get there. They will also try to get the alien home.

I love this book for fast-paced drama that I could not put down to even late at night or rather early in the morning. I give it a 5-star rating but it deserves more stars. Very highly recommended.

Hunt
2.0 out of 5 stars Each book got worse
Reviewed in the United States on 4 February 2019
Verified Purchase
Each book got worse. The misuse of words. Convoluted sentences. Slang most people wouldn’t understand, as it’s regional.
As for story, they are slow and repetitive. Each story is more so. Meaning there is almost no forward movement of plot or characters. (Note: forward. Not forwards! As the author used repeatedly and incorrectly)
If you aren’t put off by typos and bad editing and plodding stories, read this series. If you prefer proper words and grammar in your reading, don’t read this series.
Read more
Report abuse

ck762
5.0 out of 5 stars Excellent
Reviewed in the United States on 7 February 2016
Verified Purchase
I thoroughly enjoyed all 3 books in this box set. The first and second were my favorites, but only because I felt like the last one was too short. I really would have liked Kerit and Folly's story to have been fleshed out more. It was good, but felt rushed/more short story-like. Definitely glad to have discovered a new author who knows how to write such great characters you care about in very interesting settings.
Read more
One person found this helpful
Report abuse

Barbara Blankenship
5.0 out of 5 stars Awesome
Reviewed in the United States on 4 July 2021
Verified Purchase
I want more, please don’t let this be the last one, do they make this planet their home? Please more
Read more
Report abuse

Kindle Customer
4.0 out of 5 stars Fun
Reviewed in the United States on 4 August 2019
Verified Purchase
Enjoyed the different characters in each story. Liked the build up to the end. Was able to put the book down in some parts and not read for some time . That is why I gave only 4 stars.
Read more
Report abuse
See all reviews
Back to top
Get to Know Us
Make Money with Us
Let Us Help You
And don't forget:
© 1996-2021, Amazon.com, Inc. or its affiliates