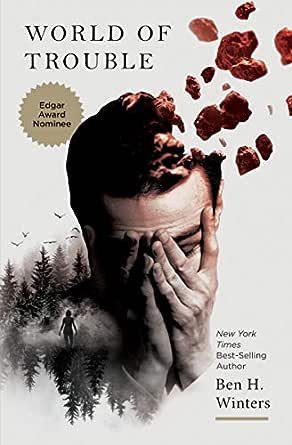 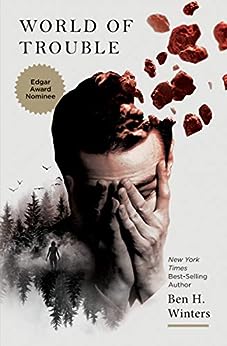 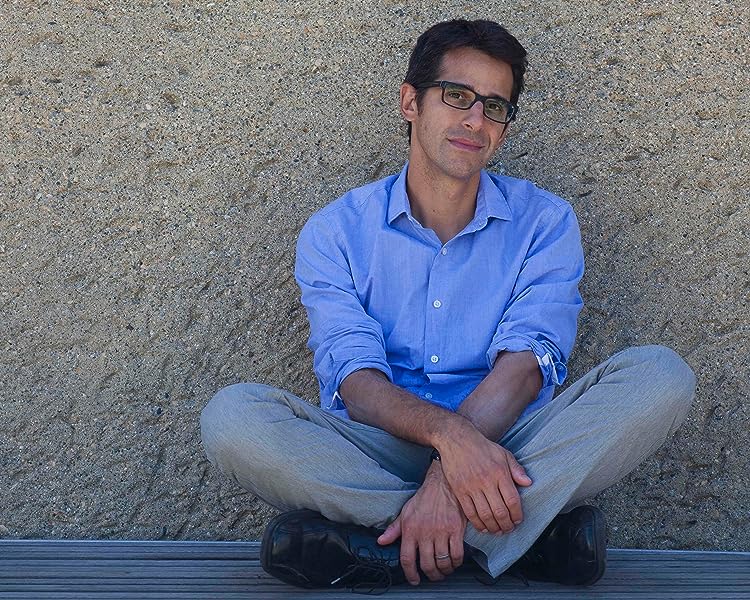 "Winters, a major talent, gives us the best realized world on the verge of annihilation that this reviewer has seen since Cormac McCarthy."--Sci Fi Magazine

"Winters' style is a slow burn....His cadence is a steady beat rather than a roller coaster, and his words sparing and simple. They will stay with you." --William O'Connor, The Daily Beast

"Riveting entertainment."--The A.V. Club "In this remarkable series, Winters creates a melancholy hybrid of crime and science fiction, managing to subvert the expectations of both genres."--San Francisco Chronicle "World of Trouble is a page turner, a book that is riveting and humane, suspenseful rather than frenetic, and moving rather than depressing; and the key to it all is our guide trough this crumbling world. Palace is a brilliant creation, the perfect hero for our eschatological age."--Tor.com "More than a shining example of how to write about the apocalypse--it's one of the most well-written mysteries of any era...World of Trouble is a book you don't want to miss."--Paste "That Winters can paint for us a world that is so bared-boned, raw and honest is why this is one of the best books of the year so far."--Cleveland Plain Dealer "This is quality writing."--Cape Cod Times

"World of Trouble demonstrates a greater confidence in the storytelling, richer supporting characters, and an ending that I wanted to both race toward and hold off as long as possible."--Indianapolis Business Journal

"Winters has done an excellent job."--McClatchy

Praise for Countdown City
Winner of the 2014 Philip K. Dick Award "I always appreciate novels that have new and interesting approaches to traditional genres, and Ben H. Winters' two novels featuring Hank Palace fill the bill."--Nancy Pearl, NPR "Winters is brilliant in conveying the ways in which people look for their best impulses but often end up as the victims of other people's most base instincts."--Toronto Star "Don't miss this series!"--Sci Fi Magazine "Winters is a deft storyteller who moves his novel effortlessly from its intriguing setup to a thrilling, shattering conclusion."--Los Angeles Review of Books Praise for The Last Policeman
Winner of the 2013 Edgar(R) Award Winner for Best Paperback Original
One of Slate's Best Books of 2012 "[The] weird, beautiful, unapologetically apocalyptic Last Policeman trilogy is one of my favorite mystery series."--John Green, author of The Fault in Our Stars and Paper Towns "Winters's apocalyptic detective story contains an earth-shattering element of science fiction that lifts it beyond a typical procedural."--New York Times Book Review

"An appealing hybrid of the best of science fiction and crime fiction."--The Washington Post "In his acclaimed Last Policeman trilogy, Winters showed off his mastery of edgy, sardonic wit -- there's nothing like an asteroid speeding toward Earth to bring out the black humor in people."--Newsday

Nominated for the 2015 Edgar® Award for Best Paperback Original

With the doomsday asteroid looming, Detective Hank Palace has found sanctuary in the woods of New England, secure in a well-stocked safe house with other onetime members of the Concord police force. But with time ticking away before the asteroid makes landfall, Hank’s safety is only relative, and his only relative—his sister Nico—isn’t safe. Soon, it’s clear that there’s more than one earth-shattering revelation on the horizon, and it’s up to Hank to solve the puzzle before time runs out...for everyone.

Lisa H
4.0 out of 5 stars Good read but expensive
26 July 2018
Format: Kindle EditionVerified Purchase
Borrowed the first 2 books of this trilogy from my local library and read them in one afternoon (they are short books). Unfortunately they didn't have the World of Trouble so I purchased the e-book for $15 AUD, which in hindsight was pretty expensive for a 320 page e-book. Loved it though! Maybe an omnibus at a more reasonable price for future readers?
Read more
Helpful
Comment Report abuse

Becandcall
5.0 out of 5 stars Absolutely perfect.
23 May 2019
Format: Kindle EditionVerified Purchase
Clean, hard paced writing. A great story, well told. Steers clear of the worst apocalyptic cliches (why must Americans always form posses when the world ends?) and instead looks at motivation and decisions - why would you keep going? Why would you stop? How would you react? What choices would you make?
Read more
Helpful
Comment Report abuse

magzmay
5.0 out of 5 stars Pretty awesome novel!
30 March 2017
Format: Kindle EditionVerified Purchase
This is the third book in the trilogy of a futuristic end of the World Series. I think it has to have this ending which still leaves future possibilities. Intriguing and very well written. I do like the faith in the goodness of people as rare as it is to find it.
Read more
Helpful
Comment Report abuse

Jeffrey Swystun
TOP 100 REVIEWER
4.0 out of 5 stars Not Prepared for the Loss
17 August 2014
Format: Kindle Edition
This final volume of the Last Policeman trilogy follows the former (young and novice) police detective, Hank Palace, as he attempts to find his sister and unravel a mystery before the world literally ends. The series has worked admirably not only because of "the asteroid racing towards earth" premise but because of Hank himself. He strikes me as having a bit of Asberger's. Hank is intensely aware and then seemingly lost. He grips the familiar while everything around him is falling apart. The devotion to duty neared sarcasm in the first two novels with it reaching a melancholy, if not, sad desperation in this outing.

Winters told us from the outset that the world would end but I was not quite prepared for the loss. The honesty of the characters facing the inevitable had me rooting for a Hollywood ending. Yet, what is delivered is right regardless of the hole it leaves. The author has shared the message that as flawed as we are as individuals, in our silly tribes and in the collective there was something worth searching and fighting for.

Go to Amazon.com to see all 408 reviews 4.3 out of 5 stars
Get FREE delivery with Amazon Prime
Prime members enjoy FREE Delivery and exclusive access to movies, TV shows, music, Kindle e-books, Twitch Prime, and more.
> Get Started
Back to top
Get to Know Us
Make Money with Us
Let Us Help You
And don't forget:
© 1996-2020, Amazon.com, Inc. or its affiliates