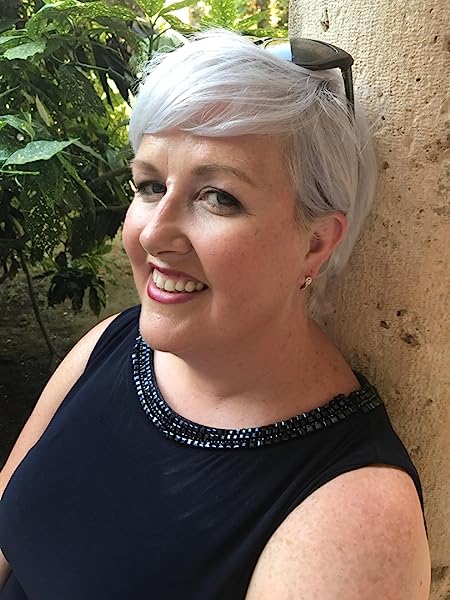 by Jean Grainger (Author)
4.7 out of 5 stars 2,168 ratings
See all formats and editions
Sorry, there was a problem loading this page. Try again.

Page 1 of 1 Start overPage 1 of 1
Previous page
Next page
Start reading The World Starts Anew on your Kindle in under a minute.

4.7 out of 5 stars
4.7 out of 5
2,168 global ratings
How are ratings calculated?
To calculate the overall star rating and percentage breakdown by star, we don’t use a simple average. Instead, our system considers things like how recent a review is and if the reviewer bought the item on Amazon. It also analyses reviews to verify trustworthiness.

Pam Moriarty
5.0 out of 5 stars Fantastic
Reviewed in Australia on 26 December 2020
Verified Purchase
I just loved these books couldn’t put them down Jean Grainger is a marvellous writer
Read more
Helpful
Report abuse

SALLY SANDERS
5.0 out of 5 stars Another fantastic book by Jean Grainger!
Reviewed in Australia on 27 November 2020
Jean Grainger has done it again. The story focuses on Erich Bannon, but has all the beloved characters included. Book Four in the series, it feels like you are visiting old friends. Loved it.
Read more
One person found this helpful
Helpful
Report abuse
See all reviews

Mrs. L. M. Morse
5.0 out of 5 stars A book that takes you there...
Reviewed in the United Kingdom on 11 March 2021
Verified Purchase
This is one of Ms Grainger's loveliest books. Like all her books it takes you into Irish communities with characters so real you want to meet them. This series follows the lives of Jewish refugees who escaped the Nazi horrors in a small farm in Ireland, and grew up there after the war. The main hero for me is the Rabbi who stays on at the farm so that survivors can keep in touch with him, including one who grew up to be a vicious criminal but one the Rabbi nurtures, still, in the hope that he'll change. It's a time when, in the Magdalene Homes for Unmarried Mothers babies were sold and the mothers earned their keep in the laundries, and there was still religious intolerance. Three faith leaders - Protestant, Roman Catholic and Jewish are the best of friends, supporting one another with humour and real affection. Jean Grainger is very gifted and her books are a delight.
Read more
One person found this helpful
Report abuse

Cassies mum
5.0 out of 5 stars The world starts anew
Reviewed in the United Kingdom on 4 April 2021
Verified Purchase
This book finally ends the love, torture and courage of this family. It is the best series of books I have read for a long long time. Thankyou
Read more
One person found this helpful
Report abuse

Taye
5.0 out of 5 stars Enjoyed
Reviewed in the United Kingdom on 19 April 2021
Verified Purchase
Have read all of the shamrock series, lovely story telling, another great read from Jean Grainger. Would definitely recommend if you want a book that you can visualise the people and places.
Read more
Report abuse

Shirley
5.0 out of 5 stars Another brilliant book!
Reviewed in the United Kingdom on 8 December 2020
Verified Purchase
Another brilliantly written book by Jean Grainger. So much detail and history. It had me in tears at the end. Well done!
Read more
One person found this helpful
Report abuse

Aviva
5.0 out of 5 stars Lovely series
Reviewed in the United Kingdom on 15 August 2021
Verified Purchase
Well written, added bits of historical information.
Read more
Report abuse
See all reviews
Back to top
Get to Know Us
Make Money with Us
Let Us Help You
And don't forget:
© 1996-2021, Amazon.com, Inc. or its affiliates